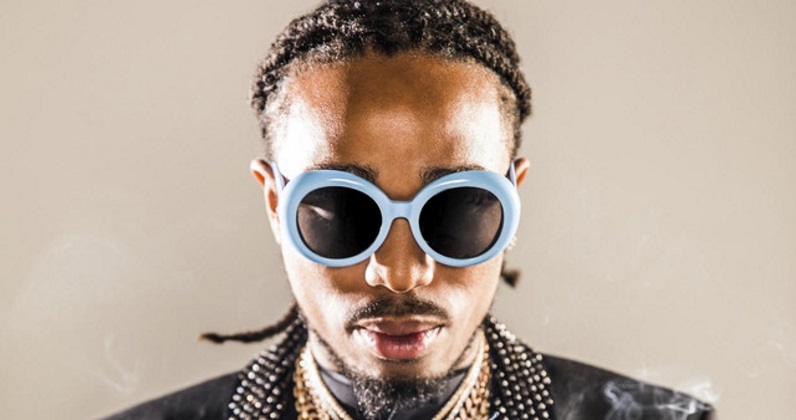 Quavo was born Quavious Keyate Marshall in Athens, Georgia on April 2, 1991, and is an American rapper, singer, songwriter, and record producer, as well as a member of the hip hop trio Migos with his nephew Takeoff and cousin Offset. Quavo has achieved success as part of Migos, and as a solo turn, built up a string of hit songs with other artists such as Camila Cabello, Liam Payne, Justin Bieber and features on DJ Khaled’s 2017 UK Official Singles Chart Number 1 I’m The One, as well as popping up performing with Madonna during the 2019 Eurovision Song Contest.