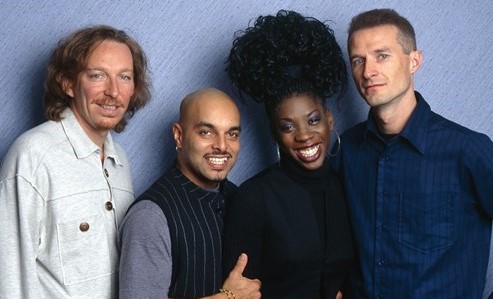 M People are an English dance music band that formed in Manchester, England in 1990. The name M People is taken from the first letter of the first name of band member, DJ and musician Mike Pickering (born February 21, 1954) who formed the group. M People’s other key ingredient was London-born high-haired lungsmith Heather Small (born January 20, 1965), alongside musician and producer Paul Heard (born October 6, 1960 in Hammersmith, London). The band were joined by percussionist Andrew ‘Shovell’ Lovell (born February 11 1969 in South East London) in 1994 as they embarked on their imperial phase through the decade up until their first hiatus in 1998, when Heather Small launched a solo career. M People won Best British Dance Act at the BRIT Awards in both 1994 and 1995 as well as having 1994’s Mercury Award winning album Elegant Slumming.