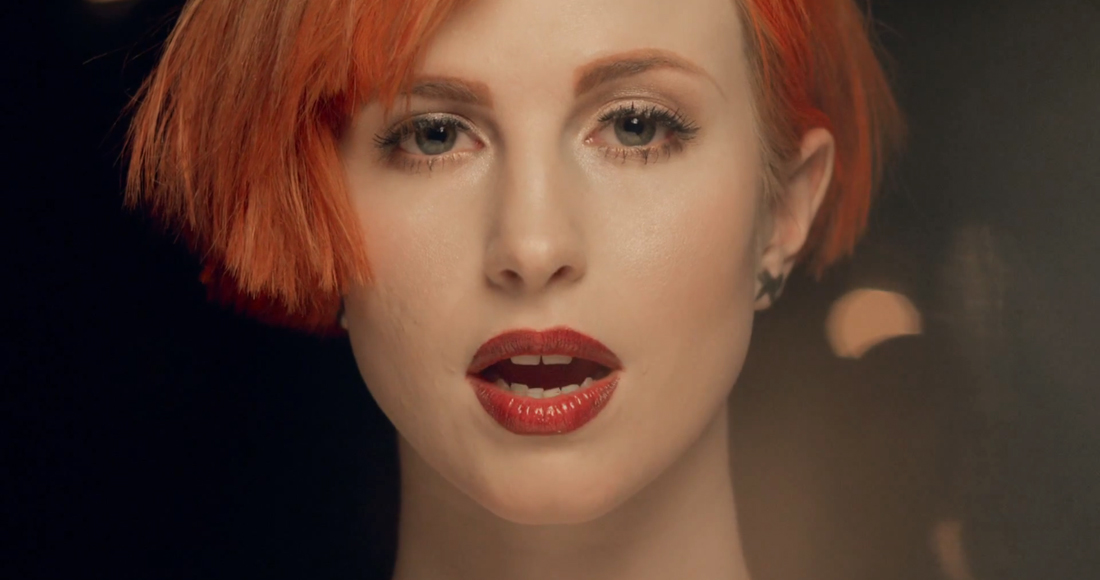 Will DJ Zedd and Paramore’s Hayley Williams' Stay The Night end Clean Bandit’s three week run at Number 1 on Sunday with Rather Be?

After three weeks at the top of the Official Singles Chart, Clean Bandit’s Number 1 reign could be coming to an end. The London-based classical quartet’s track, Rather Be FT Jess Glynne, is trailing Zedd and Hayley Williams’ Stay The Night on today’s Official Chart Update.

According to the Official Charts Company’s sales data, the Russian/German DJ and producer (real name Anton Zaslavski) and the Paramore frontwoman are leading the race to Number 1 by 5,500 copies at this midway-stage.

The duo have an impressive chart pedigree between them: To date, Hayley has had six Top 40 singles with her band, and she scored a Number 1 in 2010 featuring on B.o.B.’s Airplanes, and Zedd teamed up with Foxes to score his first UK Top 40 hit this time last year with Clarity. Yet, while Rather Be is only Clean Bandit’s second Top 40 hit to date, they’ve already seen off the likes of Pharrell Williams, The Vamps, Will.I.Am and Miley Cyrus during their tenure at Number 1.

Tune in to BBC Radio 1’s Official Chart Show with Jameela Jamil this Sunday (February 2) from 4pm Sunday to see who comes out on top, and log on to www.officialcharts.com at 7pm to see the Top 100 in full.

In addition to Zedd and Hayley Williams’ Stay The Night (Number 1), there are five other new entries on today’s Official Chart Update.

Dapper Laughs looks set to claim his first Top 10 single on Sunday. The Vine star, who describes himself as a "proper lad giving lad advice on romancing the ladies”, is new in at Number 8 with Proper Moist, which takes its moniker from one of his video catchphrases. Superstar DJ David Guetta debuts one place behind him today with Shot Me Down FT Skylar Grey (9), and Le Youth and Dominique Young Unique enter at 10.

The Irish Brigade’s Roll Of Honour is set to climb into the UK Top 40 this weekend. Originally released in the ‘80s, the song has shot to Number 24 due to a campaign by Celtic fans who are opposed to the Scottish government’s Offensive Behaviour at Football and Threatening Communications (Scotland) Act 2012 being enforced.

Meanwhile, Scottish singer/songwriter Nina Nesbitt is on course for her second Top 40 single with Selfies (29). John Legend’s All Of Me climbs 42 places to Number 30 following his performance on the Jonathan Ross show over the weekend. Ellie Goulding’s Goodness Gracious is up 11 places to 38, and London Grammar’s Strong climbs 31 places to re-enter the Official Singles Chart Update Top 40 today at Number 39.