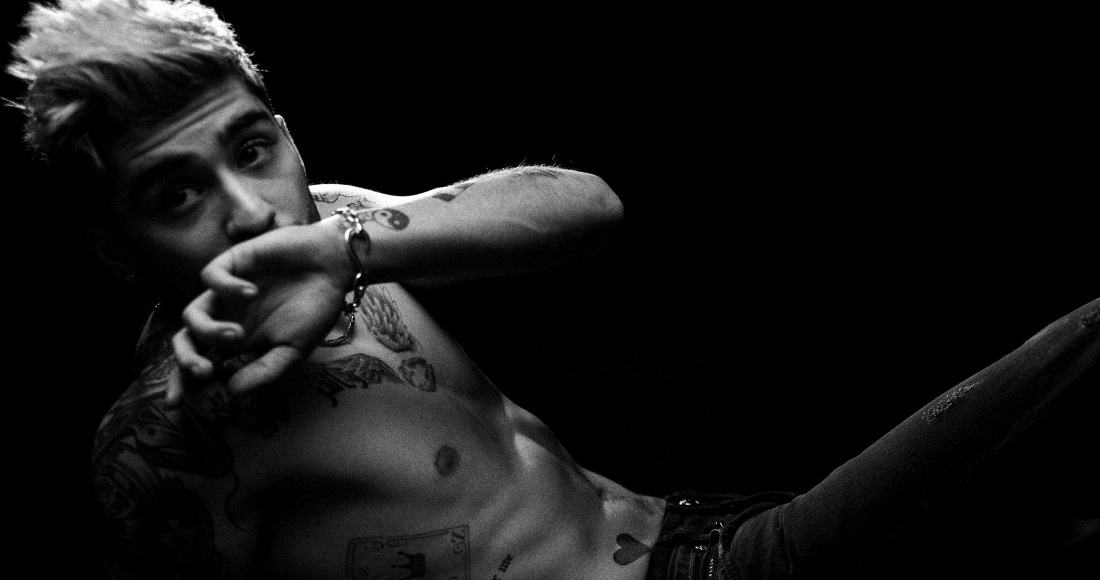 Zayn’s Pillowtalk has worked its magic over this week’s Official Singles Chart, as the former One Direction singer’s debut solo single lands straight in at Number 1.

The track enters in pole position with impressive combined sales of 112,000 (including 4.97 million streams), making Pillowtalk the fastest-selling single of 2016 so far.

Zayn fends off competition from Jonas Blue’s Fast Car, which climbs a place to 2 this week, and last week’s Number 1 Stitches by Shawn Mendes falls to 3. The Canadian was surprised earlier this week with his Official Number 1 Award during his debut TV performance on BBC’s The One Show.

Meanwhile, Rihanna’s Work leaps from 13 to 4, and Justin Bieber’s Love Yourself completes the Top 5.

Jason Derulo’s Get Ugly continues to scale the chart, moving from 25 to 17 this week, as does Zara Larrson’s Lush Life, up eight places to 19.

Further down the tally, Drake’s new single Summer Sixteen makes its debut at 23, Charlie Puth’s One Call Away enters the Top 40 at 29, and Sia’s Chandelier is back in the Top 40 at 35 thanks in part to former Liberty X singer Kevin Simm’s rendition on last week’s episode of The Voice.

Remind yourself of every Number 1 single of 2016 so far below: