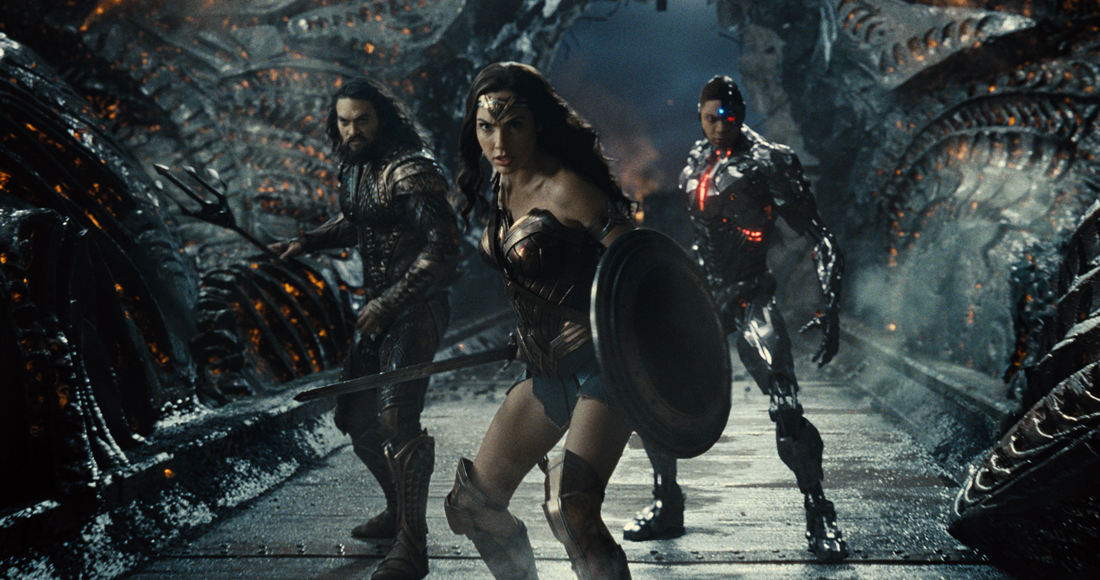 Zack Snyder’s Justice League scoops a third consecutive week at Number 1 on the UK’s Official Film Chart. On digital downloads only the bumper four-hour cut of the film still holds off close competition from DCEU sister film Wonder Woman 1984 (2) for another chart-topping week.

Horror reboot Wrong Turn makes its Top 10 debut at Number 3. A group of friends hiking the USA’s Appalachian Trail venture off the beaten track, and find themselves confronted by the deadly ‘Foundation’ – a group of settlers who have lived in the mountains for over 150 years.

Spider-Man: Far From Home swings up eight places to 4, Jumanji: The Next Level jumps four to Number 5 and award-winning Judas and the Black Messiah holds strong at Number 6. Joker drops two places to Number 7, while the mind-bending Tenet flies six to Number 8.