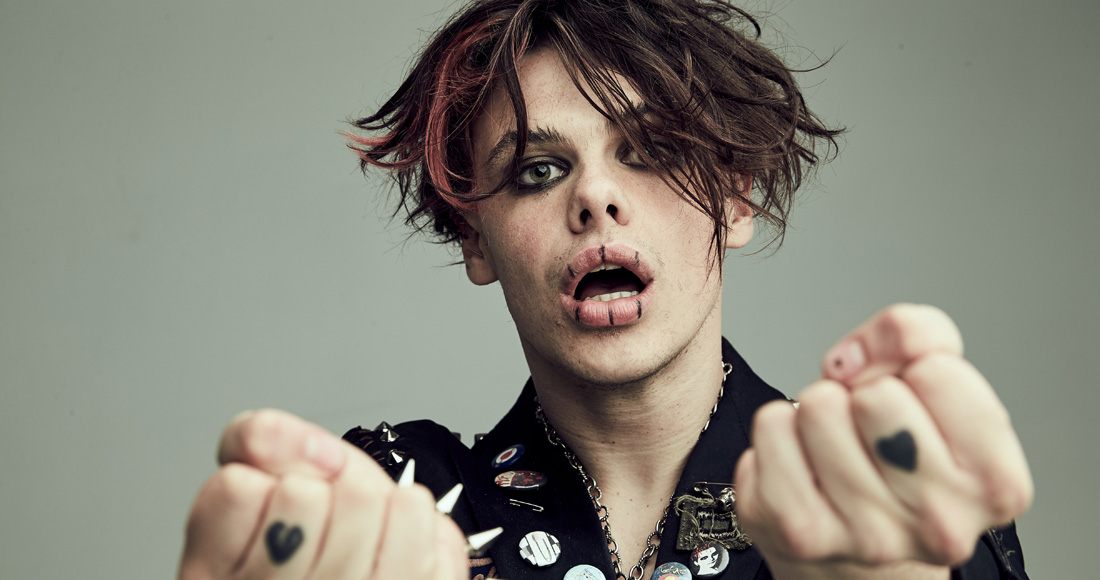 On his new collection Underrated Youth, out now, Yungblud fully estalishes himself as a rockstar for the 21st century. While his debut album, 2018's 21st Century Liability, focused on the mocking attitude some have towards Gen Z-ers, his latest set covers subjects including gun control and mental health. It's all set against a backdrop of blistering alt-punk-rock; and while his unapologetically opinionated approach will be divisive, he manages to swerve being preachy.

With so much to unpack in the EP's six songs, Yungblud talks us through each track, in his own words.

I wanted to this to be almost like a show opener. You turn it on like, 'oh the new YUNGBLUD EP is out', press play and bang… your brain literally becomes dead because it’s that crazy. The song is about looking at people who amplify unjustified hate in modern society and it's almost like, if you are going to amplify that and put it into my brain, then I’d rather my brain be braindead. I just wanted it to be this massive accumulation of energy and madness and I will 100% be opening my shows with it. And I love the major key change at the end because… why f**king not.

Yungblud interview: Everyone is so f**king safe nowadays

This song is literally a tribute to individualism. A statement saying that no one, except yourself, can dictate what is right for you and your life and who you should be. I wanted it to kind of sound a bit like Eminem in 2019 and have the instrumentation to almost be comical and witty and in your face and the lyrics to be as completely outrageous as the pictures are in my head. I wanted it to be Dom/YUNGBLUD completely uncensored.

This was a complete f**king dream come true because I saw Imagine Dragons as Leeds Festival when I was young, and Dan Reynolds is such an incredible artist and a massive inspiration to me. Everything he does for his fans, society and making people feel like it’s alright to be themselves, is so inspiring to me.

He called me, I was in New Orleans, and he was like, ‘Hey, its Dan Reynolds from Imagine Dragons’ and I was like f**k off no way. And he says to me, ;I want to do a song together I love what you’re doing’, and I’m just s***ting my pants. We get into the studio and this song comes out in a matter of hours and I think you can tell because it’s so raw and has so much energy and power to it. The song is about how your biggest superpower is being fundamentally and originally yourself because that’s all you can be. It’s about accepting the parts of yourself that you hate, because they’re going to be there forever. No one can touch you if you love yourself.

This song is so important to me. I wrote this a while ago and I played it once at a show in Amsterdam. One of the biggest tattoos in my fan base is: ‘I need to exist’. This song talks about me, it’s the first time I opened my heart up, really. It’s about me being heartbroken and me not really being able to love again because I will casually sabotage myself every fucking time because of the pain and heartbreak someone caused me. But it’s a statement saying that I hold my heart on a plate. And if you hold your heart on a plate and someone was nasty enough or naive enough to take that for granted and stab it, don’t stop holding your heart on a plate. Because, if that’s who you are… let yourself be it. Don’t become hardened and jaded by someone else’s ignorance.

hope for the underrated youth

It’s called the underrated youth EP because this is the title track from it. This talks about my community and the people I’ve met and simply the future being bright because my generation are the ones who are going to be in it. It’s exciting. I loved making this record, I literally wrote it in a Uber on the way from a gig to the studio and I woke my band up at 3am and just played it. It was amazing and I love it.

waiting on the weekend

I wrote this with my guitar teacher Shane. Shane was the manager of the guitar shop I use to work in when I grew up. He was such a big inspiration to me in terms of music and life. He taught me so much. And we wrote this song together and I thought, it’s got to be on the EP. It’s the right time for it and it’s the right time for me to do a stripped back acoustic record.

The song is recorded completely live, I’m playing guitar and singing, Adam (my guitar player) is on a 1600’s pump pedal organ. It’s one take. We can’t edit it or snip it because we’re recording at the same time through a Leslie (vintage reverb unit). Mike Crossey recorded it for us, an incredible producer. And that’s what it needed to be – a moment in time. It needed to be just a moment – a 3-minute part of life. And that’s it, no other bulls**t. Bish, bash, bosh. Rock n Roll.