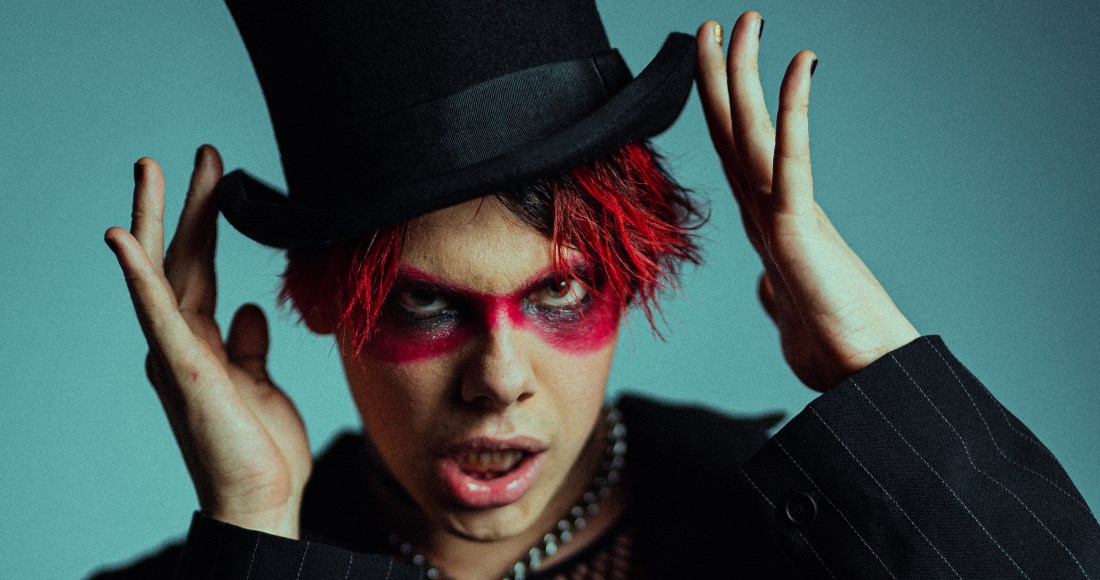 If you were to give your album a title that perfectly captures what 2020 has been like, you couldn't have hit the nail on the head much better than Yungblud, who named his new album Weird!. Exclamation mark very much intended.

If the album is a neat whiskey, then plenty of people have been thirsty for a tipple; Weird! is on course for Number 1 on this week's Official Albums Chart, ahead of Arctic Monkeys' new live album and global superstar Shawn Mendes's fourth record. The album is resonating with the masses, and the record, Yungblud explains, is all about them.

"This is their story," the Doncaster-born musician says, referring to his fans. "Last time I put out an album, I had 50,000 followers on Instagram, now I've got 2.6 million. I've met every kid in every continent, of every shape, every sexuality, every colour and they've told me a million stories.

"This album is about their words mixed with my experiences. It's about the world caving in under you in terms of sexuality, gender, drug addiction, heartbreak, family. Everything."

Real name Dominic Harrison, Yungblud insists that despite the deep connection he has with his fans, he doesn't feel pressured or that he carries a huge weight on his shoulders. In fact, he enjoys the responsibility he has manifested with his fanbase, being a beacon for them through tough times.

"It's heavy but it keeps me alive in a way, and I think it keeps them alive as well," he admits. "It's so strong of a connection. It's like a co-dependency between me and two million people. It's beautiful. We're coming together because otherwise we'd be f**ked."

MORE: Yungblud says his new single Cotton Candy is like a "shag for your ears" - Interview

Weird! spans punk, pop, emo, metal, rap and rock across its 13 tracks, with Yungblud's inspirations such as My Chemical Romance and Marilyn Manson shining through. 2020 was also the year Yungblud picked up his first Top 40 single with Bring Me The Horizon collab Obey - a "barmy" achievement, he says, to be part of a metal track that permeated the mainstream. "It was a great moment for rock," he explains, "because it has been obsolete in the mainstream for a while but it is coming back quick."

He's not wrong. Recent years have seen the genre's steady rise, with many artists opting to combine it with emo, rap and pop. As well as Yungblud, his collaborator Machine Gun Kelly leaned into the rock genre with his new album Tickets To My Downfall to huge success, and ir worked, earning him his highest-charting record to date on the Official Albums Chart.

That reclamation of guitar music and weaving it with other genres is the future of rock and roll, according to Yungblud. "It's sick to be part of a scene," he says. "This year me, MGK, Blackbear, Iann Dior, 24kGoldn, we were all together in America. It was like the '70s. We were all partying at each other's houses writing together and creating together. It very much felt like a scene.

"That's what rock and roll has been missing. There's no rules. There's a big underground movement happening. Rock and roll is changing - the freedom and punk sensibility of it all. That's the message I want to spread; the freedom to exist as whoever you want to be."