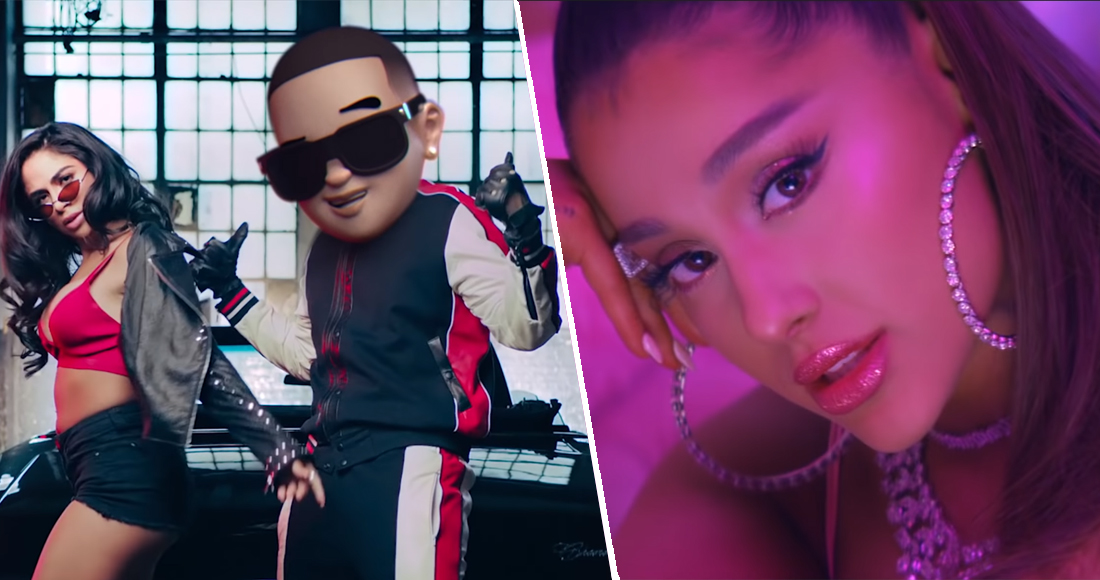 YouTube has revealed its most-viewed music videos of 2019 so far - and Latin pop makes up half of the Top 10.

YouTube reaches almost 2 billion people around the world every month, and it seems most of its users can't get enough of Spanish-language songs.

The most watched music video of the year to date is Daddy Yankee's Con Calma, with 1.16 billion views so far. The clip was released in January 2019, while a remix of the song with Katy Perry has notched up a further 59 million plays.

Ariana Grande's 7 Rings, which places fifth with 484 million views, is the only song performed entirely in English.

Elsewhere, K-Pop is represented in the list by Blackpink's Kill This Love and BTS' collaboration with Halsey Boy With Luv.

MORE: Foreign language songs that reached Number 1 in the UK

Hindi singer Dhvani Bhanushali also features in the list with viral hit Vaaste. The star is signed to India's biggest record label, T-Series, and notched up 50 million views of the song's clip in its first week.

Outside the Top 10, Sam Smith ranks 11th and claims the most-viewed video by a British artist of the year with Dancing With A Stranger, followed by Billie Eilish's Bad Guy in 12th with 351 million views.