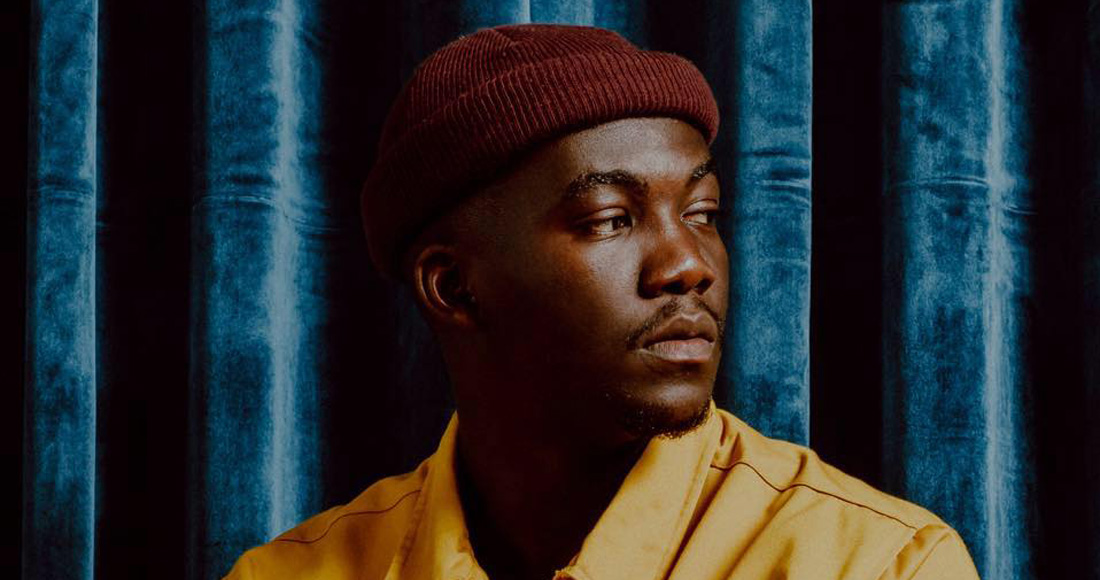 They say it takes a village to raise a child, but the same age-old adage could be applied to Jacob Banks’ debut album. Inspired by the African proverb, Nigerian-born Banks has finally laid down the gauntlet and released his debut album – called Village - five years after breaking through with his first major release Worthy. Production on the collection comes courtesy of Paul Epworth (Adele, FKA twigs), Malay (Frank Ocean, Sam Smith, Lorde), while there are artist collaborations with Seinabo Sey, NANA and Bibi Bourelly. A village indeed.

“We are so many things: we are brothers, we’re sons, we’re lovers, we are athletes… one human being is about a hundred things,” he says of the inspiration behind the album’s title. "But only we identify with about three. Like, ‘Hi I am Jacob, I am a musician, I’m a brother, I’m a black guy”. I am so many things, but we always quantify it to just one or two things, and that’s why sound-wise it sounds global.”

Village veers between modern R&B, weighty ecclesiastical confessionals and featherlight reggae jams, pulled together by Banks’s commanding yet silky-smooth tones. The genre-hopping, he says, is reflection of how he listens to music and signifies the now-outdated notion of people belonging to specific music tribes. “I think that the idea of genre is fading,” he explains. “People are just like, ‘Do you like it, yes or no?’. There used to be this culture of growing up where all the hip hop kids hung with each other, the emo kids hung with each other, I think that’s all behind us.

“Everyone is so many things. We love hip hop, we love R&B, we love jazz, we love grime, we’re so vast in our tastes now and I feel like the type of artist that I am is… I’m a bit broad in my approach to music, I don’t feel limited any more. I feel like I can speak my truth and people understand that I’m just a little weird and that’s it really.”

Despite that, Village still very much feels like a proper body of work. Is the whole concept of an album still important to you?

This is technically your debut album, but you’ve released 3 EPs over the past five years. Does this feel much different?

“It definitely sounds different, and it feels different because I’m really putting my name on this one. I think you can run away from an album these days; you can call it a mixtape, playlist, EP. You can have an EP with 10 songs and it’s clearly an album, but you can run away from the pressures of being held accountable for it. I think it’s just really stepping into the light on this one and putting myself out there. This is my life’s work and I hope people enjoy it.”

People really do respond in a positive way to your music. Does that help when you’re about to put new material out?

“Yeah it does. But I feel like the relaxed feeling I have about it comes from the fact that the work was done beforehand. In the sense, that I’ve spent time, I’ve put in my 10,000 hours with my friends and we’ve created something that we’re all utterly proud of.

"Also, I found a way to exist outside of Jacob Banks the artist. I do stuff for films plus lots of other stuff, so my album doesn’t define me. My album isn’t the whole story, so I’m not dependent on the success of my album to pay my bills and to keep my life. I’ve found a way to exist outside of the pressures of delivering an album that does whatever. For me, I’ve made music that I absolutely love and come what may I will still be fine."

Lyrically, Village is very storytelling. Are they all your stories?

“This is the first body of work where it’s all me, I’ve always shied away from that. I do it on one or two songs on most projects, but I’ve always been more of a narrator, I’m more like a commentator. I’ve always just been telling what I’ve seen more times than not. But with this one its very introspective, I’m not looking outside as much, I’m looking inside and asking questions of myself and I’m learning certain things."

A lot of the album is about about things that make us who we are. What would you say are your good points?

“I think I’ve learned so much about myself doing this album. I’ve spent some time in Nigeria where I was born just seeing my Dad, asking questions about things that I was always unsure about and made peace with a couple of things as well.

"Throughout the whole process there’s certain songs that I wrote for the album where I didn’t want to take responsibility for, so I would ask someone to feature on them just because I didn’t want to take responsibility for the song. And once I realised that’s why I was doing it I would cancel the feature, because I’m like, that’s weak. If I’m gonna do this I would I’d rather do it with my chest held high and see what happens."

Do you remember the first album that you loved growing up?

“The first album that I loved…. Westlife, Unbreakable.”

Well that was unexpected.

“Westlife were massive in Nigeria, we loved them, we loved Westlife, we loved Celine Dion and 50 Cent and that was about it.”

The music landscape is changing quickly at the moment. What did you make of Dave’s Funky Friday reaching Number 1?

"Its incredible man, it’s so necessary. These things are – you get to challenge the system. When moments like that happen, more than anything, it’s representation. I’m always fighting for representation. I want people to see people that look like them, speak like them. You see them at the highest point and it tells you subconsciously that this can be you because now it’s possible, there are no more excuses because it’s happening. You could cry about it when it didn’t happen. But now it’s happened! It’s happened a couple of times now, Stormzy’s done it, Dave’s done it. I remember that song Barking by Ramz – and it starts to become like alright cool, you can actually do this!

"I want it to become normal. I don’t want it to be something to scream about every time it happens. More than anything it’s just representation. People get to see that everything is possible and that’s priceless to me. And congratulations to Dave and Fredo for doing that, but I think they’ve achieved a bigger thing which I don’t know if they’re aware of which is that you showed the world that you can come from a marginalised group of people, and achieve and be loved by the nation, essentially. Congratulations to both of them."

Village is out now.