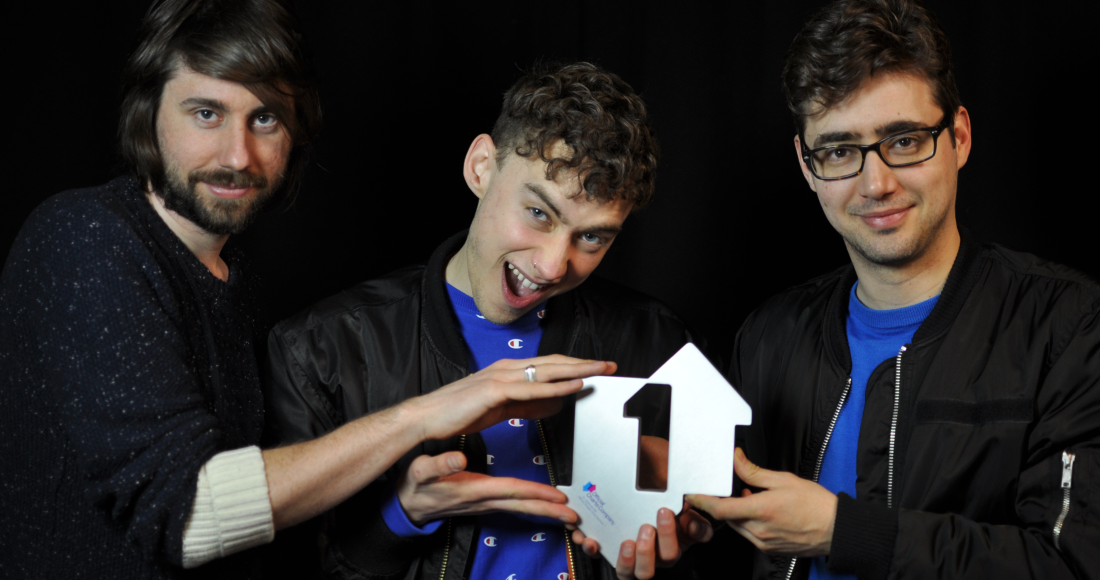 Years & Years have taken the crown on this week’s Official Singles Chart.

The trio – who topped the BBC Sound Of 2015 poll earlier this year, enter straight in at Number 1 with their electro-dance track King with combined chart sales of 101,000.

Watch how the band reacted to the news below:

“I don’t think any of us thought we’d be Number 1,” singer Olly Alexander told OfficialCharts.com. No one told us it would be Number 1. They said it wouldn’t get to Number 1, but it did!”

King knocks last week’s chart-topper Love Me Like You Do by Ellie Goulding down to 2 after a four-week reign at the summit. However, the singer’s 50 Shades Of Grey song is once again the most-streamed of the week, racking up 2.15 million streams over the last seven days.

Meanwhile Rihanna, Kanye West and Paul McCartney’s FourFiveSeconds reaches a new peak at Number 3, Hozier’s Take Me To Church is at 4, and The Weeknd completes the Top 5 with Earned It.

This week’s second-highest new entry comes from Marlon Roudette. The steel drum-infused When The Beat Drops Out debuts at Number 7 and marks the British singer’s UK breakthrough, having already hit Number 1 with the track across Europe.

Following his performance at last week’s BRIT Awards, Kanye West enters at 18 with All Day, Taylor Swift jumps six places to Number 22 with Style, and Imagine Dragons vault 60 to 33 with Demons after its outing on last week’s battle rounds on The Voice.