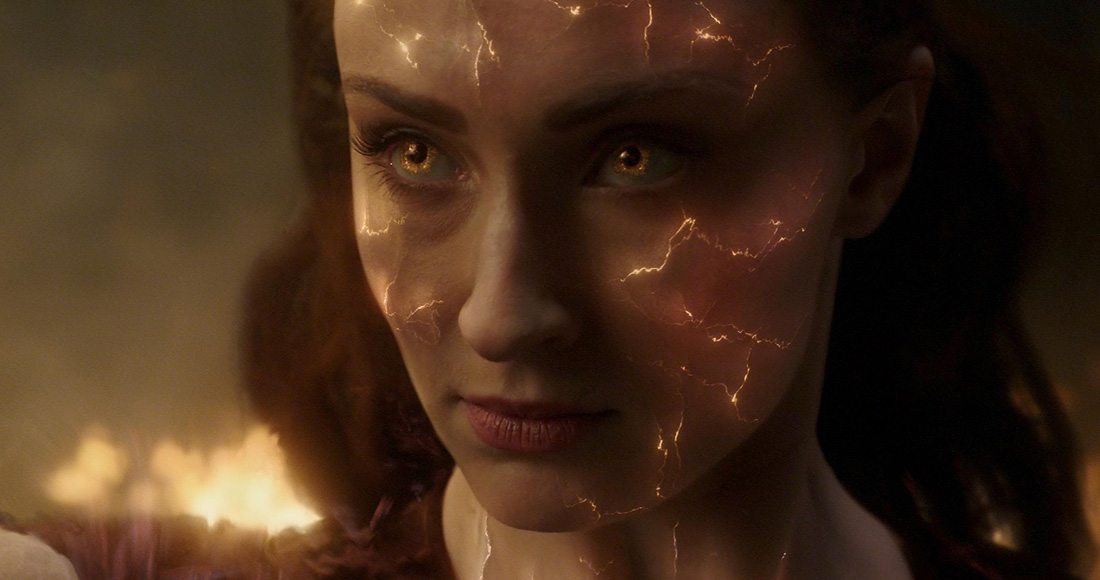 The superhero finale stars Game of Thrones’ Sophie Turner as Jean Grey and the titular Dark Phoenix. When a mission goes wrong, the much-loved Jean Grey is exposed to a dark and ancient power which begins to corrupt her – and the X-Men must choose between saving their friend, or saving the world. X-Men: Dark Phoenix rises two places to secure chart victory this week.

They’re back to protect against the worst scum of the universe, and now the digital release of latest MIB adventure, Men in Black: International, infiltrates the ranks at Number 5, securing the highest new entry and most downloaded film of the week in the UK. Its physical release is due 21 October.

The Secret Life of Pets 2 (2) gains two places on this week’s rundown while its sister box set (The Secret Lifeof Pets 1 & 2) claims a new entry of its own at 13. Elton John biopic Rocketman slips to 3, and it’s a similar story for Aladdin and his magic carpet, reversing two slots to Number 4.

On the rise again is Disney’s Mary Poppins Returns, climbing one to Number 9, with Bohemian Rhapsody rounding off this week’s Official Film Chart Top 10.

On this week’s Official Film Chart online show, check out the clip from Danny Boyle’s Yesterday. The rom com follows a struggling musician who wakes up in a bizarre alternate universe where The Beatles never existed. Yesterday is available to Download & Keep from October 21.