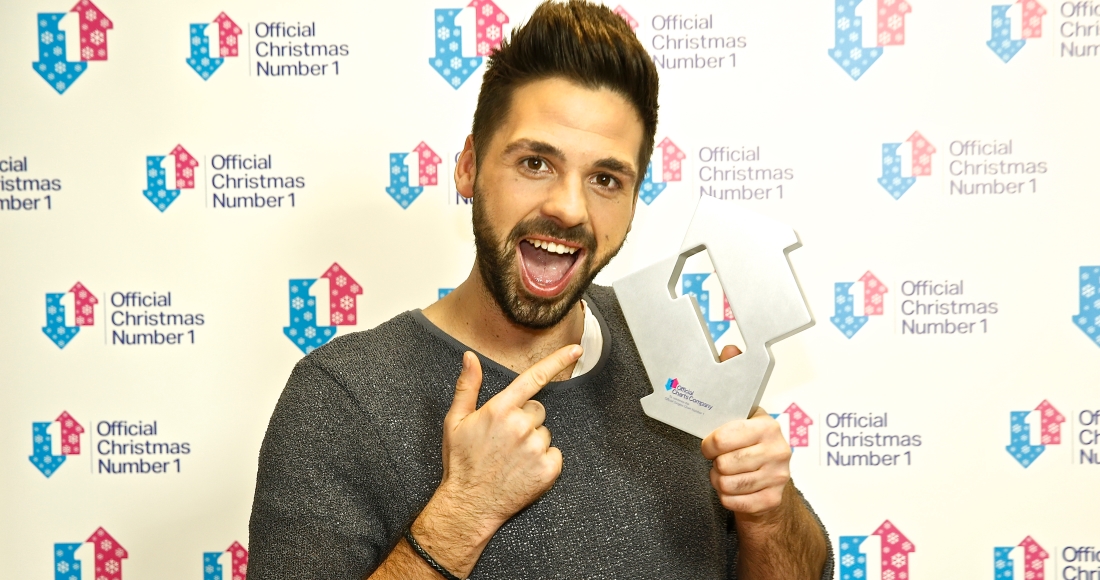 And, with a combined chart sales figure of over 214,000, Something I Need – whose proceeds go to charity Together for Short Lives - is now the second-fastest selling single of the year, behind Band Aid 30’s Do They Know It’s Christmas?, which shifted nearly 313,000 copies in its first week back in November.

“To have even been in the running for Christmas Number 1 against some of the names that were in the race, and then to have actually won is incredible,” Ben told OfficialCharts.com, “It’s an incredible end to my year.

For the first time this year, it’s not just what the British public have been buying and downloading that counts towards the final tally, audio streams from services such as Spotify, Deezer and O2 Tracks were also counted.

Breaking the all-time record for the most streamed track in a single week, Mark Ronson’s Uptown Funk FT Bruno Mars (Number 2 today) has been listened to nearly 2.34 million times this week. The record was previously held by Ed Sheeran’s Thinking Out Loud which notched up over 1.72 million streams in a single week in November.

Six other tracks have been streamed over one million times this week, including a personal best for Ed Sheeran’s Thinking Out Loud (1.8m), plus Hozier’s Take Me To Church (1.1m), Mariah Carey’s All I Want For Christmas Is You (1.1m), Olly Murs’ Wrapped Up FT Travie McCoy (1.1m), Calvin Harris’ Outside FT Ellie Goulding (1m) and One Direction’s Steal My Girl (1m).

Down one place to three today is Ed Sheeran’s Thinking Out Loud, followed by new entry Olly Murs’ Up FT Demi Lovato (4).

Rounding out the Top 5 today is surprise last minute Christmas Number 1 contender, The Wealdstone Raider with Got No Fans (5). The track has rocked the chart this week, climbing an impressive 32 places since entering the Top 200 for the first time on Wednesday.

Aside from Ben Haenow’s Something I Need (1), Olly Murs’ Up FT Demi Lovato (4) and The Wealdstone Raider’s Got No Fans (5), there is just one new entry in today’s Official Singles Chart Top 40.

Gorgon City – aka Kye Gibbon and Matt Robson-Scott - score their fourth Top 20 with Go All Night FT Jennifer Hudson (14). Go All Night is the fifth single to be lifted from the dance duo’s Top 10 album, Sirens.