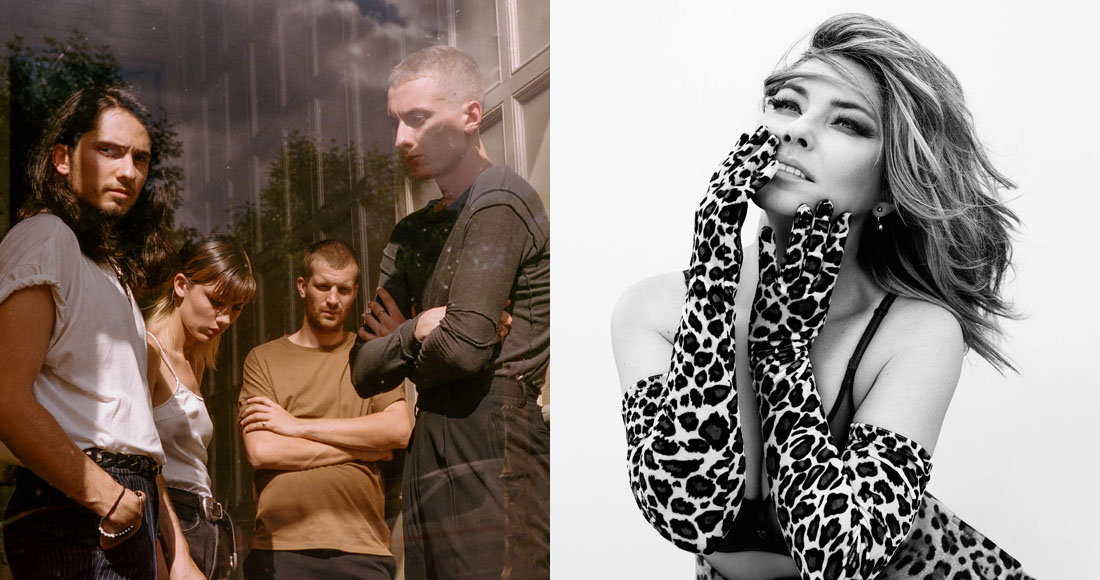 North Londoners Wolf Alice are leading the way at Number 1 on the Official Chart Update - their second album Visions Of A Life could become their first chart-topper this Friday (October 6).

However, Shania's comeback album Now is currently just over 1,000 combined sales behind and could still steal this week's top spot. The record is her first in 15 years, since 2002's Number 4-peaking Up.

Three more albums are on track for strong debuts this week; David Gilmour's Live At Pompeii opens at 3, followed by new Halloween-themed Michael Jackson album Scream at 4. Meanwhile, Demi Lovato's sixth album Tell Me You Love Me starts at 5 and could earn her a personal best this week.

A further three records are on course to land in this week's Top 10: Miley Cyrus's sixth album Younger Now is at 8, Feeder's The Best Of retrospective is at 9, and singer-songwriter Chris Rea's Road Songs For Lovers sits at 10.

Just outside the Top 10 are ABBA legend Benny Andersson who lands at 11 with his latest solo album Piano, Manchester duo Hurts are at 13 with their fourth collection Desire, and a new David Bowie collection titled A New Career In A New Town 1977 - 1982 is at 14.

Jamie Lawson's second album Happy Accidents (15), Black To Blues by US rock group Blackstone Cherry (16), the cast recording of new play Girl From The North Country (17), and Time by Sheffield alt-rockers Milburn (20) are all on track for a Top 20 placing.

Further down, there are more new entries from Ella Fitzgerald's Someone To Watch Over Me with the London Symphony Orchestra (27), Belinda Carlisle's first studio album in ten years Wilder Shores (30), Neil Finn's Out Of Silence (32) and New Energy by rock-electronic musician Four Tet (33).

Finally, Welsh newcomer Betsy is at 37 with her self-titled debut, and rapper/comedian/YouTuber KSI lands at 39 with his latest collection Disstracktions.

Find out where these albums land on this week's Official Chart this Friday at 5.45pm.