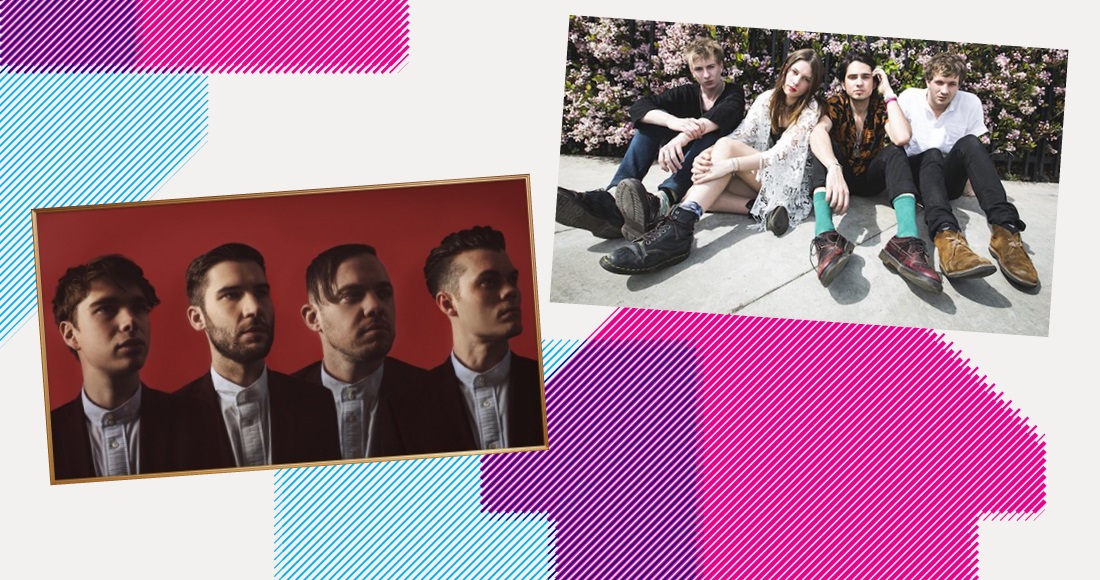 Rock bands Wolf Alice and Everything Everything are locked in a battle for Number 1 on this week's Official Albums Chart.

Currently in the lead on today’s Official Chart Update are Londoners Wolf Alice with My Love Is Cool. The release marks the debut album from the quartet, who were shortlisted for this year’s BBC Sound Sound Of 2015.

Just over 1,000 sales behind them are Everything Everything with their third record Get To Heaven. The album, which is produced by Stuart Price (The Killers, Take That, Kylie Minogue), is on track to beat their previous chart peak with 2013’s Arc, which topped out at Number 5.

Meanwhile, last week’s leaders Muse slip to 3 with Drones, and Florence + The Machine’s How Big How Blue How Beautiful is at Number 4.

Rounding out the Top 5 is a new entry from Leon Bridges. The US gospel-soul singer, who hails from Atlanta, starts at 5 with his debut album Coming Home.

US country singer Kacey Musgraves is on track for her highest-charting album in the UK this week with Pageant Material, which enters at Number 9, and Mika is set for his fourth Top 40 album with No Place In Heaven, which is new at Number 15.

British punk-rockers The Jam land at Number 20 with About The Young Idea – The Very Best Of, European heavy metal supergroup Lindemann start at 21 with Skills In Pills, and US rock band Breaking Benjamin debut at 23 with Dark Before Dawn.