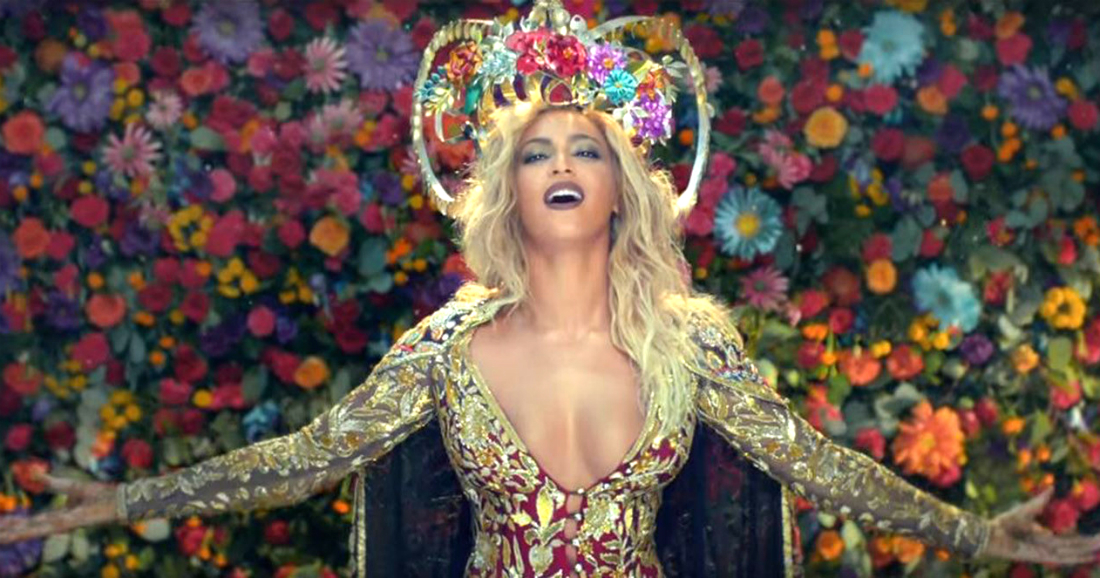 As any book lover or movie buff will tell you: a title has an important job. It's supposed to give you a snapshot of what's to come or be left-field enough to intrigue you. Song titles, however, work in a slightly different way.

Usually, a song locks on to its catchiest lyric or hook and uses that as its title. After all, if a song can't be found by a listener – be it in a record shop or on a streaming service – then it won't be a hit!

Sometimes, though, a song goes rogue and takes its titular inspiration from elsewhere. It might be the song's theme is more easily expressed through a different title, or that there's not one particular lyrics that stands out. Occasionally, it's to avoid confusion with another song, or there's an attachment or affection for a song's working title that an artist can't bear to let it go. We take a look at a few to work out what the heck is going on with those titles.

The biggest selling single ever not to refer to its lyrics in the title, this monster hit – a Number 1 for Queen in both 1975 and 1991 – would be hard pressed to find a standout moment for its title, given that it's at least four songs in one. Composer and Queen frontman Freddie Mercury was never explicit about the title's meaning, but as a "rhapsody" is a piece of music with different contrasting parts, and Freddie himself was a bit of a bohemian, we think we can guess where he was coming from.

What else could Nirvana call Smells Like Teen Spirit, a Number 7 hit in 1991,  that would've perfectly summed it up? With The Lights Out, maybe? Entertain Us? Not quite right, are they? The actual title comes from lead singer Kurt Cobain's ex and a brand of deodorant. Kathleen Hanna, then part of riot grrrl band Bikini Kill, wrote "Kurt smells like Teen Spirit" on his wall and while he didn't get the reference to the spray, he liked the slogan. Given the song perfectly sounds like teen spirit in general – angry, hedonistic, confused – he was definitely onto something.

This 2014 Number 1, from Lilly Wood and Robin Schulz, has a cryptic title, but it's actually very easily explained. The song's lyrics are a prayer, directed at God – as most prayers are – and it's in the key of C. Simple!

Bowie's masterpiece wasn't just capturing a theme, it was topical. 1969 was a time of space mania, with the first landing of the Moon imminent. Of course, he could have called it Major Tom, or Ground Control, but while the lyrics themselves are a work of art, the song's actual title adds a little more mystery. And what can be more mysterious than space? See all David Bowie's hit singles and albums.

Perhaps you'd much rather Blur had called their 1997 hit WooHoo! or similar, but Song 2 actually makes loads of sense. It's two minutes and two seconds long. There are two verses and two choruses. It was track two on their self-titled (fifth) album. And Song 2 got to Number 2 on the Official Singles Chart. Despite originally being only a working title, let's face it, it could never have been called anything else.

Back on a theme tip rather than a factual one, Green Day's anthem to anxiety cleverly used a common derogatory term for someone having a hard time – often applied by themselves – to sum up the song's general edginess about not being able to fit in and dealing with negative thoughts. Lead singer Billie Joe Armstrong suffered with anxiety and panic attacks when younger and would go for late nights walks round the block to try calm himself down, and that's how the song came to be. See all Green Day's UK hit singles and albums in their archive

Working titles are only meant to be a quick fix, so you don't end up in the studio saying, "Let's work on that song that goes la la la la" – this only works if the song in question is a certain huge Kylie hit. Sometimes, though, they stick, in the case of Lola's Theme, a summer 2004 Number 1. While listening to his wife Lola's record collection, Shapeshifters' Simon Marlin got the inspo for the track, which centres around different samples of R&B deep cuts. Originally an instrumental, the track was updated with new lyrics for single release, but they couldn't find a way to squeeze the name Lola in there – although she does appear in the song's video.

While the word itself is never uttered once by Nelly and Kelly Rowland on this 2002 Number 1, the song itself is one long dilemma. The conundrum in question is whether neighbours Nelly and Kelly should get to know one another a little better – if you see what we mean – despite having existing love interests.

Hymn for the Weekend

Don't you just love the end of the working week, when you skip away from your desk, counter, wheel, machine, or cement mixer and get ready for a night on the town? Half religious experience (Beyoncé), half joyous drunken chant (Chris), Hymn for the Weekend was Coldplay's 17th Top 10 and while the title features absolutely nowhere in the lyrics, its vibe is very much present and correct throughout.

So we've had thematic titles, working titles, but how about one that's ridiculously random? Written for the soundtrack of a Nicolas Cage movie, Goo Goo Dolls' frontman Johnny Rzeznik wasn't even thinking of titles as he penned the sweeping power ballad. Once he'd done, he perhaps couldn't see anything in the lyrics that would make a decent title, so instead he flicked through a magazine and saw that a singer called Iris DeMent was playing in LA. Rzeznik later told Classic Rock magazine, "I was, like: 'Wow! What a beautiful name'". And a legendary song was born. The very definition of a slow burner, Goo Goo Dolls' Iris charted at 26 in 1999, before catapulting into the Top 3 twelve years later when it became popular among X Factor auditionees.

Madonna went Top 5 in 1995 with Bedtime Story, a dreamy, trippy dance number written by Bjork, which explains the very un-Madge like stilted delivery and randomness of the lyrics. Originally called Let's Get Unconscious, the song certainly has lullaby-esque qualities, and its name change may have had something to do with the fact its parent album was called Bedtime Stories and Madonna wanted to link the two.

Bastille's Dan Smith isn't overly keen on talking about the meaning of their signature hit, but not because he's super secretive – he's worried you might think it's creepy. Pompeii was, of course, the city famously destroyed by a huge volcanic eruption in 79AD, and the song is, according to an interview Dan gave to the Sun newspaper, "an imagined conversation between two charred corpses reflecting on the city". Cheery! And that's why Dan's reluctant to talk about his inspiration. "It sounds bonkers – a song about two corpses yet the crowd are happily dancing along." Oh no, honestly, it's fine. See Bastille's UK chart history.

We can't imagine where Bruno Mars got the inspiration for this title of a song which talk about sitting around and doing nothing. Given that one of the lyrics alludes to Bruno shoving his hand down his pants, we should be grateful he chose to name it The Lazy Song and not something else a little more explicit. Look back at Bruno Mars' hit singles in his UK chart archive.

Logic didn't choose the snappiest titles for his 2017 Top 10 track about feeling so down you want to end it all, but what he did do was very cleverly put the phone number for a suicide prevention helpline right where everybody could see it. A song that can force you to confront some difficult feelings and relate, then tells you how to get help? Genius!