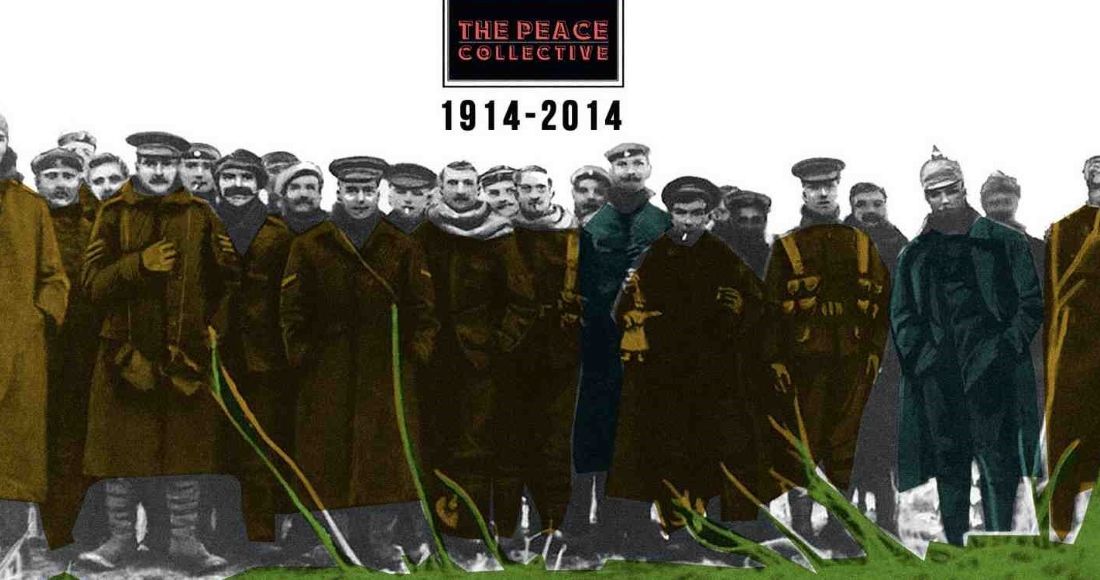 Next week (December 15) will see all manner of songs battle it out for the Official Christmas Number 1; and if the bookies are anything to go by, it’s a race between this year’s X Factor winner, Band Aid 30, an Iron Maiden Facebook campaign and The Peace Collective.

The latter have re-recorded The Farm’s 1990 hit All Together Now with a mammoth all-star cast ranging from dance duo Gorgon City to Engelbert Humperdinck.

Of course, it’s all in the name of charity, but history dictates that the British public love to get behind a festive charity single. OfficialCharts.com caught up with The Farm’s frontman Peter Hooton to find out how he rates his chances at bagging the Christmas Number 1

How did the Peace Collective campaign come about? There’s a huge mix of artists involved, which must have been tricky to pull off?!

“The Premier league approached us several months ago to see if we would consider re-recording our song All Together Now. They hold a Christmas Truce tournament in Belgium every Dec, which was inspired by the original version and they thought it would be good to get some of their Academy Under 12 players from the Premier League and the Bundesliga singing on it for the 100th anniversary of the truce to commemorate peace and reconciliation between Britain and Germany.

“We thought it was a great idea but wanted to open it up to other artists. There’s an eclectic mix on the Peace Collective version from contemporary groups like Clean Bandit/Gorgon City to legends like Suggs, Mick Jones, David Gray, Julian Lennon, The Proclaimers, Gabrielle, Jah Wobble, Leo Sayer, John Power, Holly Johnson, Englebert Humperdinck… the list goes on and on. Some of them were The Farm’s friends/contacts and some were the producers Simon Britton’s. It took a couple of months to pull it all together with the help of the Sensible Studio team.”

Obviously it’s first and foremost a charity single, but is there a part of you that would still like it to claim the title of 2014’s Official Christmas Number 1?

“First and foremost we wanted to make a record that would stand the test of time but obviously to challenge for the Official Christmas Number 1 would be a fantastic. We are definitely the underdogs as we have no marketing budget as such and are relying upon goodwill and favours from some brilliant people in the music industry and football. I think it would be a symbolic Number 1 promoting peace and commemorating the extraordinary events of 1914 when there was a brief period of humanity during the horrors of warfare."

The bookies have you down as one of the favourites to claim the Number 1; how do you rate your chances?

“Obviously X Factor are the favourites they have guaranteed publicity every weekend but over 13 million people have already watched the Sainsbury’s advert about the Christmas Truce. All Together Now is about the truce so you never know the song might capture the public’s imagination as it’s a wonderful story of peace and goodwill. We have drifted in the betting but let’s wait until people hear the track and see the video!”

As mentioned this is all for a good cause; tell us about the charities involved and why you chose those ones in particular.

“We chose the Red Cross/Red Crescent because of their brilliant humanitarian work not only in this country but around the world. However, they are often taken for granted as they have been around for so long and they’re a completely neutral/non-political organisation which was important given the sentiment of the song. For instance they are one the main organisations fighting Ebola in Liberia, Sierra Leone and Guinea, but are also carrying out fantastic work in Gaza, Syria, Ukraine and other war torn areas.

"The Shorncliffe Trust is an educational/heritage centre, which had close links to World War One so we thought it was essential to raise awareness/funds for their work as well and keep that link to history.”

Why is the Christmas Number 1 so important? And what’s your personal favourite Christmas single of all-time?

The Peace Collective's All Together Now is released on December 14. Click here to pre-order the single on iTunes.

The Official Christmas Singles Chart Top 40 will be counted down on BBC Radio 1’s Official Chart Show with Jameela Jamil between 4 and 7pm on Sunday, December 21, with the full Top 100 posted on OfficialCharts.com at 7pm.