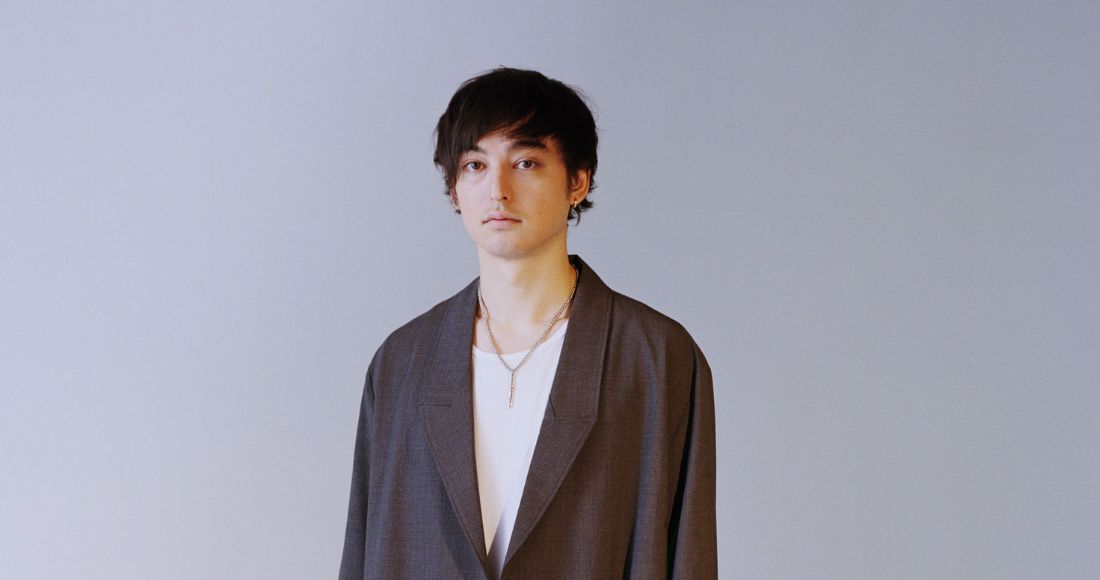 Joji's emotional ballad Glimpse Of Us is already off to a flying start on the Official Charts.

Set to reach the Top 20 for the first time this coming week, Glimpse Of Us also holds the distinction of being the Japanese singer-songwriter's first-ever charting single on the Official Charts too.

But who exactly is Joji? If you spent a lot of time on the internet (specifically YouTube) in the early-mid 2010's, then you probably already have a working knowledge. Yet, it seems Joji is trying (and succeeding) to do what many content creators fail to do; expand their brand into a full-blown music career.

As Glimpse Of Us continues to blow up across the UK, let's find out a bit more about him...

Originally brought up in Osaka, Japan, Joji moved to the United States when he was 18 years old. After moving Stateside, Joji soon started finding success uploading videos to YouTube; most notably through the channels TVFilthyFrank, TooDamnFilthy, and DizastaMusic, which would feature Joji playing various oddball characters across a wide variety of videos...comedy hip-hop songs, ukulele playing, dancing, extreme challenges...you name it, Joji did it.

One of the most notable aspects of Joji's internet career was his influence on the 2013 Harlem Shake challenge, a proto-viral internet trend that helped the titular song by Baauer reach Number 3 in the UK and Number 1 in the US.

When did Joji start releasing music?

Joji started to relax his internet career in 2017, retiring from YouTube and beginning his career as a singer-songwriter. Joji was far more serious than his previous internet monikers Filthy Frank and Pink Guy - in fact, his lo-fi electronica has seen multiple comparisons to artists such as James Blake.

Signing to 88rising, a hybrid combination of both a management firm and a more traditional record label, Joji began releasing music slowly. His debut album, Ballads I, dropped in 2018 and the follow-up, Nectar, didn't rear its head until 2020.

Although Glimpse Of Us is Joji's first single to chart in the UK, he has seen success with his LPs; Ballads I peaked at Number 26 in 2018 and Nectar actually hit Number 6 in 2020, his first UK Top 10 album.

So what's happening with Glimpse Of Us?

Building on a solid foundation of work with his first two albums, each more successful than the last, it seems that Joji has set the stage for a true breakthrough with his new single.

Co-written by Joji and produced by Connor McDonough (whose also worked with the likes of Tinashe, Mimi Webb and the Jonas Brothers), Glimpse Of Us is a traditional, weepy piano ballad that sees Joji reflect on the memories of a past relationship through his current one. Not the most healthy thing in the world, but we've all been there, right?

Dropping on June 10, reception to the song has been almost immediate - it's rocketing up the Official Singles Chart, and also last week debuted straight inside the Top 10 of the US Billboard Hot 100 too.

Clearly, the song is going nowhere but up currently, helped in large part by Joji's already large-established fan base across various corners of the internet, from YouTube to TikTok. The only question is - how far can it go?