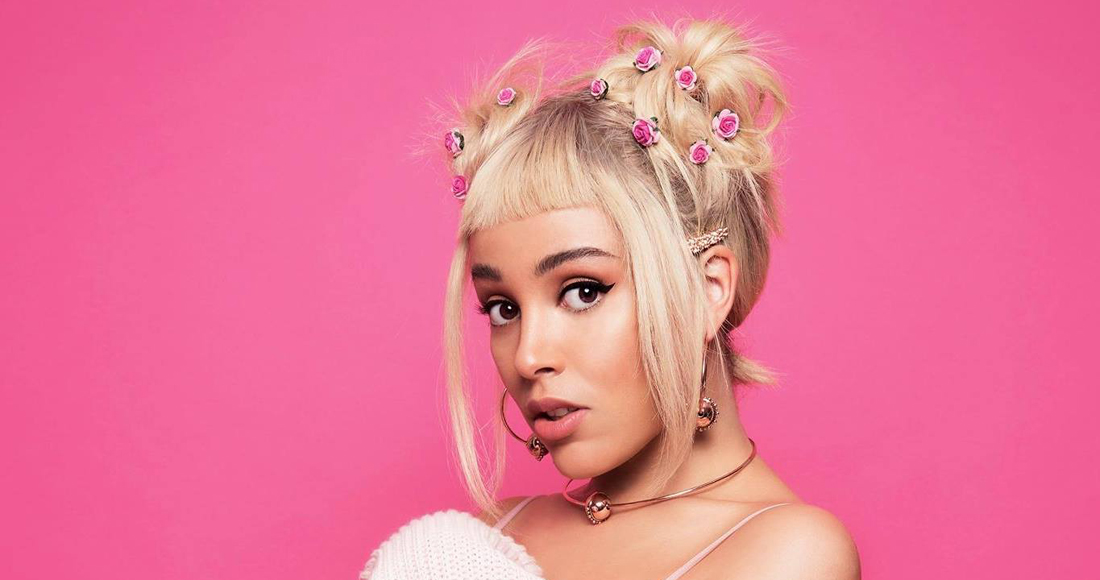 Cannibis? Marijuana? Weed? Yes. It's the stage name of Los Angeles artist Amala Dlamini. The latter part of her full stage name, Doja Cat, is inspired by her love of - you guessed it - cats, "in every aspect" as she once said in an interview.

Oh yes, but often in a highly entertaining way - she has over three million followers on Instagram thanks to her outrageous persona. As far back as 2013, she was posting songs about quite literally anything - getting strep throat, cows on her massive viral hit Mooo! (where she dresses up as a cow in the video) or her love of video games NINTENDHOE. Unfortunately she has also been caught up in some Twitter controversy.

Not particularly radio friendly, then.

While her early work and debut album Amala was heavily inspired by weed culture, her second record Hot Pink, released last November, is a much more polished affair. The record's latest single Say So is slinky, disco-inspired pop inspired by Nicki Minaj, Erykah Badu and Drake that is shaping up to be her breakthrough hit - it's on course to enter the UK's Official Singles Chart Top 40 this week after a five-week climb up the Top 100.

Other tracks to warm you up to Doja are Like That ft. Gucci Mane, Cyber Sex and Boss Bitch from the new Birds of Prey film soundtrack, all of which blend slick production with her unique humour.

Anything else I need to know?

Her music and fashion choices are heavily inspired by the '90s (she even has a song called Tia Tamera, Sister Sister fans). Despite being the source of many herself, her favourite meme is an oldie but a goodie - "it's an avocado... thaaanks!"