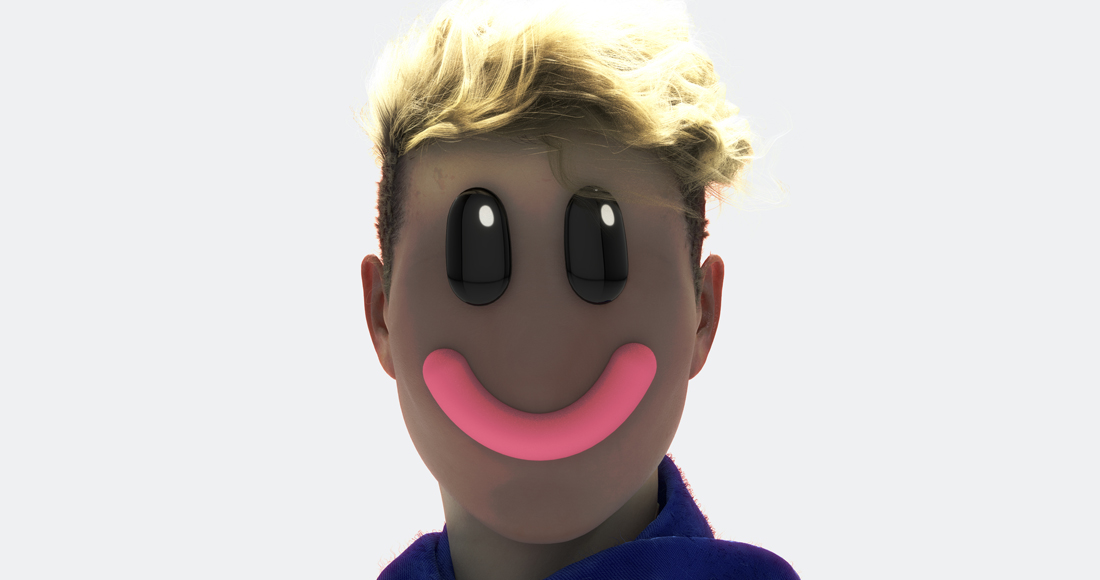 The star of mysterious producer BloodPop® has definitely been on the rise over the past year.

Also known as Michael Tucker or Michael Diamonds, BloodPop® is a longtime collaborator of Julia Michaels, and broke into the mainstream as a recording artist with his Justin Bieber collab Friends in 2017. And while he is fresh in the foreground, he's not that new at all in the background – he's been writing, remixing and producing for the best part of a decade.

With his Hailee Steinfeld collaboration Capital Letters rapidly approaching the Official Singles Chart Top 40, we look back at a selection of other songs he's had a hand in...

BloodPop® was a major collaborator on Gaga's countrified comeback set Joanne, in 2016. He co-wrote lead single Perfect Illusion, which went Top 20 in the UK, and was also responsible for Million Reasons. The sorrowful yet punchy ballad, which seemed to even better showcase Lady Gaga's unique talent, peaked at Number 39 in the UK. Million Reasons also reminded the US she was still a force to be reckoned with, scoring her her first top 5 on the Billboard Hot 100 since 2011.

Haim – Want You Back

Another lead single by a returning act to get the BloodPop® treatment, Want You Back was the long-awaited first taste of Haim's new material. This time on production duties, the track was more than a nod to the great American rock bands of the 1970s, showing that there was more than one string to BloodPop®'s bow.

Madge's Rebel Heart album was a definite return to radio-friendly pop and BloodPop®'s contributions were among the most interesting tracks. Standing out was Devil Pray, which saw Madonna go a little bit techno and a little bit country on a cautionary tale of drugs and overindulgence. Madonna loved it so much it was one of the teaser tracks she released to keep fans happy when early demos of the album leaked. Look back at Madonna's Official Top 40 biggest selling singles in the UK.

John Legend – What You Do To Me

There's more to John Legend to crooning love ballads, and BloodPop® – along with his regular songwriting partner Julia Michaels – really helps bring that out on this edgier, darker, slick cut from John's Darkness and Light, released December 2016, his sixth Top 40 album.

BloodPop® claimed five tracks on Justin Bieber's career-defining Purpose album, and Sorry was undoubtedly the biggest. Bieber's second Number in 2015, Sorry was part of a record-breaking chart moment when it helped Justin become the first artists in history to hold the top three positions on the Official Singles Chart. It spent 18 weeks in the Top 10.

And that's not all…

BloodPop® has also worked with Fifth Harmony, Pia Mia, Tinashe, MØ, and Britney to name a few. So "Who is BloodPop®?" isn't going to be a question people will be asking for much longer…