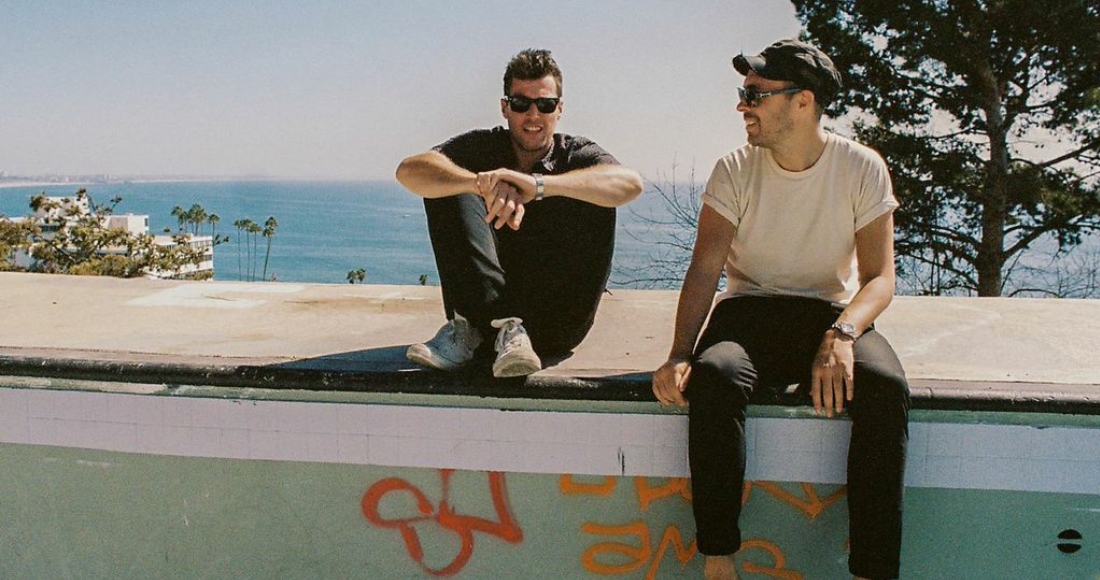 You've no doubt heard their rework of R Kelly's 1994 R&B classic Bump n' Grind blasting on the radio over the last few weeks, but just who are Waze & Odyssey? With the song out now and on track to make a strong debut on this week's Official Singles Chart, we thought it was about time we got to know the house duo...

We're a house music production and DJ duo from London.

We started Waze & Odyssey three years ago and have been releasing music on the house music circuit since then.

Our Bump n' Grind remix has really taken on a life of its own.

We made it to play in a DJ set one night. We played it out and it went wild. Then a few DJs asked for a copy and they started playing it out and we were getting all these wild reports back. About a year ago someone approached us about releasing it and so we decided to put it out there for those who maybe hadn't heard it. It's been an underground favourite for a while now.

The record has never been released before - it was only ever a bootleg.

It started maybe 2 years ago with Skream dropping it in one room of the Warehouse Project in Manchester, while in the other room Horse Meat Disco were playing it. From then everyone from DJ Ez to Duke Dumont to Rudimental have all been playing it. It's been very much an underground thing and loads of people will get in touch with us, even now saying that they'd be searching for the track for months before knowing what it was. With it now getting radio airplay, it's just gone mad!

We've not touched another [R&B classic] in 2 years but suppose you can never say never.

This just worked at the time, simple as that.

We've not tried to contact R Kelly about the song.

And we don't know if he's heard it or not.

There are [early] tracks like Don't Bring Me Down which are a little tougher and more club orientated. I Want You You You was another huge club track for us, and Everything (You're Made Of) is a little more hypnotic. We've also done remixes for Duke Dumont, Disclosure and Totally Enormous Extinct Dinosaurs. Essentially, it's house music for the floor with a Waze & Odyssey sound.

Waze & Odyssey's Bump n' Grind 2014 is out now. Listen to a selection of the band's tracks below: