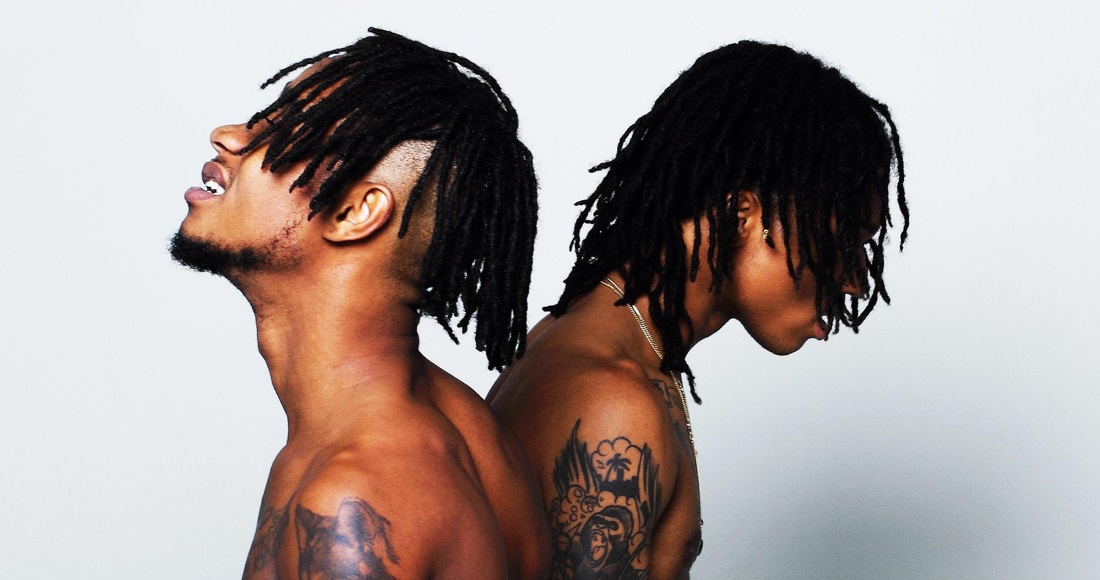 Rae Sremmurd are in the midst of a global breakthrough with their latest single Black Beatles; and they're currently battling it out for the Number 1 spot on this week's Official Singles Chart.

Not familiar with them yet? Fear not. Here are seven key facts about the band to bring you up to speed:

2. Rae Sremmurd backwards spells out Ear Drummers - the name of producer Mike WiLL Made-It's record label. He signed the duo in 2014 and co-helmed Black Beatles. Before that, Rae Sremmurd were known as Dem Outta St8 Boys, producing their own music and performing in Kentucky, Alabama and Georgia.

3. Black Beatles might be their breakthrough hit worldwide, but it's not their debut single. They've previously had hits in the US in 2014 with No Type, No Flex Zone and Throw Some Mo, the latter of which features Nicki Minaj and Young Thug.

4. The success of Black Beatles has been amplified by the #MannequinChallenge, the latest social media trend where people post videos of themselves completely frozen. After happening upon Colony High School's Mannequin Challenge video on Twitter (soundtracked by Black Beatles), the pair did their own take at a gig. The song began to go viral from there.

5. The song's title, they told Rolling Stone, is inspired by "the way you dress, the way you perform at your shows," adding: "You're traveling around and living the whole rock star lifestyle. I always loved John Lennon's swag. I like his glasses. Saying 'Black Beatles' is a lingo. Paul McCartney later endorsed the song by doing his own Mannequin Challenge.

6. Black Beatles is taken from the pair's second album SremmLife 2. Their 2015 debut album is titled - you've guessed it - SremmLife.

7. Swae Lee has a writing credit on Beyonce's Formation, having come up with the hook "ladies, let's get in Formation". Jxmmi also said in an interview with Complex that parts of his freestyle made the final cut of the track.