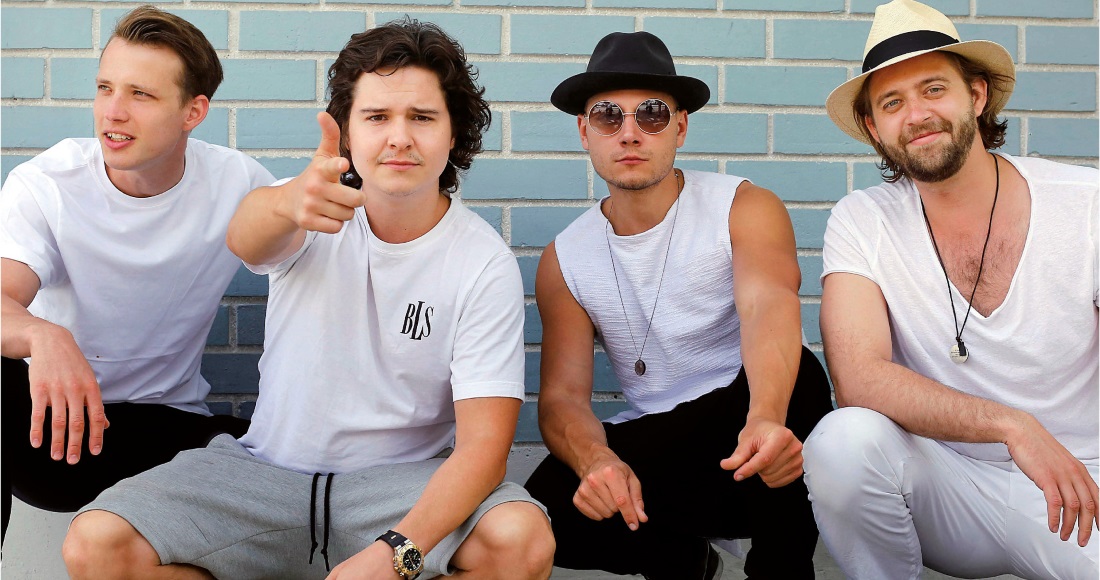 Lukas Graham are in the midst of a global breakthrough with their latest single 7 Years, which is on course to take the top spot on this week's Official Singles Chart.

Not familiar with them yet? You're not the only one. Here are seven key facts about the band to bring you up to speed:

1. First thing's first: They're a band and not a solo singer, as the name might suggest - though Lukas Graham is the name of the frontman. The rest of the band comprises of Mark Falgren (drummer), Magnus Larsson (bass) and Kasper Daugaard (keyboard).

2. The band hail from Denmark, with Lukas from a place called Christiania; a quasi-commune 'freetown' with around 800 residents established in the '70s in Copenhagen with separate laws and a justice system independent of the rest of the country.

3. Lukas Graham first sparked interest in 2011 when he posted this pretty shoddy live video for his song Criminal Mind, which he apparently did against his record label's wishes.

4. The band have been huge in Denmark since 2012, where their self-titled debut is certified 4x Platinum. They've also racked up five Number 1 singles including Drunk In The Morning and Better Than Yourself.

5. Prior to 7 Years, the band had some success across Europe (the track above Mama Said was given a worldwide release), but this song marks their proper global breakthrough. It's already reached the Top 10 in 11 countries, including Number 1 in Denmark, Austria and Sweden. It's also currently sitting just outside the Top 40 on America's Billboard Hot 100.

6. Lukas describes 7 Years as a song about his life so far and what he hopes to achieve in the future. He gets as far as the age of 60, he says, "because my father died at 61. I need to pass it to believe it." He continues: "It’s a song about growing older. I’m also coming to a realisation that being a father is the most important thing. My biggest dream is not to be some negative old dude, but to have my kids’ friends say, ‘You’re going to visit your dad? Say hi! He’s awesome.’ I had a perfect father.”

7. His musical inspirations include Dr Dre and Irish folk music from his father's roots, as well as The Beatles, The Rolling Stones, Gregory Isaacs, James Brown, Al Green and The Prodigy. He explains: "Folk music and classical mixed with soul, rock n' roll, and rap… We get down and dirty, and we talk about all the little things."

Lukas Graham's 7 Years is out now.

Catch up on the latest music news in pictures below: