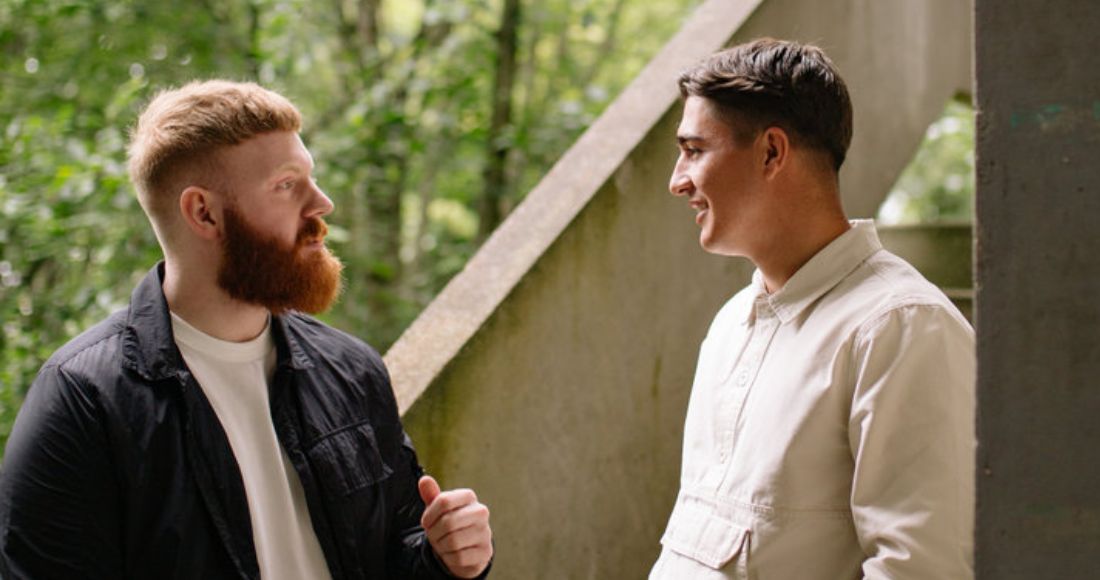 LF System are having quite the year, in case you haven't noticed.

Bursting onto the scene with their single Afraid To Feel, the Scottish production duo (made up of DJs and close friends Sean Finnigan and Conor Larkman) has seen itself rocket up the Official Singles Chart in recent weeks.

So far, it's managed to peak at Number 4 - LF System's first UK Top 10 hit - and shows so signs of slowing down. Many outlets are even calling it the first song of the summer for 2022.

But how, exactly did Afraid To Feel come about? The track itself features a sample of Silk's 1975 release I Can't Stop (Turning You On) which is both sped-up and slowed-down throughout the length and breadth of Afriad To Feel's rollicking house-inspired, nu-disco production, which has made the song itself go massively viral on TikTok - with hundreds of millions of plays, shares and videos featuring the track being made.

"We put [LF System] together about maybe two years ago," Conor tells us over Zoom about the origins of the project. "We always used to do back-to-back DJ sets together in [Edinburgh club] Fly. We enjoyed working together and we're good friends - [so we thought] why not just bump our heads together and have double the trouble?"

And for those of you wondering, LF System's name came about from the combination of their two surnams - Larkman and Finnigan. And why System? As the boys say: "it just sounded cool."

Coming to terms with having such an instant viral moment, however, is always hard. But the lads are taking it in their stride.

"It's hard to sum up [our feelings towards the success," Sean admits. "It's happened to quick. It's so surreal, but so lovely. We've had so many messages from people enjoying the track, it's lovely to hear."

Conor adds: "It feels like one big practical joke. To think we made it in 2019, and were playing it in clubs...and now it's in the charts. It's mad."

Afraid To Feel is out now via Warner.