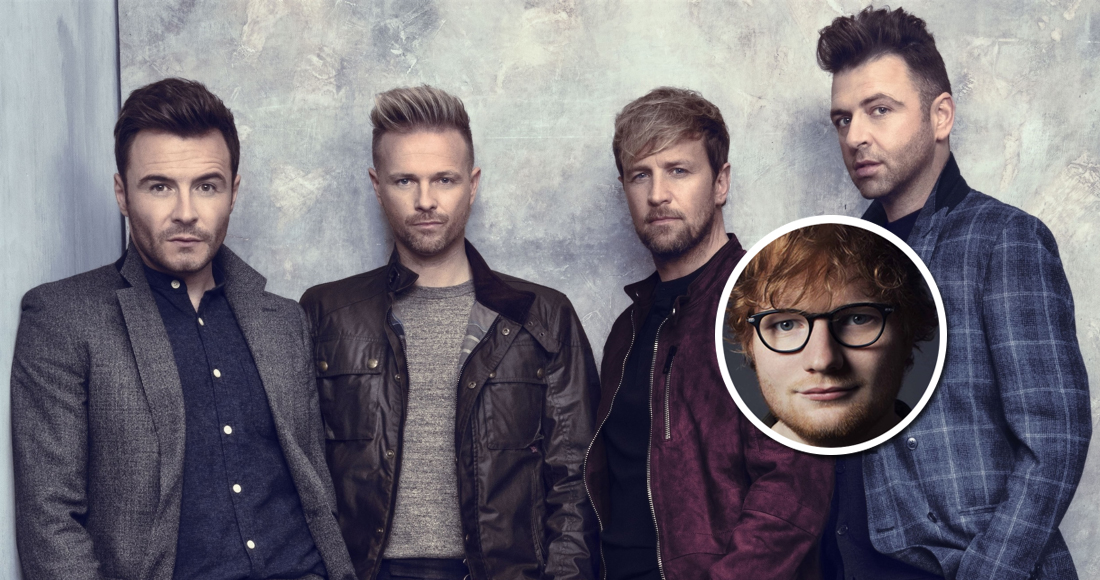 Westlife's comeback has gotten off to an impressive start. Two Top 10 hits on the Irish Singles Chart are in the bag with Hello My Love and Better Man, plus a potential third, Dynamite, is out now. All three tracks have been co-written by Ed Sheeran.

The superstar singer-songwriter penned the songs with producer Steve Mac, the man responsible for many hits during Westlife's first tenure on the charts, including Flying Without Wings and Say It Again. They say 'if it ain't broke, don't fix it', which appears to be the approach Westlife are taking to their relationship with Ed for their new album Spectrum, released November 8.

"He's done six songs for the album," Westlife's Mark Feehily told us. "So effectively half the album. One day Ed went in the studio and said 'I just want to write Westlife songs'. It's been a truly organic coupling."

It turns out that Ed tweeted he would write a song for Westlife some years ago - he's a man of his word. Although the messages are gone, Mark filled us in on the story.

"He tweeted 'oh my god, I'm so bored, what should I do today?' or something, and I said 'write a song for Westlife'. That was about eight years ago. It's crazy that he did end up writing us a song, it just took him about eight years!"

MORE: Westlife's most popular songs in Ireland since their comeback announcement