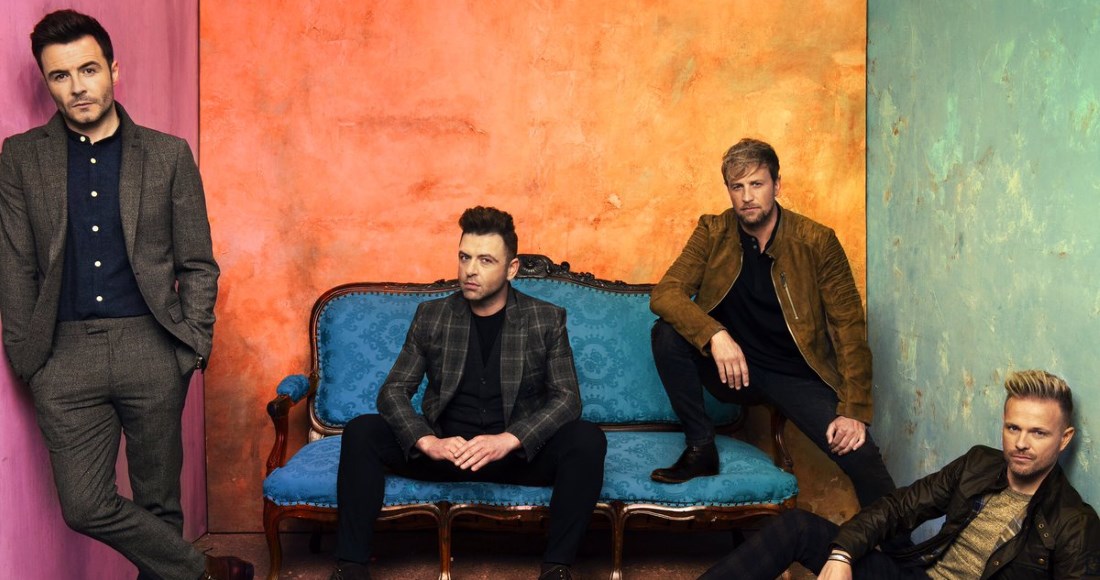 Westlife have announced the second single from their upcoming album.

Better Man will be released this Friday (March 29) as the next track from Kian, Shane, Nicky and Mark's first studio album together in nine years.

Described by Mark Feehily as a "modern Westlife 2.0 ballad", Better Man was co-written by Ed Sheeran and Steve Mac, the pair behind the group's hit comeback single Hello My Love. Fred Gibson also worked on the song, and his previous credits include Clean Bandit's Solo and Rita Ora's Let You Love Me.

Shane has confirmed that the group's third single from the album has also been recorded, and was once more co-written by Ed and Steve. In addition to writing material for Westlife's album, Ed and Steve have worked together on songs such as Little Mix's Woman Like Me, Anne-Marie's 2002 and Ed's very own smash Shape Of You.

Westlife have also announced their next TV appearance, which is set to feature a performance of Better Man. The Irish four-piece will be guests on The Jonathan Ross Show on ITV in the UK on Saturday March 30.

As far as comebacks go, Westlife have gotten off to an incredible start. Their first single in eight years Hello My Love reached Number 2 on the Official Irish Singles Chart, missing out on the top spot by just 39 combined sales. The group are playing 41 shows across the world in 2019 as part of their The 20 Tour, and have performed in big TV slots like The Graham Norton Show and RTE One's Dancing With The Stars.

Westlife have claimed 13 Number 1s on the Official Irish Chart, collecting 26 Top 10 hits along the way. Click here to view the acts with the most Number 1s in Ireland.