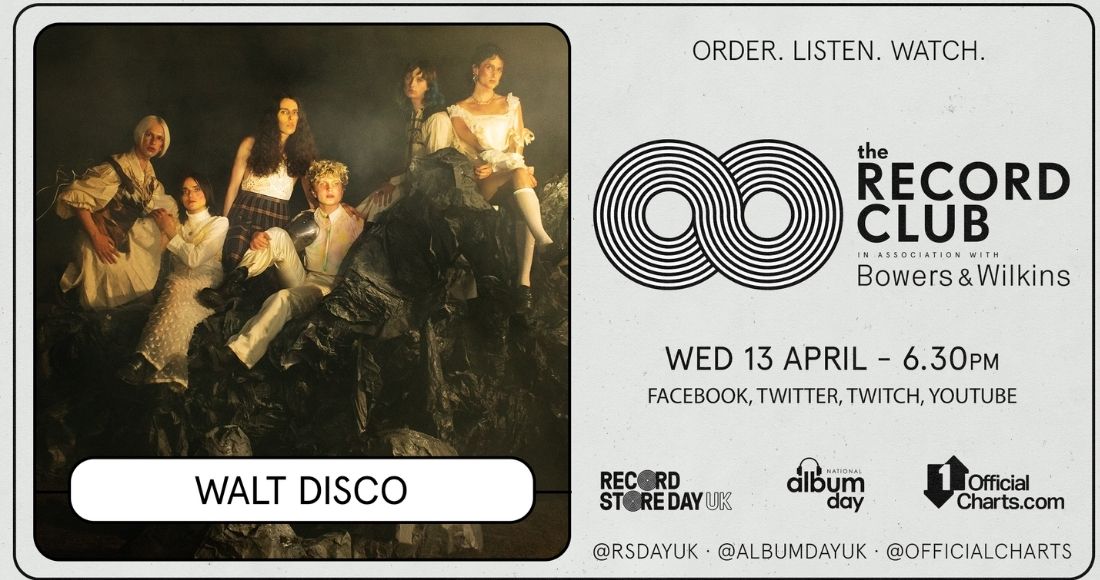 Walt Disco have been announced as the new guests for next week's episode of The Record Club.

On Wednesday April 13 at 6.00pm, the queer alt-indie sextet - who all hail from Glasgow - will be chatting to Jess Iszatt all about their newly-released debut record, Unlearning.

Fans are encouraged to order a physical copy of the album from their local record shop, give it a spin and tune in live on the night with their questions for the band.

Set a reminder for The Record Club with Walt Disco