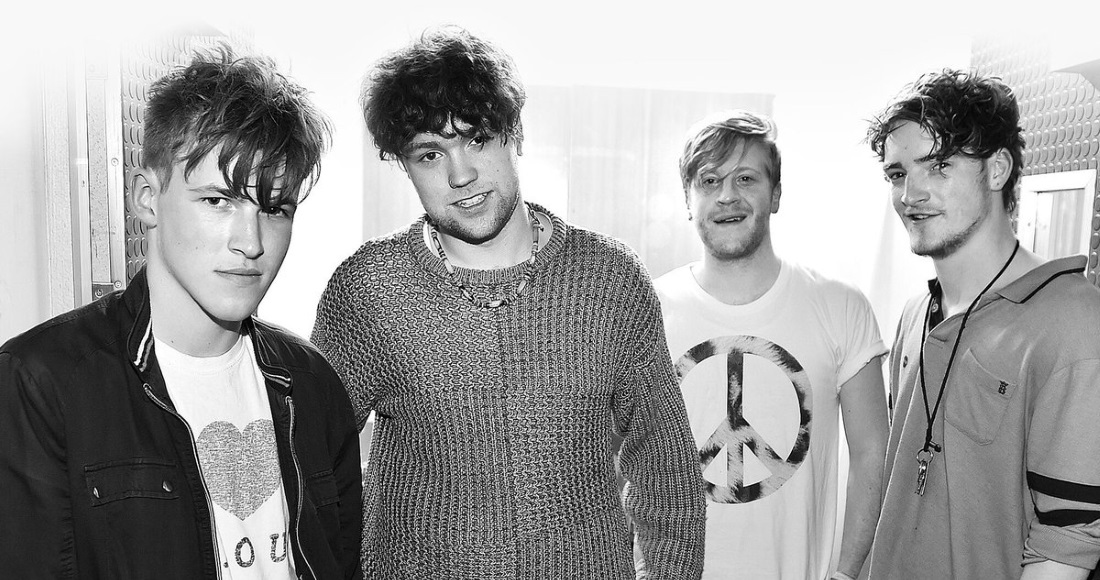 The late group's self-titled first album is currently 6,000 combined sales ahead of last week's Number 1 from ELO, All Over The World - The Very Best Of (2). The four members of the Warrington band and their manager were tragically killed when their car fell from a highway bridge into a canal in Stockholm in February this year.

As a tribute to vocalist Kris Leonard, guitarist River Reeves, bassist Tomas Lowe, drummer Jack Dakin and their manager Craig Tarry, the families and friends of the group have released the band’s self-titled collection.

The record includes the track Swings and Waterslides, which entered the Official Singles Chart at Number 11 earlier this year following the news of their untimely deaths.

Since then, a number of acts have paid tribute to the band, including Coldplay’s touching performance of Viola Beach’s track Boys That Sing during their headline slot at Glastonbury in June.

Discussing the album last week, the families of members Jack, Kris, River and Tom, and their manager Craig said: "We are tremendously proud of everything the boys achieved in such a short space of time. Craig, Jack, Kris, River and Tom shared a huge passion, talent and dedication to music. We believe the best way to celebrate our sons’ lives is to release an album of their songs."

Martin Talbot of the Official Charts Company comments: “Following the terribly tragic events of February, everyone will have been rooting for the Viola Beach album this week, so it’s fantastic news that it is doing so well – I’m sure we will all be keeping our fingers crossed that it can hold on at Number 1.”

Meanwhile, rounding out today’s update Top 5 are Christine and The Queens' Chaleur Humaine at 3, DJ Khaled's ninth album Major Key at 4, and Drake's Views at 5.

There are another four potential new entries to this week's Top 40, the first of which comes from Billy Talent. The Canadian rock group's sixth studio album Afraid of Heights could be their first ever Top 10, coming in at Number 8.

Funk singer Nao's debut album For All We Know is brand new at Number 9, and not too far behind is Chicane with his new compilation album Twenty (19).

The Super Deluxe box set edition of New Gold Dream (81–82–83–84) from Simple Minds is new at 20, and another extended release from Chvrches is the final re-entry. The new version of Every Open Eye featuring two new tracks and three remixes is up 80 places to 35.