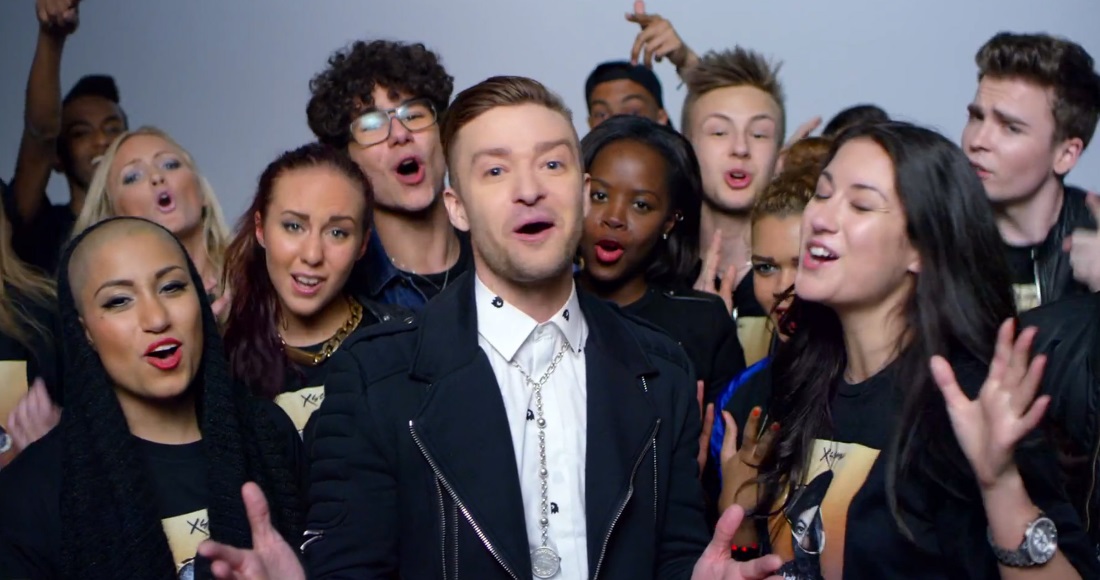 Justin Timberlake has collaborated with Michael Jackson on new track, Love Never Felt So Good. The song, which is currently available for download, is lifted from the deluxe version of Jackson’s second posthumous release, Xscape.

Xscape, which features 'contemporised' versions of Michael Jackson’s original track recordings and is produced by the likes of Timbaland, Rodney Jerkins, JRoc, Stargate and John McClain, looks set to storm the Official Albums Chart this weekend after making its debut on the Official Chart Update yesterday (May 14).

The video for Love Never Felt So Good sees Justin, and a host of backing dancers, performing some of Michael Jackson’s most iconic dance moves, alongside video clips from the late King Of Pop’s past music videos.

Check out the video for Love Never Felt So Good, below, and let us know what you think!

Michael Jackson has scored an incredible 86 UK Official Singles Chart Top 40 hits and seven Number 1s. One Day In Your Life, Billie Jean, I Just Can’t Stop Loving You, Black Or White, You Are Not Alone, Earth Song and Blood On The Dance Floor, have all hit the top spot.

Michael has had 30 Official Albums Chart Top 40s, including his first posthumous release, Michael, which peaked at Number 4 on the chart in 2010. He has scored nine Official Albums Chart Number 1s – Thriller, 18 Greatest Hits, Bad, Dangerous, History–Past Present And Future Book 1, Blood On The Dance Floor–History In The Mix, Invincible, Number Ones and The Essential.