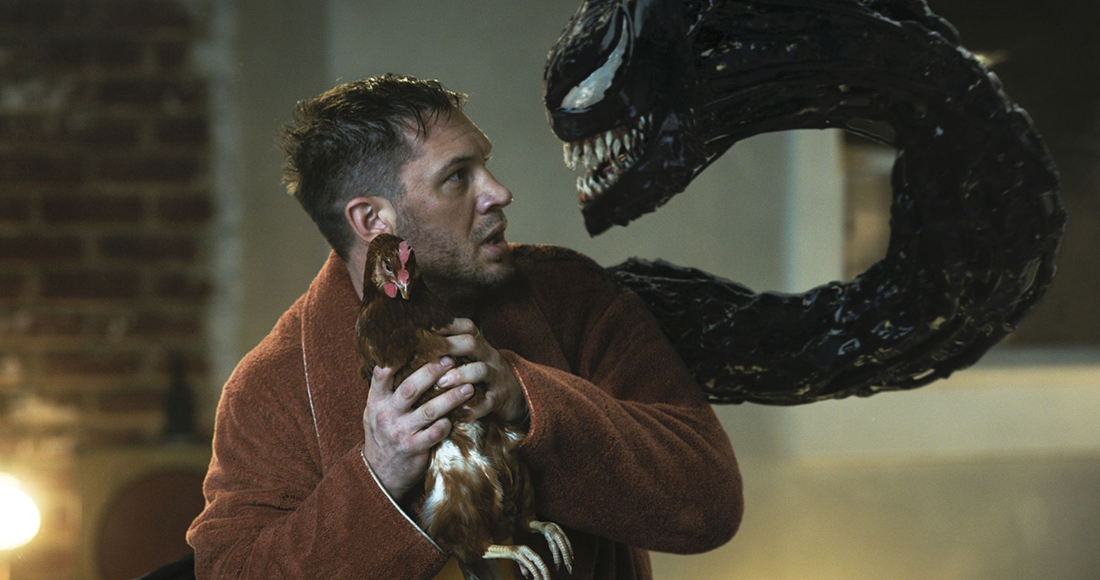 Venom: Let There Be Carnage takes its place atop the Official Film Chart following its release on disc.

The Marvel sequel knocks last week’s chart-topper No Time To Die down to Number 2, and also sees a second placing at Number 5, as part of a boxset also containing its precursor Venom (2018).

Meanwhile, Encanto – Disney’s new animated musical hit – rises one place to reach a new peak of Number 3, while the 2004 Tobey Maguire-starring Spider-Man 2 swoops up nine places to Number 4, its first entrance into the Top 10.

DC’s The Suicide Squad falls three places to Number 6, while Spider-Man: Far From Home rises one to 7 and Paw Patrol: The Movie lands at 8.

MORE: No Time To Die and Wonder Woman 1984 come out on top in record-breaking year for home entertainment

Halloween Kills debuts at Number 9 this week; the twelfth instalment in the cult Halloween series, and a direct sequel to 2018’s Halloween. Unstoppable killer Michael Myers escapes once again to continue his murderous spree, but Laurie Strode inspires local residents to take matters into their own hands to hunt down the killer and end his reign of terror – once and for all.

Finally, The Last Duel drops four places to round off the countdown at Number 10.