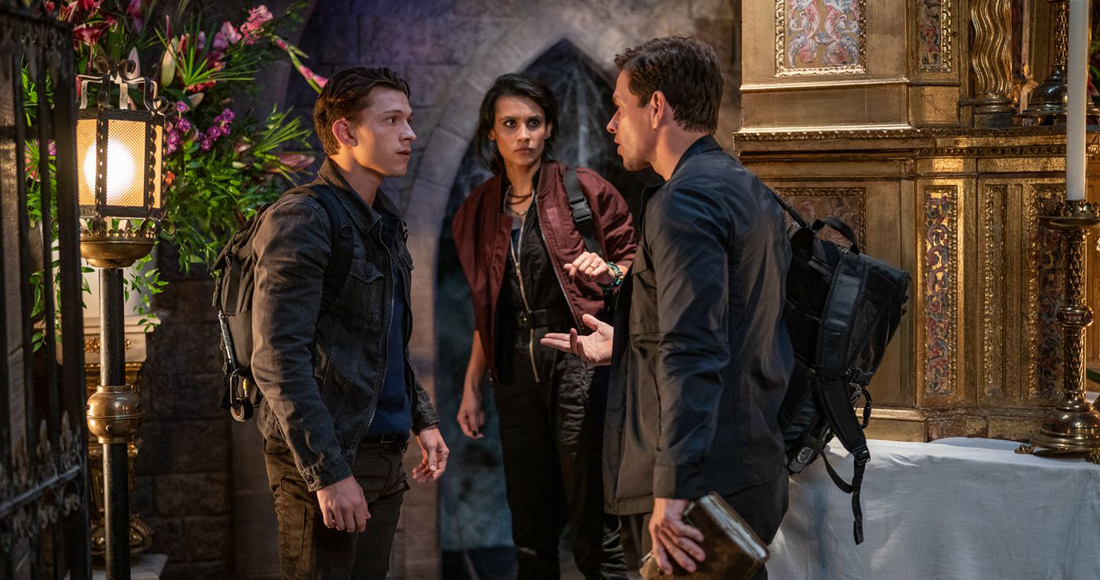 Uncharted makes it to a third big week at Number 1 on the Official Film Chart.

Following its release on DVD, Blu-ray and 4K UHD, Uncharted holds its place to enjoy a third consecutive week at the top, holding back competition from former Number 1s Sing 2 (2) and Spider-Man: No Way Home (3).

Dune holds on tight at Number 4, while 1986 action-drama classic Top Gun soars up 21 places to Number 5, a brand new peak for the film which sees an uplift following the release of its sequel Top Gun: Maverick in cinemas, 36 years after the original was released.

Another film making its entrance into he Top 10 for the first time is romantic-comedy drama Marry Me, climbing two to Number 9. The film sees music superstars Kat Valdez (Jennifer Lopez) and Bastian (Maluma) about to marry on stage in front of a global audience of fans. But when Valdez discovers her partner has been cheating on her, she picks a member of the audience (Owen Wilson) to marry instead.

Rounding off the countdown is Disney’s much-loved musical Encanto, which lifts five to return to the Top 10 at Number 10.