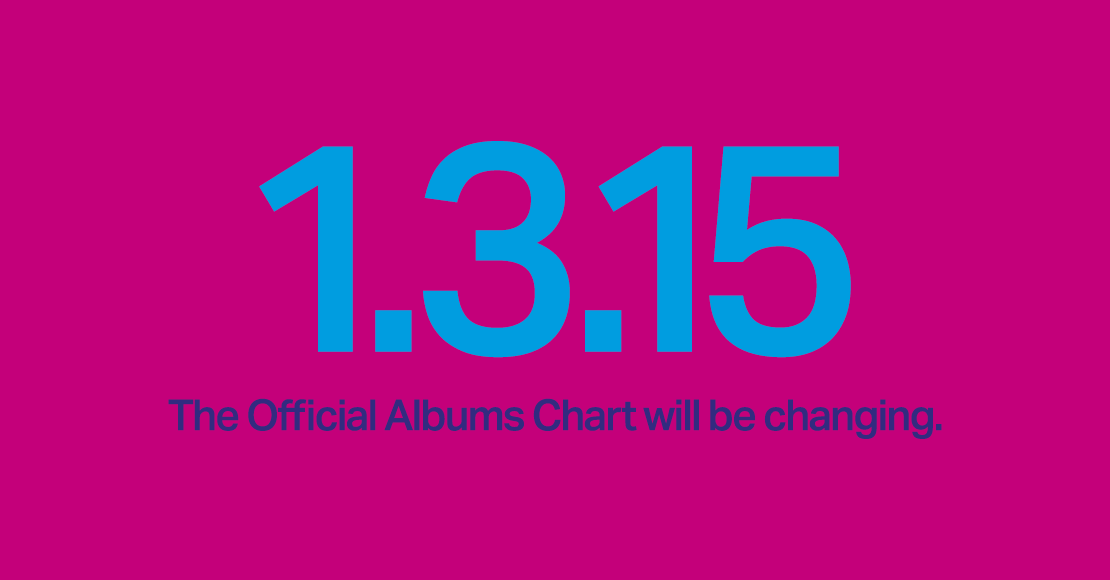 The Official Albums Chart will include audio streams for the first time from next month (March, 2015), the Official Charts Company can confirm today.

The move to include streaming into the Albums Chart follows the successful addition of streams to the Official Singles Chart eight months ago and reflects the dramatic growth in streaming, which has doubled over the past year from 25 million streams a day in January 2014 to 50 million in January 2015.

The change will come into effect from the week of the BRIT Awards (wb February 23), with the first Official Albums Chart Top 100 incorporating audio streams being published on Sunday, March 1 2015 on OfficialCharts.com. 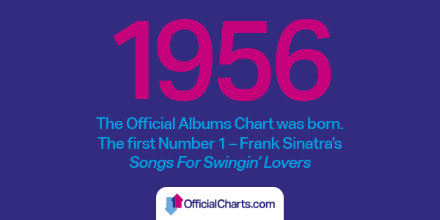 The Official Albums Chart was born in 1956, with the first artist to claim the top spot being Frank Sinatra’s Songs For Swinging Lovers in the summer of that year. Since then, the chart has reflected Number 1s by artists as wide ranging as The Beatles, Led Zeppelin, The Who, Queen, Abba, Pink Floyd, The Smiths, Michael Jackson, Madonna, Prince, New Order, Oasis, Take That, Eminem, Rihanna and Adele. 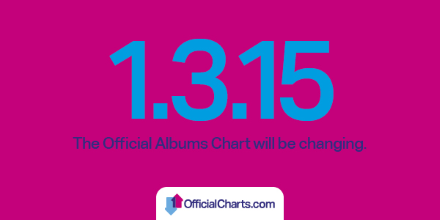 The first Official Albums Chart to incorporate streams will come into effect on the week beginning February 23, with the full Top 100 announced on Sunday, March 1 on OfficialCharts.com and across Official Chart media partners including BBC Radio 1, The Sun, Music Week and more.

Official Charts Company Chairman Korda Marshall, founder of Infectious Music, said: “The Official Charts are a UK institution, followed both by music fans and the industry, so we do not make changes to them lightly. But with more and more people listening to albums via streaming services, it is right that we are now going to reflect streaming in the Official Albums Chart.

“It is particularly appropriate that this change will take place from BRITs week, when we will be celebrating some of today’s biggest album artists, like Ed Sheeran, George Ezra, Alt-J and Royal Blood, among many others.” 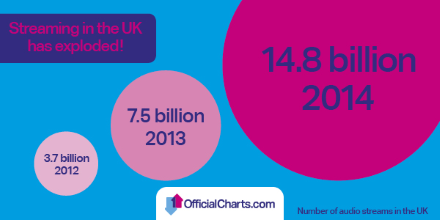 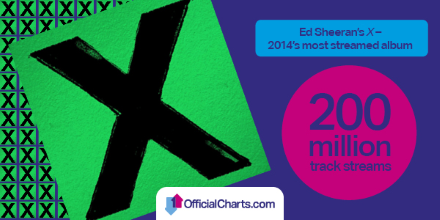 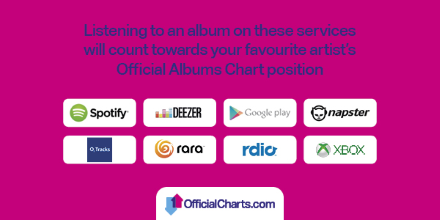 The streaming data which will count towards the Official Albums Chart will be collected from plays via Spotify, Deezer, Napster, Google Play, O2 Tracks, Rara, Rdio and XBox Music, all members of the Entertainment Retailers Association, co-owner of the Official Charts Company – along with record labels association the BPI. 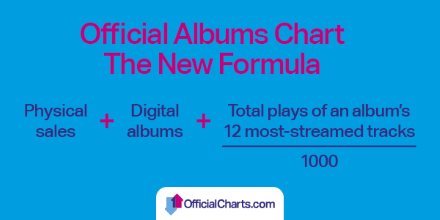 While the UK will not be the first market to introduce streams to their Official Albums Chart, it will be the first to do so using a new methodology designed to ensure that the rundown continues to reflect the popularity of the albums themselves, rather than just the performance of one or two smash hit singles.

Official Charts will take the 12 most streamed tracks from the standard version of the album, the top two songs will be down-weighted in line with the average of the rest. The total of these streams will be divided by 1000 and added to the physical and digital sales of the album (the 1,000 ratio is used to reflect the broad difference in value between a track stream and the price paid for an album). 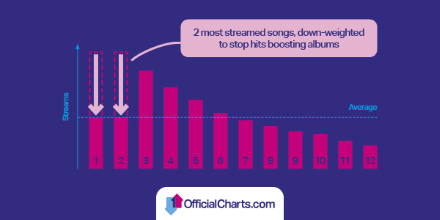 The reason for the down-weighting is to ensure that if an album features up to two runaway hit singles, streams of these tracks do not skew the performance of their parent album in the Official Albums Chart. Extreme examples of this include huge hits such as Blurred Lines on the Robin Thicke album of the same name, Get Lucky on Daft Punk’s Random Access Memories, All Of Me on John Legend’s album Love In The Future, or Uptown Funk on Mark Ronson’s Uptown Special - but this is also a broader issue affecting many more albums.

Official Charts Company chief executive Martin Talbot added: “The Official Charts Company’s mission is to compile the most accurate, reliable and up-to-date charts around, and in 2015 that means reflecting the popularity of streaming, alongside downloads, vinyl and – still the most popular album format – the CD.

“Initial indications are that the impact on actual chart positions will be modest to begin with, but we expect this to grow as streaming becomes increasingly popular.”