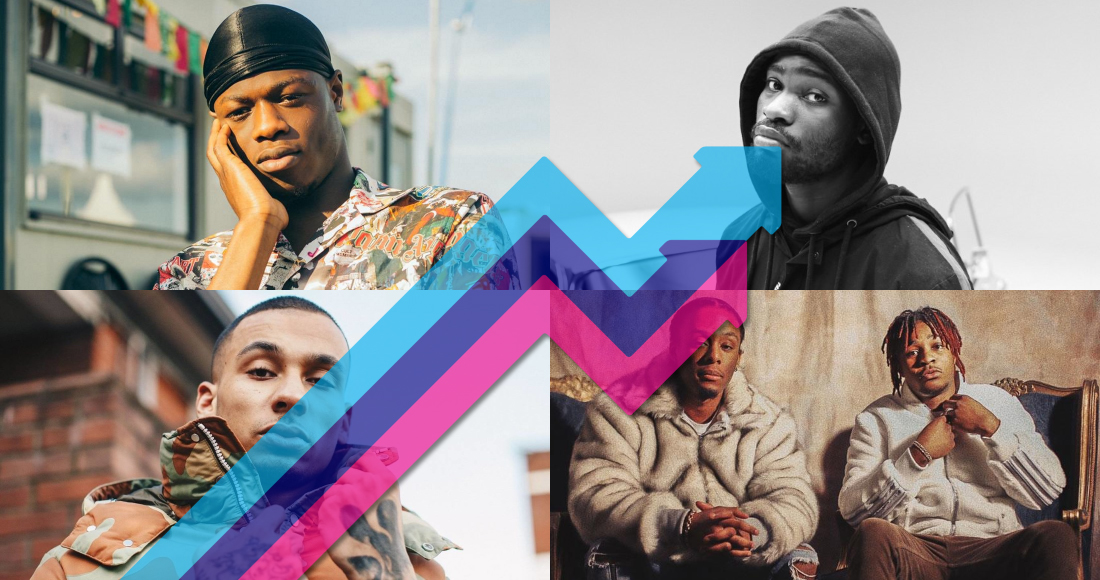 The rising stars of UK rap are the talking point of this week's Official Trending Chart, taking over with a string of impressive new entries.

Number 1 this week is J Hus; his comeback track Must Be was the most streamed track of the weekend that was released on #NewMusicFriday. It charted at Number 4 on the Official Chart: First Look and is expected to become his highest-charting song to date on Friday's final Top 40.

Another surprise release, Dave dropped Paper Cuts, this week's Number 2 on the trending tally. A song that was first hinted at earlier this year when a snippet was played on social media, Dave has finally put the song out which sees him experiment in the drill genre.

Fresh from their recent Official UK Top 10 hit Strike A Pose with Aitch, Young T and Bugsey are back with a new single Don't Rush. Featuring Headie One, the song will mark their third Top 40 entry.

Other songs proving popular this week are Niall Horan's Nice To Meet Ya, on the rise following a remix from Diplo and a performance on The Graham Norton Show, viral dance track Roxanne by US rapper Arizona Xervas, and The Last Time from The Script, boosted by the release of their new album Sunsets & Full Moons.