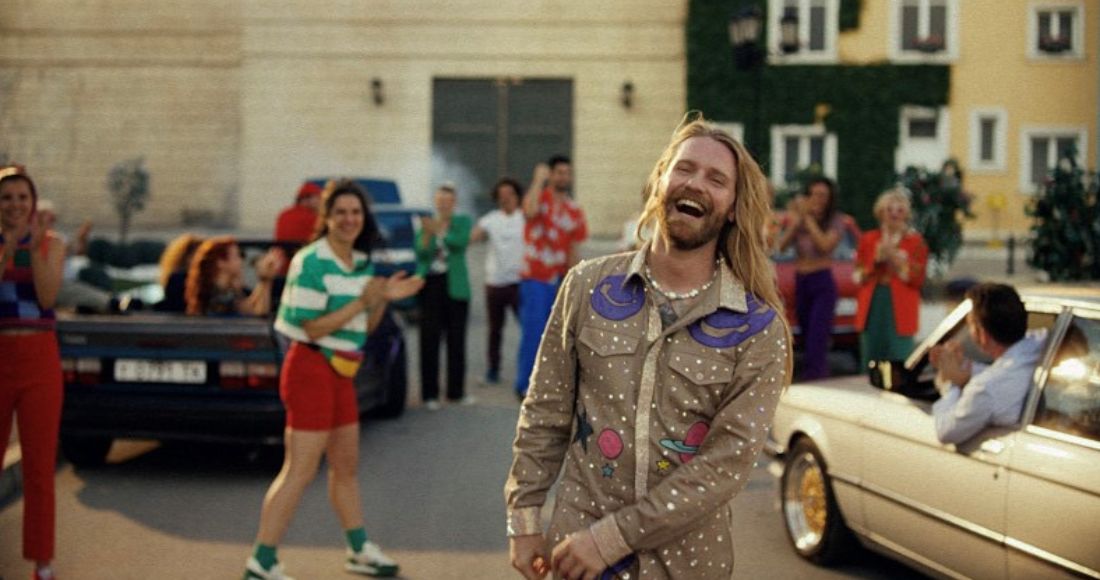 Sam Ryder has released his new single Somebody, his first since leading us to a record-breaking result in Eurovision earlier this year.

The follow-up to Number 2 smash hit SPACE MAN, Somebody is a boisterious, big-band inspired stomper all about the joy of finding that person that lights your soul on fire and enables you to chase your dreams.

“Somebody is inspired by YOU! All of the kindness, positivity and joy we’ve experienced so far this year," Sam said in a statement. "Ultimately it’s about the joy of giving love and experiencing love.”

Somebody is expected to help launch Sam's upcoming debut album...although you'll have to keep your eyes peeled on OfficialCharts.com for more information about that...in the meantime, watch the video for Somebody, shot with the help of Sam's own fans, below.

Following Sam's second-place finish at Eurovision this year, which included him notching up the UK's highest-ever points score. SPACE MAN rocketed up to Number 2 on the Official Singles Chart,  becoming the highest-charting UK Eurovision entry since Gina G’s chart-topping Ooh Ahh…Just A Little Bit in 1996.

Eurovision, of course, is now also coming to the UK next year. 2022 winner Ukraine are unable to host the contest, so we've taken up the reins in their stead. Currently, seven cities are in the running to take on the Eurovision 2023 challenge.

And finally, Sam himself has just been announced as one of the artist ambassadors for 2022's National Album Day, which this year has the theme of Debut Albums. Handy, that...