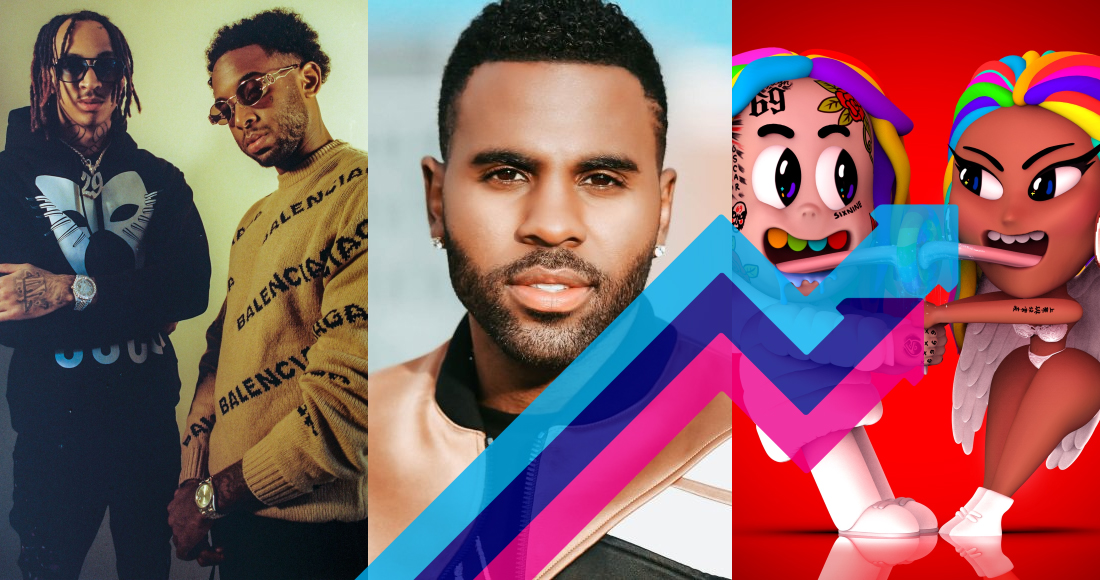 Other new songs that are making waves this week include Secrets by Regard and Raye; the follow-up to the DJ/producers Number 1 hit Ride It has been scaling the Official Top 100 for the past seven weeks and is set to climb into the Top 10 this Friday (June 19).

MORE: Contenders for Song of the Summer 2020

The latest TikTok smash, Savage Love, makes a big impact on this week's UK trending Top 20. The track is a collaboration between 17-year-old New Zealand musician Jawsh 685 (real name Joshua Nanai) and Jason Derulo, the latter of who has been particularly busy on the platform of late posting countless pranks and dance challenges.

Jawsh 685 is the creator of the popular hook, which went viral on TikTok last month. The rising star has since signed a record deal with Columbia, leading to a new version of the song with Jason being released last week.

Elsewhere on this week's Official Trending Chart, D-Block Europe - aka South London duo Young Adz and Dirtbike LB - are enjoying early success with their new track Free 22 and is set to become their tenth UK Top 40 hit as duo this week.