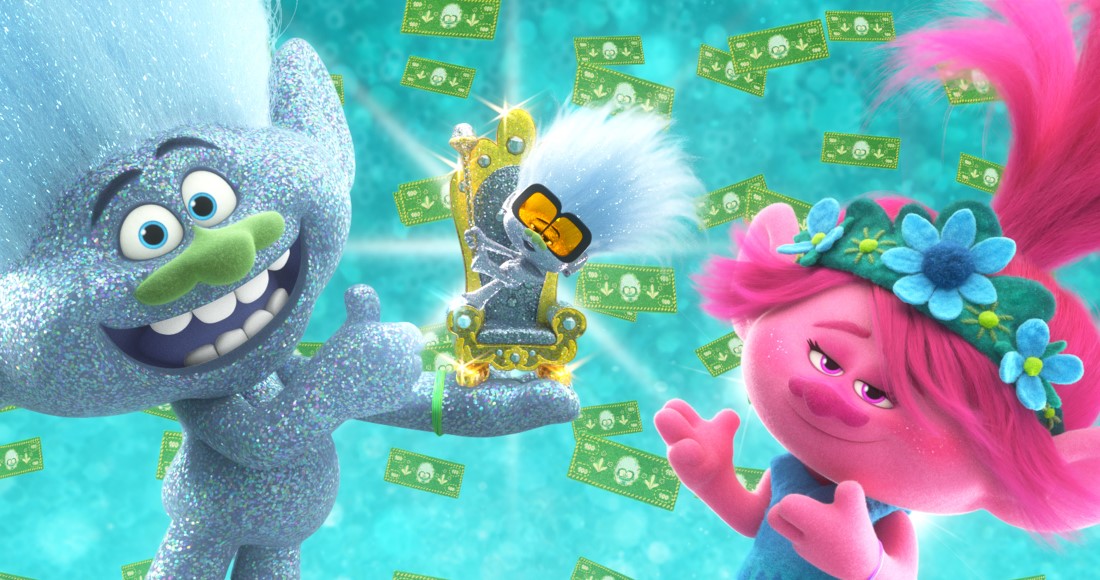 Trolls World Tour is Number 1 for a third consecutive week on the Official Film Chart following its release across DVD, Blu-ray & 4K UHD.

With 76% of its sales this week on disc, the hit animation comfortably holds its spot at the top against big competitors Frozen 2 at 2, Sonic the Hedgehog (4) and 1917 (5).

Our highest new Top 10 entry comes in the form of a cinematic classic, Star Wars: Episode IV - A New Hope. The 1977 sci-fi blockbuster starring Mark Hamill, Carrie Fisher and Harrison Ford hasn’t previously featured in the Official Film Chart, but joins the Top 10 at Number 3 this week thanks to the release of a limited edition 4k SteelBook of the film.

Joker holds on at Number 6 for a third week running, and adventure-comedy Jumanji: The Next Level takes a second week at Number 7. Dolittle drops three to Number 8 as Knives Out lands at Number 9. Will Smith and Martin Lawrence’s starring roles in Bad Boys For Life clinch another week in the chart, pushed back one place to Number 10.

This special collector’s edition includes the original film remastered in 4K UHD plus a poster, art cards and comic strip. The soundtrack, famously recorded and performed by Queen, is also included within the bundle.