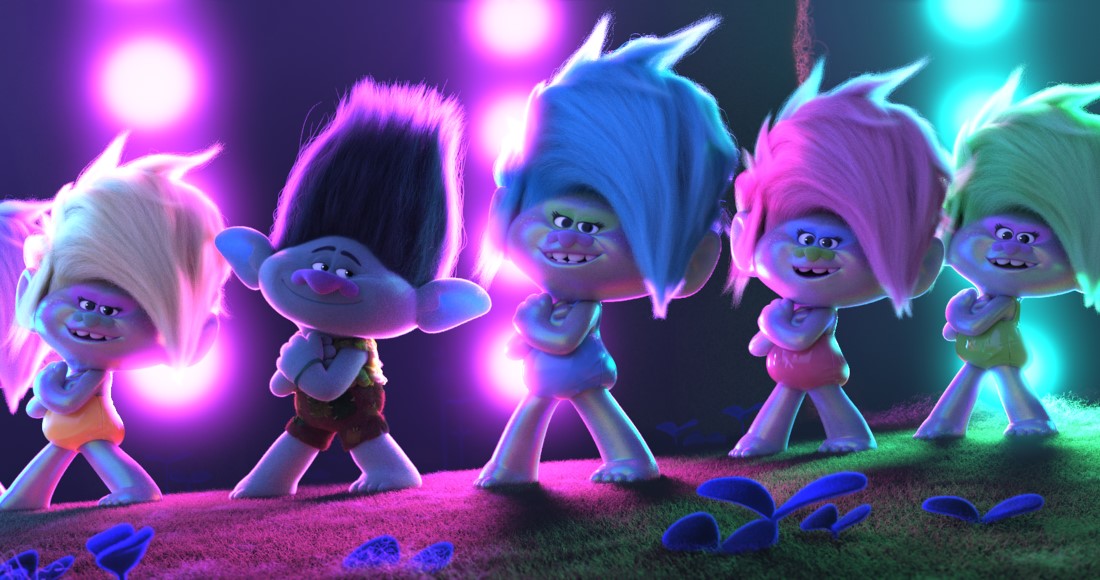 Trolls World Tour extends its stint at Number 1 to a sixth week – the longest-reigning Number 1 on the Official Film Chart since its inception in 2018.

With six consecutive weeks at the helm, Trolls World Tour has held on for longer than some of the biggest films of all time in the UK including Queen biopic Bohemian Rhapsody, Marvel’s epic superhero finale Avengers: Endgame and musical sequel Mamma Mia! Here We Go Again, which have all scooped four weeks at Number 1. In 2020, major hits such as Frozen 2 and Star Wars: The Rise of Skywalker each managed to claim three weeks at the top.

To date, Trolls World Tour has notched up 195,000 sales on digital and disc in the UK, with 59% of its total made up of digital downloads as families continue to enjoy films from home even as lockdown eases.

Meanwhile, 1917 climbs back up to Number 2, Sonic the Hedgehog rises three places to Number 7 and Dolittle flies five to Number 4. Downtown Abbey the Movie leaps ten places this week to Number 5 - its first stint in the Top 5 since March – while Joaquin Phoenix’s Joker rises six to Number 6 and Margot Robbie as Harley Quinn ascends seven in Birds of Prey at Number 7.

Jumanji: The Next Level holds on at Number 8 as Onward topples six spots to Number 9. Finally, Frozen 2 returns to Number 10.