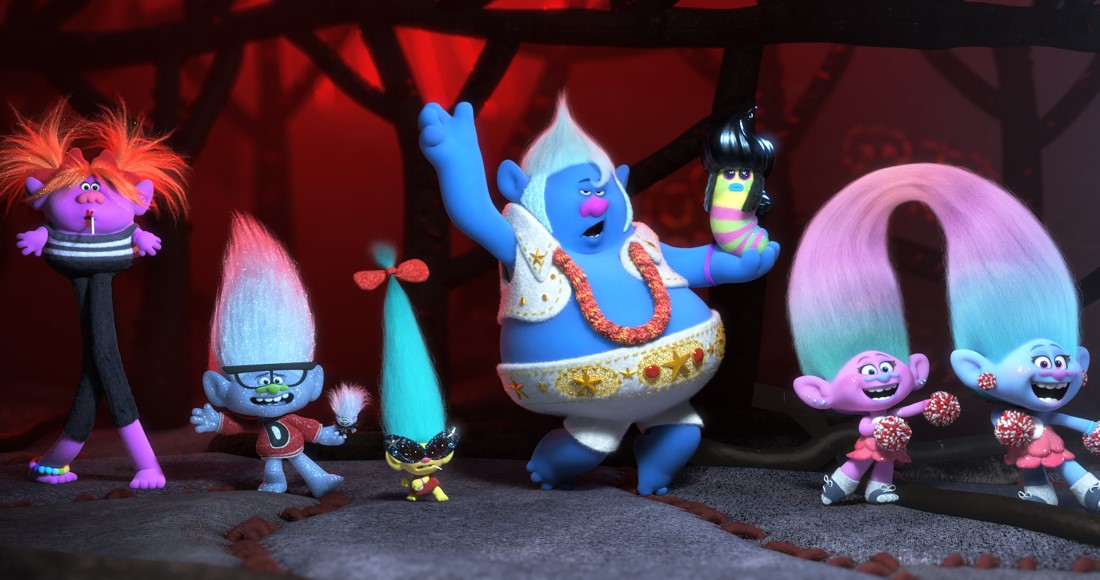 Trolls World Tour holds on to Number 1 for a second week, as it continues to lead on digital downloads only.

Frozen 2 (2) and Sonic the Hedgehog (3) also hold strong to their previous week’s positions, as 1917 leaps four spots to Number 4, and Dolittle rises 2 to Number 5. Joker starring Joaquin Phoenix hangs on at Number 6.

Three big moves up the chart now, as Jumanji: The Next Level flies nine places to Number 7, Knives Out rises seven to 8, and Bad Boys for Life is up five spots to Number 9.

Finally, Harley Quinn’s DC spin-off Birds of Prey tumbles five places to round off the countdown at Number 10.

Only one entry on this week’s Official Film Chart Top 10 has not topped the chart at some point – Comedy-drama Knives Out, which peaked at Number 3 back in April during Frozen 2’s reign.

Knives Out’s stellar cast includes Daniel Craig, Chris Evans and Jamie Lee Curtis; in the film, Detective Benoit Blanc (Craig) investigates the death of an elderly renowned crime novelist, as he deals with the writer’s dysfunctional family and devoted staff in order to uncover the truth.