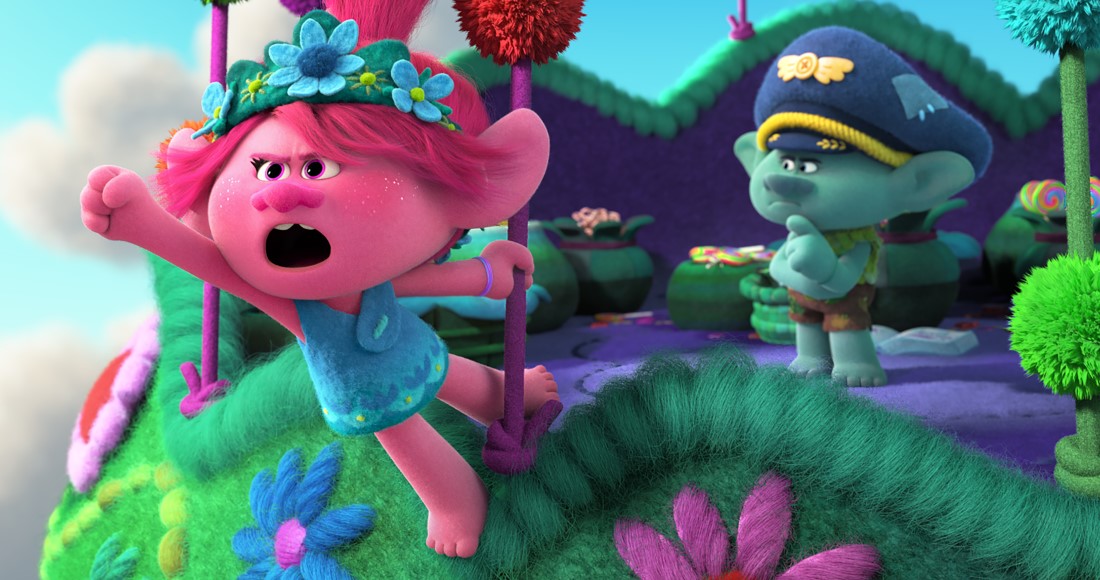 Following an early rental period, the film zooms straight in at the top on digital downloads. The sequel to Trolls (2016) stars the voices of Anna Kendrick, Justin Timberlake and Rachel Bloom alongside a huge list of music and television stars including Ozzy Osbourne, James Corden, Mary J. Blige and Kelly Clarkson.

In this follow-up to the hugely popular musical film, Queen Barb of the Hard Rock Trolls (Bloom) tries to take over the six Troll Kingdoms - Funk, Country, Techno, Classical, Pop and Rock – and it’s up to Queen Poppy (Kendrick) and her friends to unify all Trolls and save their kingdoms.

Frozen 2 climbs one place higher this week to Number 2, as Sonic the Hedgehog speeds into Number 3. Last week’s chart topper Military Wives drops to Number 4, and Birds of Prey and Joker sit in tandem at Number 5 and 6 respectively. Robert Downey, Jr.’s Dolittle drops from 5 to 7, and 1917 lands at Number 8.

Returning to the Top 10 for the first time in 2020, Marvel’s record-breaking Avengers: Endgame skyrockets to Number 9 this week following the release of a collector’s edition Steelbook. Finally, Le Mans ’66 climbs two to Number 10.