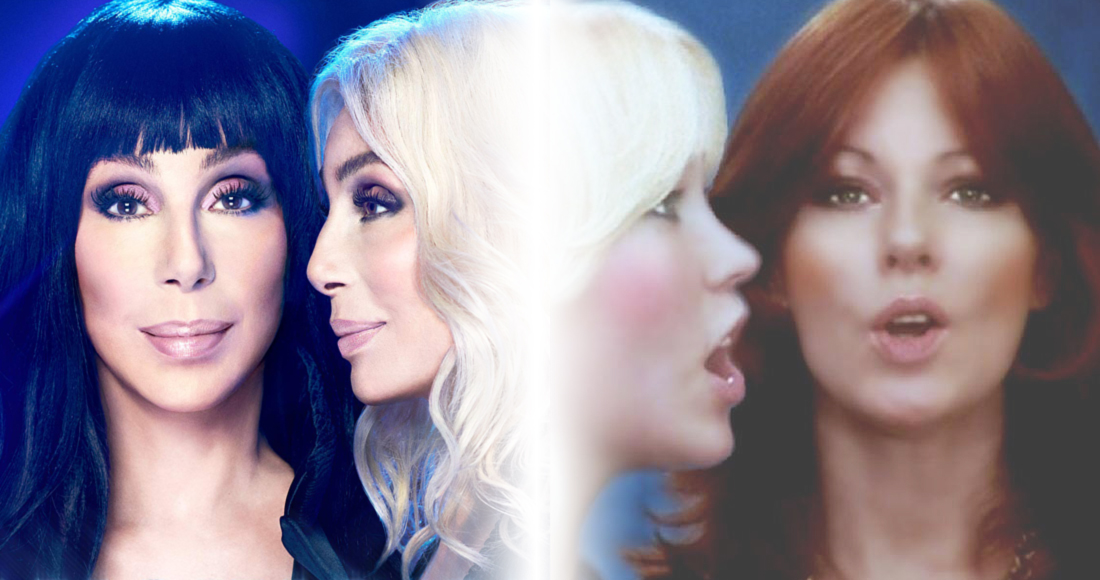 Cover versions are a huge part of pop music, with reimaginations and reinterpretations breathing new life into songs and introducing them to a new generation.

Cher's forthcoming Dancing Queen – her first studio album in five years – was inspired by her cameo in Mamma Mia: Here We Go Again, where Cher got to put her own stamp on classics Fernando and Super Trouper. Cher liked the experience so much she covered a glut of iconic ABBA hits, including SOS, Gimme Gimme Gimme! and Waterloo. As comedian David Morgan tweeted upon hearing the news: "A 45-year-old gay man found a dusty lamp in his attic. You won’t believe what happened next." Cher knows her audience. 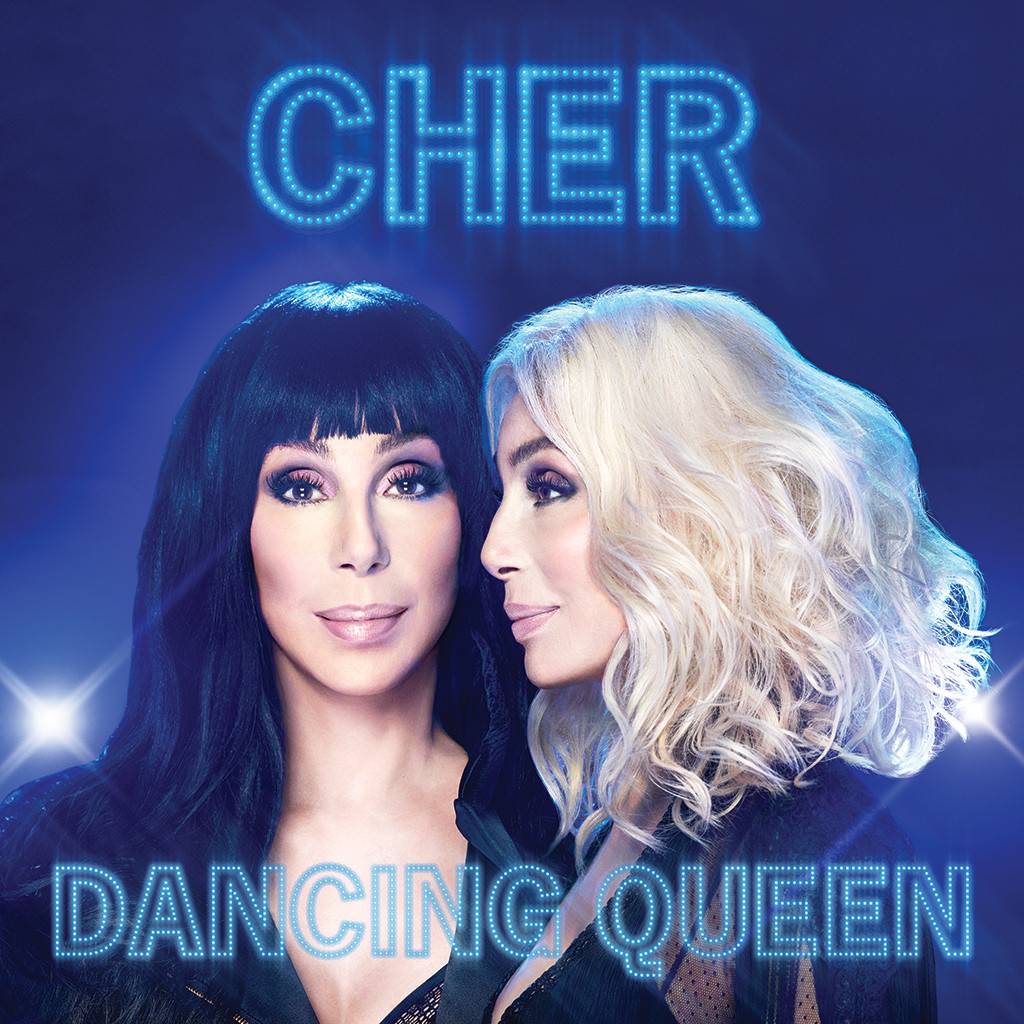 What better material to cover than your own boyband's? Former New Kid Jordan decided to update the tunes he'd sang night after night as a young pup, so in 2004, he released Jordan Knight Performs New Kids on the Block. The album featured some adventurous reswizzlings of NKOTB songs – plus a second disc of remixes – and while the results varied from sympathetic to startling, Jordan still sounded in good voice; it was like he'd never been away. You can listen to the album here.

The American singer-songwriter was so moved by Taylor Swift's career-defining 1989 album, he got straight to work recording a track-by-track cover of the entire thing. Released in September 2015, just 11 months after the original, Adams' reinterpretations were generally more downbeat – let's just say it was light on bangers – but Swifty voiced her approval, telling a radio show, "There’s this beautiful aching sadness and longing in this album that doesn’t exist in the original". Critics were divided, but Adams' version reached the Top 20 on the Official Albums Chart. 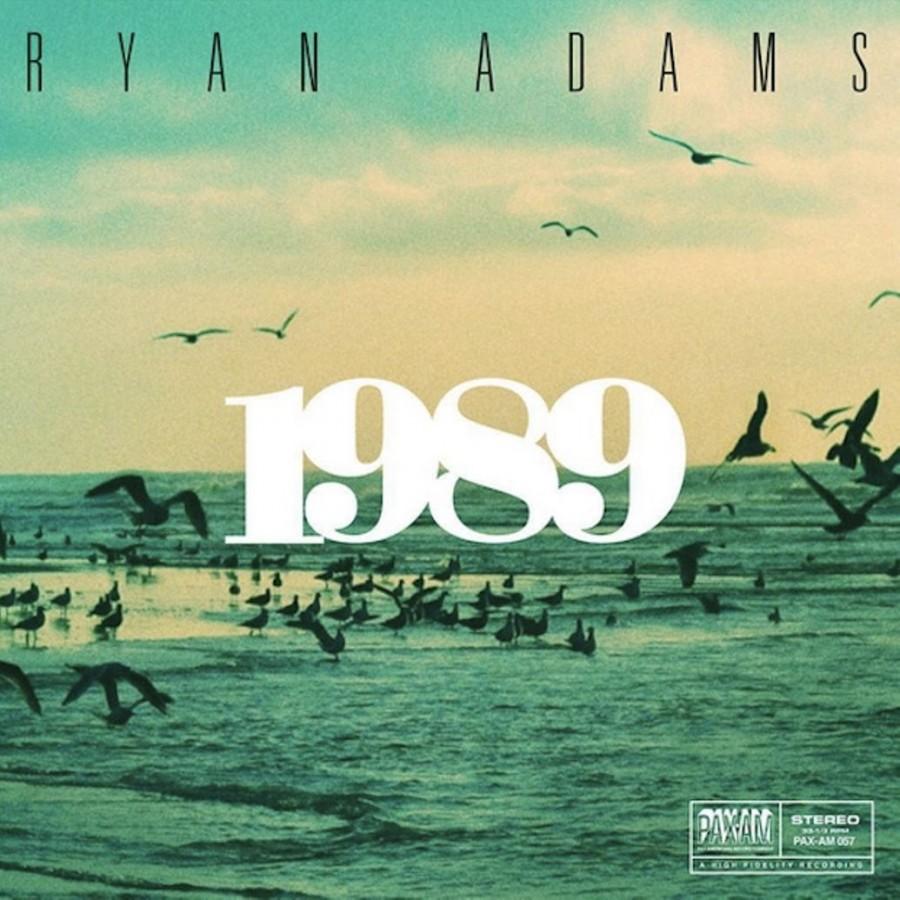 In 1962, aged just 12, Stevie released his second album, a set of Ray Charles covers. While Stevie was a huge fan of Ray when recording Tribute to Uncle Ray, it was more a marketing move. Like Stevie, Ray Charles was also visually impaired and Motown boss Berry Gordy thought it wouldn't do any harm to link them up in the public's imagination. Sadly the tone wasn't quite right for young Stevie – plus Ray's lack of sight wasn't exactly why people loved his music – and the album struggled commercially.

Former X Factor star Rebecca Ferguson wasn't the first to tackle iconic jazz star Billie Holiday's material. None other than Diana Ross recorded a number of songs, and gave an Oscar-nominated performance as Billie in a biopic, also called Lady Sings the Blues. Rebecca's set, which included classics Get Happy, My Man, and God Bless the Child, gave her a third Top 10 album, peaking at 7 in 2015. Read our interview with Rebecca about the record here. 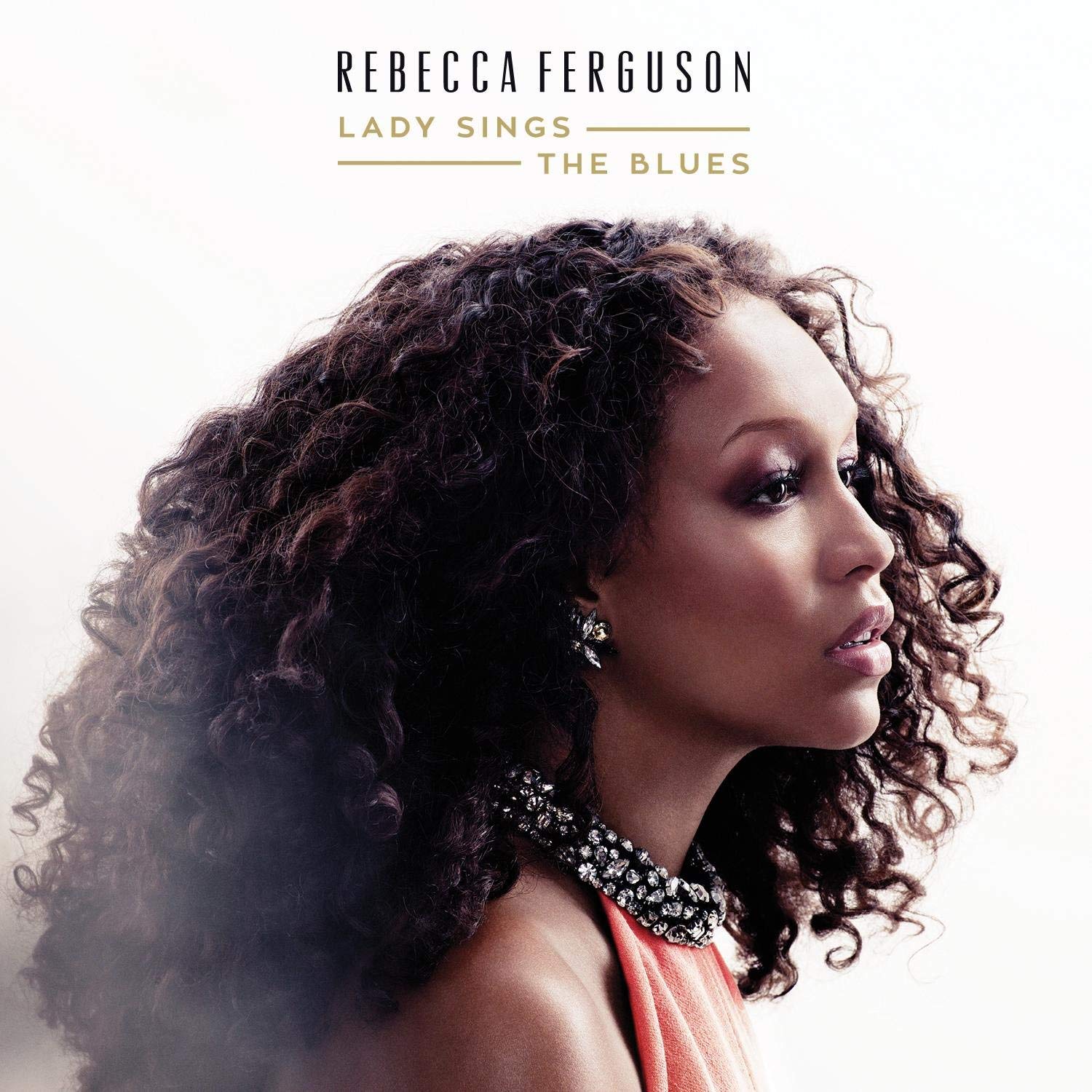 The accomplished actress gave music a go in 2008 with Anywhere I Lay My Head, a collection of covers dedicated to blues and rock singer-songwriter Tom Waits. Transforming Tom's tracks into a series of trippy, trancey tunes with ethereal vocals and, well, rather a lot going on, earned Scarlett Johansson her only Top 100 album on the Official Chart, peaking at 64.

One of the most enduring and successful songwriting partnership in music history, it was only a matter of time until the music of Elton John and co-writer Bernie Taupin got its own tribute – in fact, it's had more than one. First came Two Rooms, in 1991, featuring The Who, Eric Clapton (he shows up on these a lot), George Michael, Tina Turner and spawned a Number 12 hit from Kate Bush with her cover of Rocket Man. 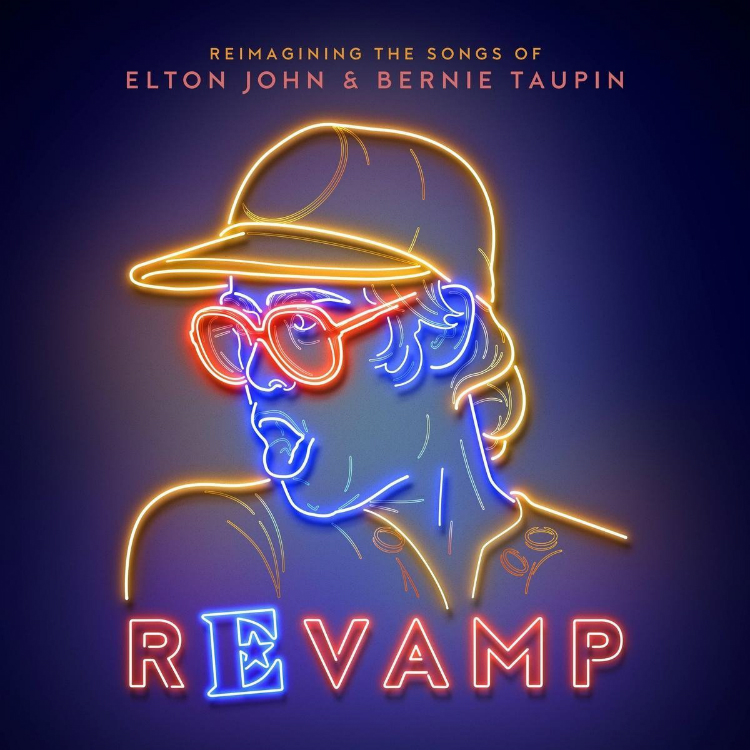 In 2018, Elton and Bernie's music came under the tribute microscope again, with two covers albums. Revamp featured an impressive pop lineup: Lady Gaga doing Your Song, Ed Sheeran, Florence + the Machine, Mary J Blige, The Killers, Sam Smith, and even Elton himself, teaming up with P!nk and Logic on a new version of Bennie and the Jets. Companion album Restoration was dubbed a "Nashville Edition" and given over to country artists like Lee Ann Womack, Little Big Town, Willie Nelson, and Emmylou Harris. Interestingly, Miley Cyrus appeared on both Revamp and Restoration, doing Don't Let the Sun Go Down on Me on one, and The Bitch is Back on the other.

One to make you pinch yourself to prove you're not dreaming, some of the leading lights of R&B and hip-hop got together in 2001 to record their versions of the former Genesis frontman's hits. The lineup boasted Brandy, Ray J, Lil' Kim, Kelis and Pharrell, ODB, Montell Jordan and, erm, Dane Bowers, among others and spawned a hit single when Brandy and Ray J's Another Day in Paradise, which peaked at Number 5. Unfortunately the album didn't take hold in the public's affections and it wasn't a commercial success.

While she was wowing the Eurovision juries as Australia's entry with The Sound of Silence, Dami Im was also in the middle of a campaign for third studio album Classic Carpenters, a tribute to the much-loved brother-sister duo Richard and Karen Carpenter, who scored 17 Top 40 hits in the UK before Karen passed away in 1983. Dami said of the project: "My intention wasn't to copy Karen's voice or her tone… I tried to bring out the joy and the innocence in the songs while trying to sing them as honest and raw as I could as Dami, rather than pretending to be someone else." Classic Carpenters was a big success in Dami's native Australia, peaking in the Top 3. 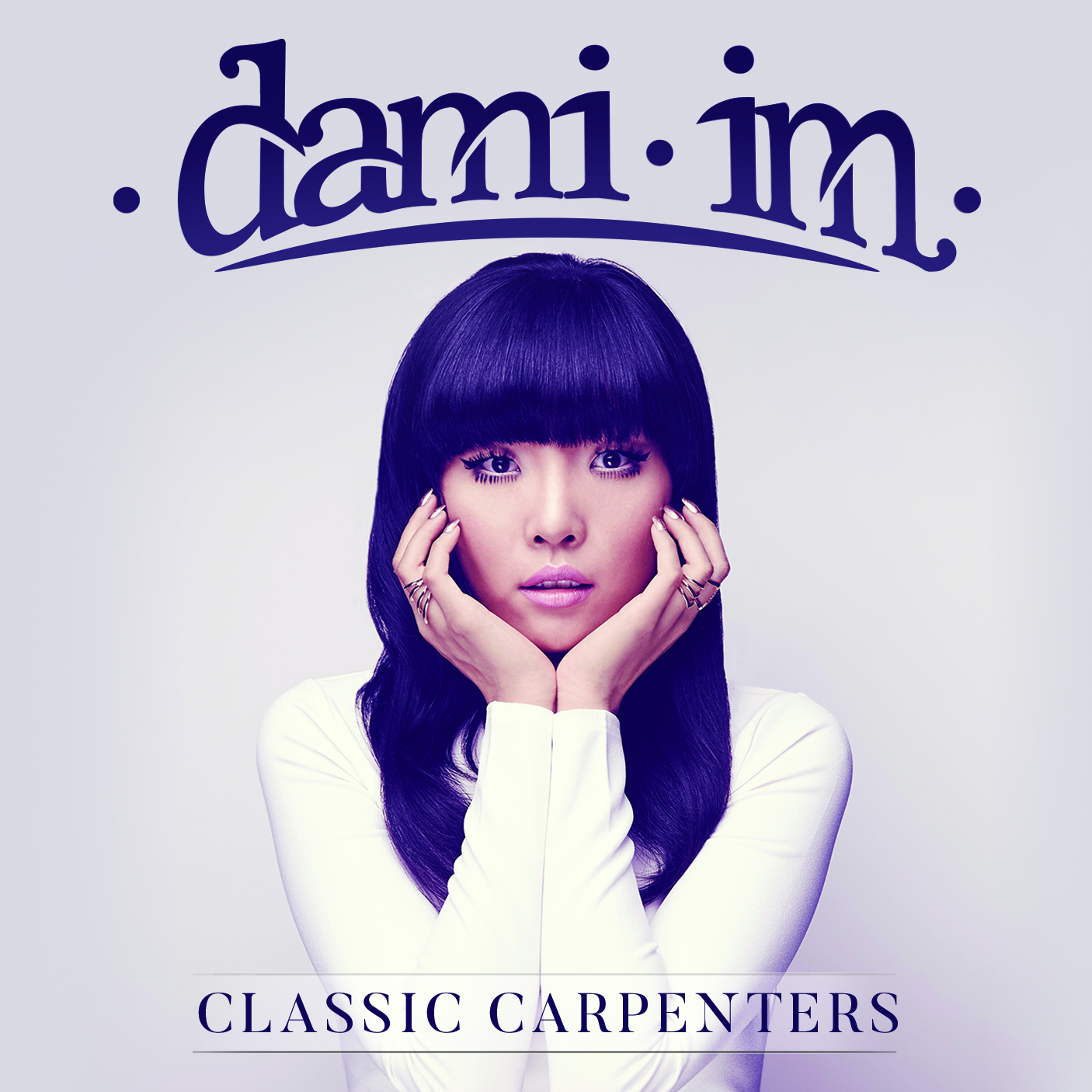 This collection of Queen covers, released in 2005, featured a variety of names, the biggest of which were perhaps Jason Mraz, the Flaming Lips, Josh Homme of QOTSA and Joss Stone. So popular is the band's million-selling single Bohemian Rhapsody that it was covered twice: tackled by Constantine Maroulis, who starred in We Will Rock You, and The Flaming Lips.

Tackling some of Madge's hits on this 1999 tribute were Loleatta Holloway, Heaven 17, Gene Loves Jezebel and a host of other unexpected artists. Holloway's Like A Prayer is quite something, and a drum and bass version of Bad Girl with Boy George on backing vocals adds to the overall strangeness. A second volume was released the following year featuring A Flock of Seagulls, among others. Packed with industrial, techno-heavy reinterpretations of her classics, Madonna is said to have absolutely loathed both albums. Just goes to show: don't go for second best, baby. 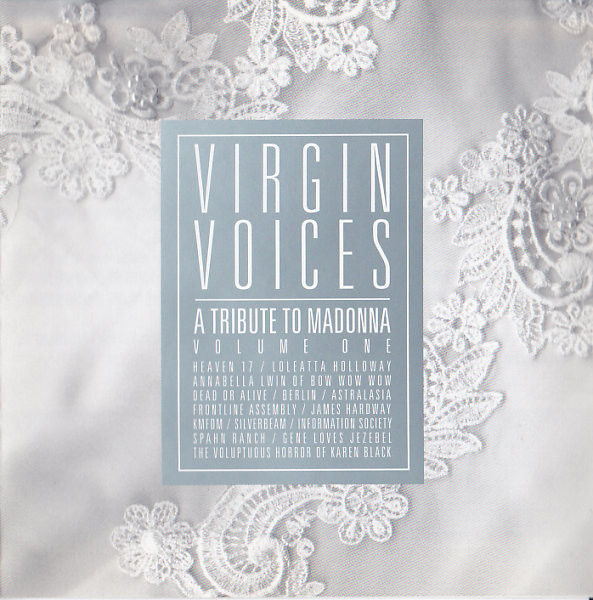 Not, thankfully, 90s techno reinventions of Buddy Holly's back catalogue, but a starry tribute album to the rock and roll icon who died in a place crash in 1959, aged just 22. Paul McCartney, Lou Reed, Florence and the Machine, CeeLo Green, and Patti Smith are among those whizzing through 20 of Buddy Holly's most endearing songs, some of which last less than two minutes. The album – named after one of Buddy's signature songs – was a Billboard Top 20 hit in 2011.

The US singer-songwriter switched things up for his third studio album in 2017, and landed a new personal best into the bargain. Rerecording Nat "King" Cole's hits with a full orchestra, Gregory Porter was clear the album wasn't trying to imitate. Gregory told OfficialCharts.com: "Inevitably when you do a tribute album somebody for one reason or another will make comparisons, 'Oh he’s no Nat King Cole', but I’m making a tribute and I’m honoured to sing the songs of one of my heroes." Nat "King" Cole And Me peaked at Number 3, giving Gregory his highest charting album in the UK so far. 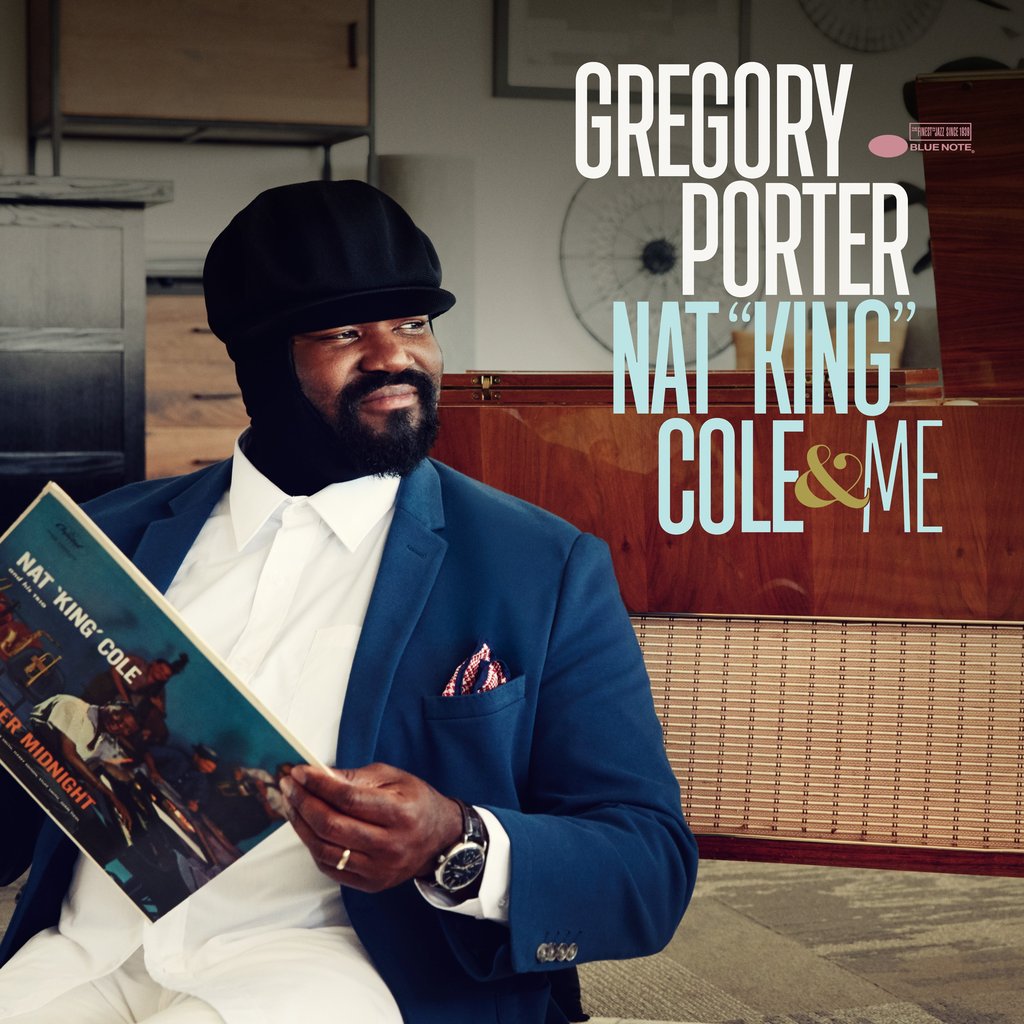 Another collection of high-profile stars came together in 1993 to pay homage to the guitar legend Jimi Hendrix. Eric Clapton, The Cure, and the Pretenders were among the names covering Jimi's classics like Purple Haze, Are You Experienced? and Crosstown Traffic.

The Art of McCartney – Paul McCartney

Few artists have a back catalogue as impressive or long-running as the record-breaking Paul McCartney, so any tribute album would have plenty of scope for material. Covering tracks from his days with the Beatles, Wings and as a solo artist, the project was apparently 11 years in the making. An eclectic mix of pop's greats give their reinterpretations of the classics: from Bee Gees' Barry Gibb taking on When I'm 64 to rocker Alice Cooper having a crack at Eleanor Rigby, it was certainly full of surprises.