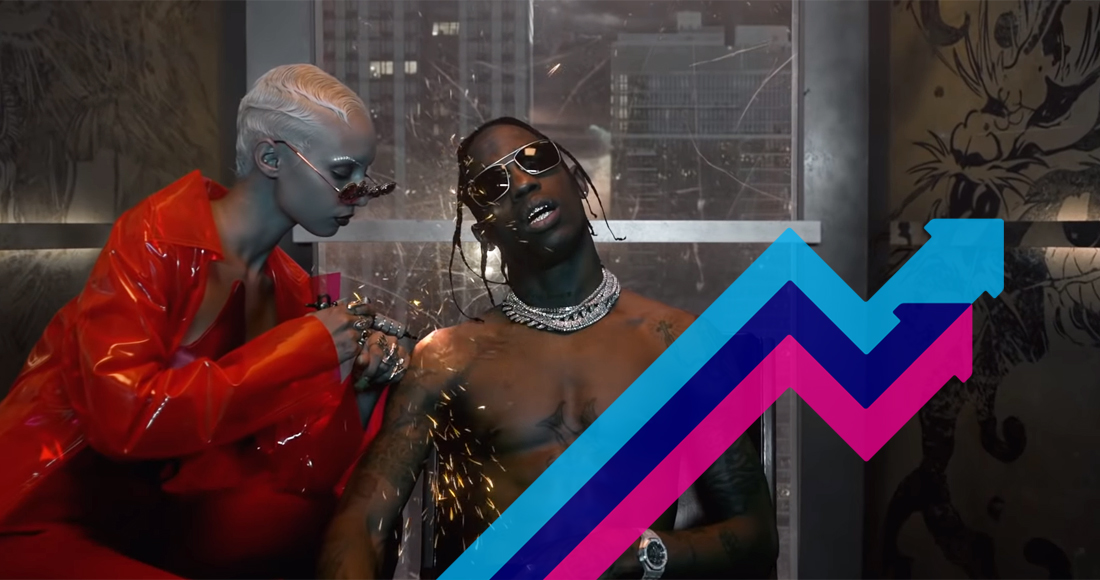 The US rapper released the track last Friday (Oct. 4) in the wake of his split with Kylie Jenner. The song is now challenging Tones and I's Dance Monkey for Number 1 on the UK's Official Singles Chart.

Highest in the Room is Travis' first headline single since 2018's Astroworld album, which reached Number 3 in the UK and includes the hit singles Sicko Mode and Stargazing.

Meanwhile, Dermot Kennedy features prominently in this week's trending Top 20 following the release of his debut album Without Fear, which is heading for Number 1 on the Official Albums Chart. Breakout song Outnumbered is set to enter the singles chart Top 10 this Friday (Oct. 11) after 17 weeks in the Top 100.

US country duo Dan + Shay are making waves with their new Justin Bieber collaboration 10,000 Hours, which was released in wake of Justin renewing his wedding vows with Hailey Baldwin. The song is on course to earn Dan + Shay their first UK hit following huge success in America since 2013.

Other brand-new singles landing in this week's Official Trending Chart include Niall Horan's Nice To Meet Ya, the lead track ahead of his second studio album in 2020, and Come Thru by Summer Walker, the US singer-songwriter's Usher collaboration that features on her debut album Over.