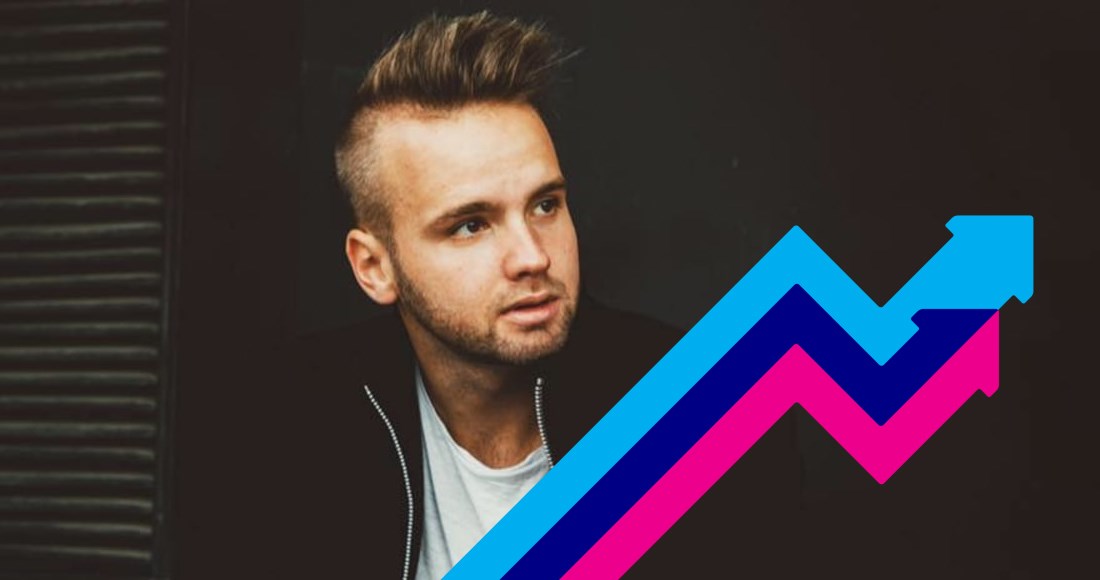 Rising dance anthem Breaking Me by producer Topic leads this week’s Official Trending Chart as it sets course for the Top 10.

Breaking Me has been climbing the Official Top 100 for seven weeks now, teetering on the edge of Top 10 glory at Number 22 on this week’s Official Singles Chart, but up five places midweek to Number 6.

It’s German DJ Topic’s first hit in the UK, and features fellow Official Chart newbie, Swedish singer A7S. Breaking Me was released at the end of 2019 and is one of many singles seeing a surge in popularity in part thanks to viral success on Tiktok.

If you’re after more Topic, he has a slew of previous singles that have made appearances in the German, Australian and Austrian charts – and just this week he remixed another song on this week’s Official Trending Chart, Surf Mesa’s ILY (I Love You Baby) which you can listen to here.

Elsewhere on this week’s Official Trending Chart, Tion Wayne, Dutchavelli and Stormzy are zooming ahead with I Dunno, potentially the biggest new entry on the Official Chart this Friday and set to make a Top 10 debut.

Lady Gaga makes two appearances this week with Blackpink collaboration Sour Candy, and Alice, which both feature on her new album Chromatica, which is in line to become her fourth chart-topping album in the UK.

Manchester-born rapper Aitch is trending this week with 30, taken from his new EP Polaris and potentially his ninth Top 40 single this week. Finally, Kygo and OneRepublic are making waves with Lose Somebody following the release of the Norwegian producer's new album Golden Hour.