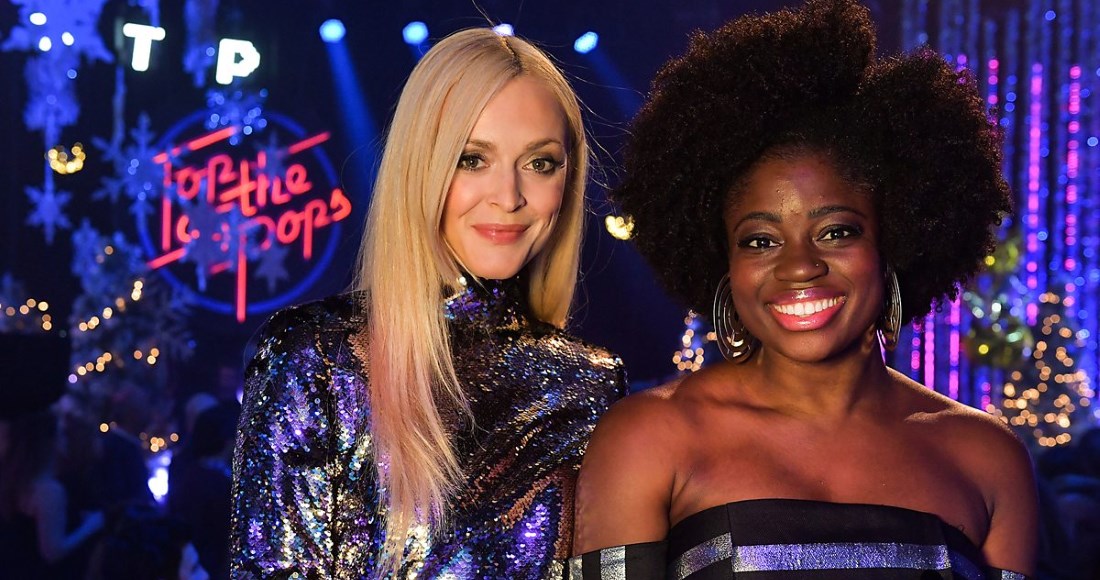 Top of the Pops is returning over the Christmas period, with 25 chart stars of 2018 performing on the iconic TV show.

Fearne Cotton and Clara Amfo will return as hosts for the two one-hour specials, which will air on Christmas Day and Saturday December 29.

Jess Glynne will perform on both festive editions after having arguably the biggest 2018 of any British popstar. Jess claimed two Number 1s on the Official Singles Chart this year, and also hit the top spot on the Official Albums Chart with her sophomore LP Always In Between. In capturing her seventh Official UK Number 1, Jess now boasts more chart-topping hits than any other solo British female in history.

George Ezra had a phenomenal year too, and will also appear on both TOTP episodes. George claimed his first ever Number 1 single with Shotgun, which was also named the UK's Official Song of the Summer. George's album Staying at Tamara's is also the best-selling album released in 2018.

After becoming the first British female to claim nine Top 5 hits, Rita Ora is returning to Top of the Pops for the second consecutive year, while Anne-Marie is also back following her debut album Speak Your Mind becoming the biggest debut release of 2018. Clean Bandit will also be on both instalments, appearing on TOTP for the third year running.

The likes of Rudimental, Jonas Blue, Jax Jones, Liam Payne, Christine and the Queens and Zara Larsson will also perform across the Christmas specials. View the full line-up below.