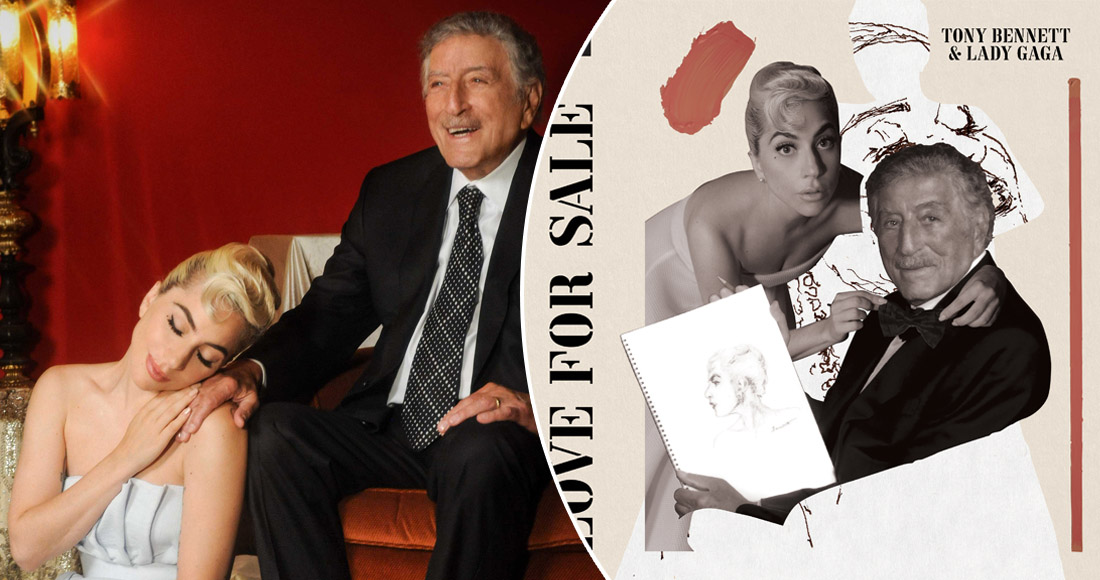 Tony Bennett and Lady Gaga have announced details of their new collaborative album Love For Sale and released its lead track I Get A Kick Out Of You.

The Cole Porter tribute album is released on October 1 and will be Bennett's last studio recording. Earlier this year it was revealed that the jazz artist has been suffering from Alzheimer's Disease since 2016.

The duo's rendition of I Get A Kick Out Of You was unveiled on Bennett's 95th birthday (August 3), ahead of the music video's premiere on August 6.

Love For Sale was recorded at Electric Lady Studios in New York, and is the second album from the duo, following 2015's Top 10 release Cheek To Cheek.

The album will include solo performances from both Bennett and Gaga as well as duets - the initial track list released (below) doesn’t indicate which are which.

Meanwhile, the album's artwork shows a photo of Bennett, known for his visual art over the years, holding up a sketch of Gaga.

MORE: Big collaboration albums - are two acts better than one?