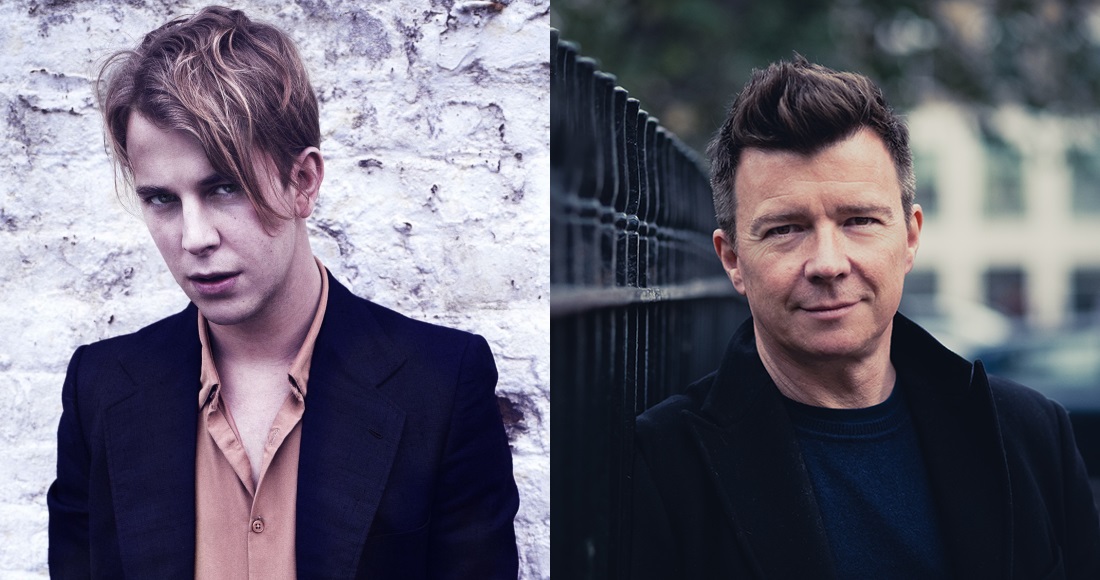 Tom Odell and Rick Astley are locking horns at the top of this week's Official Albums Chart.

Just 218 chart sales separate Tom and Rick on today's Official Albums Chart Update, with Tom taking the lead with Wrong Crowd. If Tom can hold on by Friday, it will be his second chart topper following 2013's Long Way Down. Rick's seventh studio album 50 (2) has the potential to be his highest charting record since his 1987 Number 1 debut Whenever You Need Somebody.

Sir Paul McCartney's fourth compilation album Pure McCartney is new at 3, with a special release of ELO's All Over The World - The Very Best Of up 131 places to Number 4 ahead of their Glastonbury legends slot. Another new entry from Californian rock band Rival Sons sits at 5 at the halfway point; Hollow Bones is on course to be their highest charting albums to date.

In addition to the four new entries within the Top 5, another twelve appear within the Top 40. The first is Beverley Knight's Soulsville, her eighth studio album. Featuring duets with Jamie Cullum and Jools Holland, it will be Beverley's highest charting collection if it can remain static or climb by Friday.

The Stone Roses' The Very Best Of leaps 77 places to 15 following the release of new single Beautiful Thing, and Beach Boys' Pet Sounds makes a massive gain, up 72 places to 17. Motorhead's thirteenth live album Clean Your Clock follows at 18, an album made up of their final ever recorded live performances.

Nick Jonas' Last Year Was Complicated is new at 19, while Band of Horses' Why Are You OK begins at 23. Phil Collins' reissued ...But Seriously enters at 26, new entry ..It's Too Late To Stop Now Vol. II, III, IV from Van Morrison is also brand new at 27, and Augustines' This Is Your Life lands at 28.

Finally, another Phil Collins reissue The Essential - Going Back starts at 31 and Spring King's Tell Me If You Like To closes out the new entries at 36.