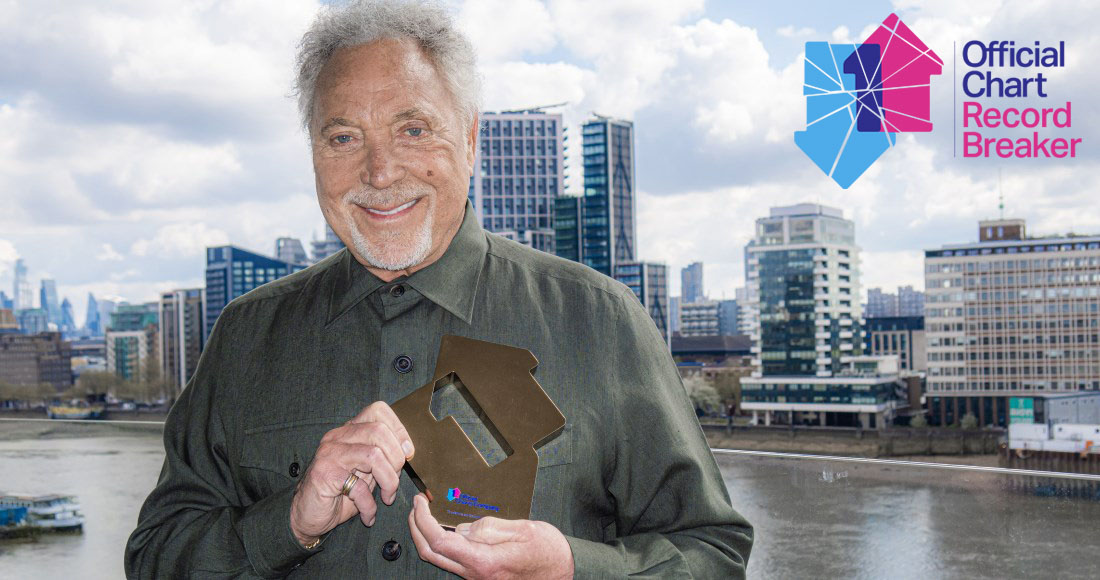 Sir Tom Jones reaffirms his status as a chart icon today as his new album Surrounded By Time lands straight in at Number 1 on the Official Albums Chart, setting a UK chart record.

At 80 years and 10 months old, Tom becomes the oldest male to claim a Number 1 album on the Official Albums Chart, and the oldest artist ever to do so with an album of new material, overtaking Bob Dylan, who topped the chart at 79 years old last June with Rough And Rowdy Ways.

The late Dame Vera Lynn holds the overall record with her greatest hits collection We’ll Meet Again – The Very Best Of, Number 1 in 2009 when Vera was 92. Read more on the oldest artists who ruled the Official Chart here.

Surrounded By Time is Tom’s fourth Number 1 album and his first since 1999’s Reload. He’s also the first Welsh soloist to land a UK chart-topper in nine years, since Marina & The Diamonds’ Electra Heart in 2012.

Celebrating the news, Sir Tom Jones told OfficialCharts.com: "I am thrilled beyond words with the reception for Surrounded By Time, and to now hold these UK chart records is tremendous, just unbelievable.

"I am so proud of everyone who helped me create this music, I had a ball working with them and to get this result is just incredible. It’s wonderful that the public has allowed me to be musically expressive at my time of life and have shown their support. I am forever grateful."

Just outside the Top 10, a 50th anniversary edition of John Lennon’s 1971 solo debut album Plastic Ono Band enters at Number 11. Similarly, a reissue of The Who’s third studio album The Who Sell Out lands at Number 15, and a reissue of ska band The Selecter’s 1980 album Too Much Pressure is new at Number 24 – and is this week’s best-selling album on vinyl.

Further down, alt-rock band Dinosaur Jr. claim their fifth Top 40 album with Sweep It Into Space at 29, Icelandic blues outfit Kaleo are new at 34 with Surface Sounds, and Sunderland rock band Field Music score their third Top 40 album with Flat White Moon at 36.