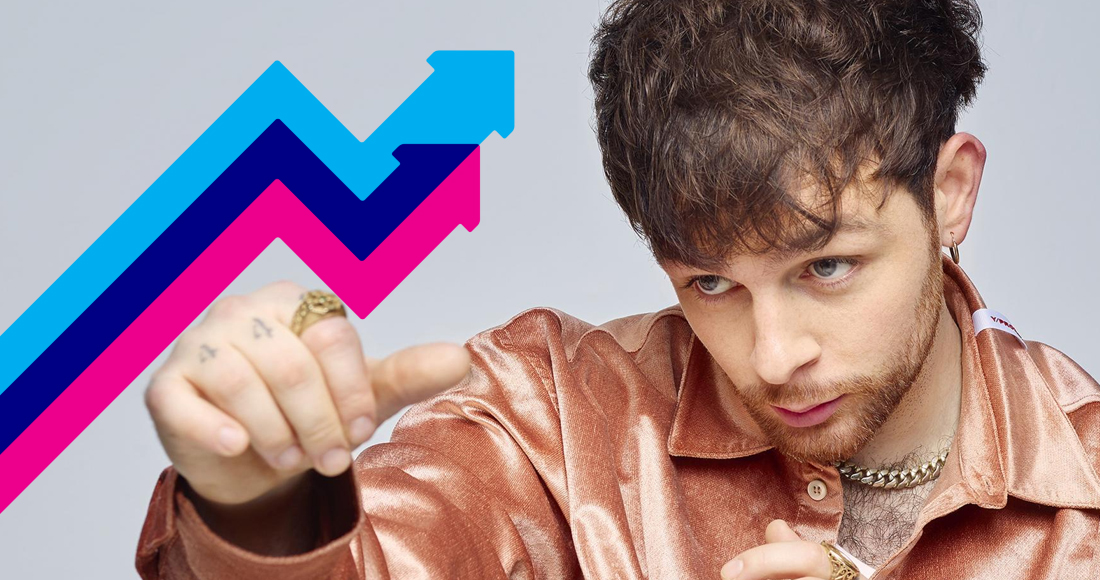 Tom Grennan lands the top trending song in the UK with Little Bit Of Love, which could become his first Top 10 on the Official Singles Chart this week.

Tom earned his first Number 1 album with Evering Road in mid-March, and now the album's fourth single - already the singer-songwriter's highest charting song as it stands at Number 13 - is set to climb six places to Number 7 on Friday, based on its midweek chart position. Another song of Tom's, Ella Henderson collab Let's Go Home Together, could also hit the Top 10 after jumping nine places midweek.

Several new releases are making waves this week, none more so than rapper and singer Lil Nas X's new single Montero (Call Me By Your Name), which has made a huge impact globally thanks to its headline-grabbing music video, directed by Ukrainian director Tanu Muino alongside Lil Nas X.

Other new entries include Good Without by British rising star Mimi Webb, Body by Russ Millions & Tion Wayne, and newly-released Taylor Swift song You All Over Me (From The Vault), which features country-pop singer Maren Morris.