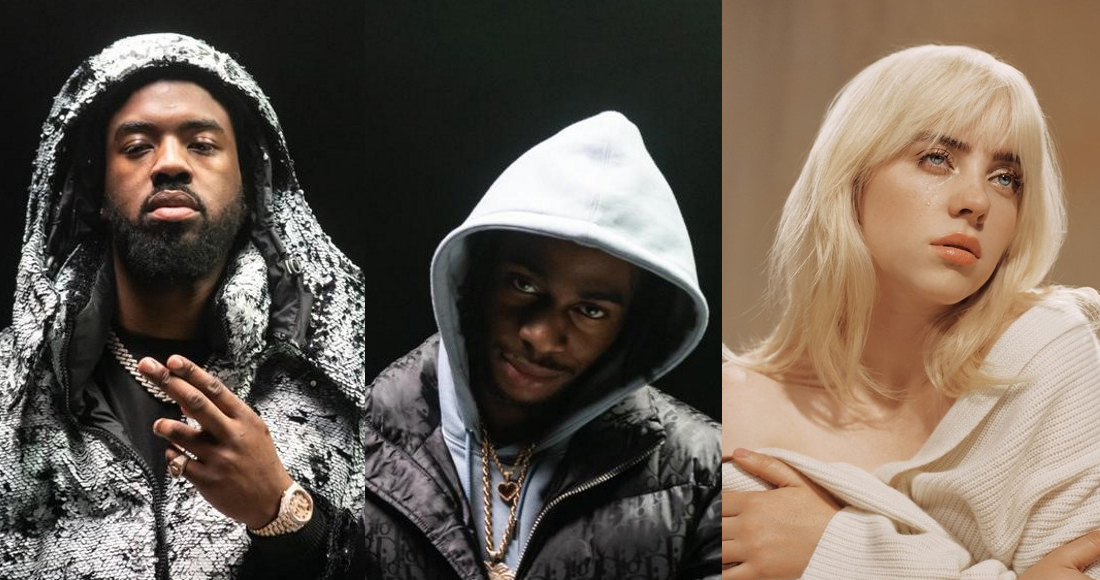 The track sits at the top of the Official Chart after 48 hours, though it’s currently just 100 chart sales ahead of the reigning five-week Number 1, Montero (Call Me By Your Name) by Lil Nas X, meaning it could be a photo finish on Friday’s chart.

Meanwhile, Billie Eilish returns with Your Power, which is on course to be this week’s highest new entry at Number 6 on the First Look. If it holds on it will mark Billie’s 7th UK Top 10 hit.

Lots of songs are eyeing up brand new peaks this week, including Friday by Riton, Nightcrawlers, Mufasa & Hypeman at 3, and Let’s Go Home Together by Ella Henderson & Tom Grennan at Number 9. The Weeknd’s Save Your Tears has flown ten places in just 48 hours following a new remix featuring Ariana Grande. Currently at Number 10, it could mark a new peak for the song if it stays on track.

Confetti by Little Mix is set to fly back into the chart thanks to a new remix with American rapper Saweetie, at Number 12 today, and Majestic & Boney M’s Rasputin remix is up four places to Number 17 at the earliest point.

Finally, Kylie Minogue & Dua Lipa land at Number 20 on the First Look with Real Groove following its release on vinyl. If it can hold on, it will be Kylie’s 52nd Top 40 and highest charting single since 2014, plus Dua Lipa’s 14th Top 20 single.

The final Official Chart Top 40 will be unveiled exclusively on BBC Radio 1’s Official Chart with Scott Mills this Friday from 4pm, with the full Official Singles Chart Top 100 pu­blished on OfficialCharts.com from 5.45pm.