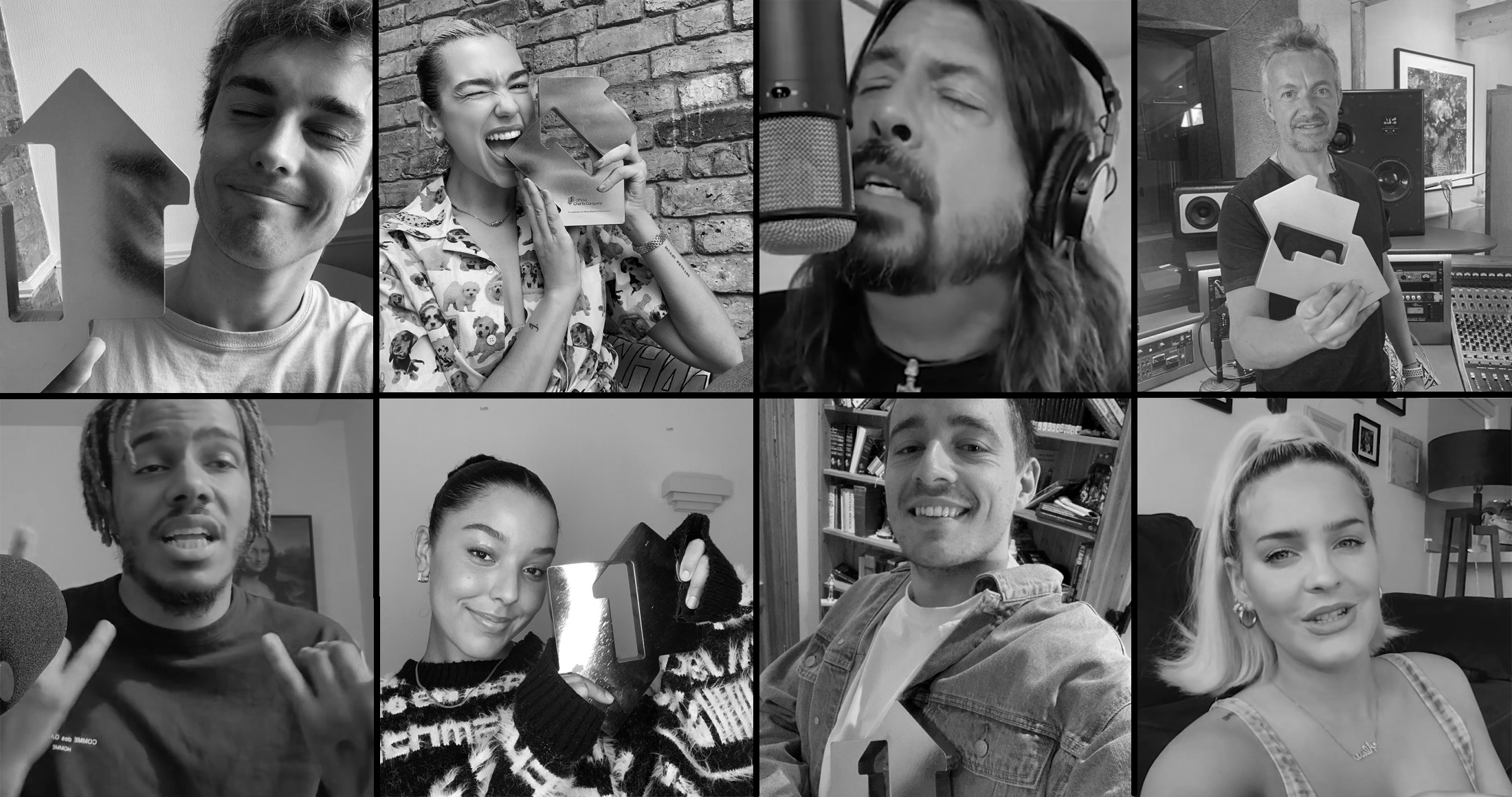 The rendition of Foo Fighters’ Times Like These, featuring a cast of big names including Dua Lipa, Chris Martin and Bastille, lifts from 5 to Number 1 with 66,000 chart sales this week – 78% of which were downloads.

The track was locked in a close battle all week with The Weeknd’s Blinding Lights, which finishes at Number 2, 3,000 chart sales behind the Radio 1 Live Lounge Allstars.

Times Like These premiered last Thursday on Radio 1, with the music video unveiled on BBC One’s Big Night In that evening. The track and video were recorded by all the musicians featured in lockdown, produced by Fraser T. Smith. Proceeds from sales and streams of the track will be split equally between Children in Need and Comic Relief to provide essential support to people across the UK who will be significantly impacted by the coronavirus crisis. 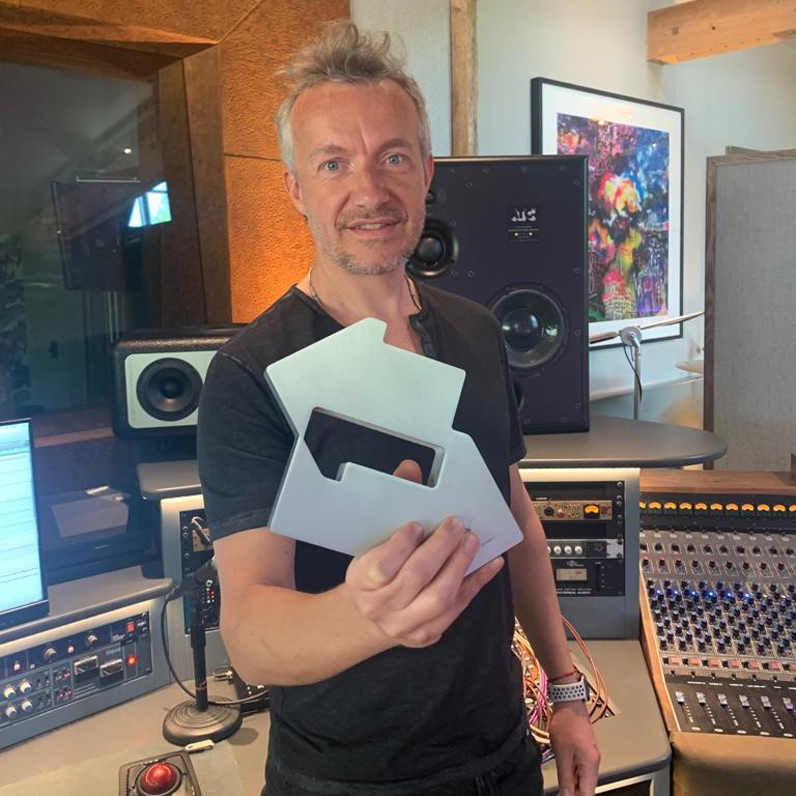 Speaking to OfficialCharts.com, Fraser T. Smith said: “To have produced this Number 1 with the Live Lounge Allstars means the world to me. Every artist stepped up to make this a truly soulful version of the Foo Fighters classic, and I want to thank the incredible Radio 1 team, DJ’s who have supported it, and everyone who’s downloaded and streamed this song to raise so much money for all the charities, in the fight against Covid-19.”

Dua Lipa told BBC Radio 1: “I was really emotional when I saw the final video with all the artists and hearing everybody come together. I’m so happy that we could come together to try to support a better cause.”

Chris Price, Head of Music, BBC Radio 1 & 1Xtra, added: “It’s wonderful to see the Stay Home Live Lounge connecting with so many people; that is has reached number one is testament to the power music has to bring people together in such challenging times. Thank you to Fraser T Smith, Foo Fighters and every single artist who threw themselves so generously into this extraordinary collaboration.”

Times Like These replaces Captain Tom Moore and Michael Ball’s You’ll Never Walk Alone at the summit, which raised money for the NHS. The last time a charity single replaced another charity single at Number 1 was six years ago, when Children In Need single Wake Me Up by Gareth Malone’s All Star Choir was knocked off the top by Band Aid 30’s Do They Know It’s Christmas? in November 2014. Look back over every UK Number 1 charity single here.

While seven Children In Need singles have reached Number 1 over the years, Times Like These is the first single by the BBC itself to reach Number 1 since Perfect Day in 1997.

It also becomes the first Foo Fighters song to reach Number 1 in the UK – their previous best was Number 4 with Best Of You in 2005. Times Like These originally peaked at Number 12 in 2003. View Foo Fighters' Official Chart history in full here.

Celebrating the news Foo Fighters' Dave Grohl said: “Humbled, with so much love for all my fellow artists and listeners. Please remember to support and donate to Comic Relief and Children In Need.”

Elsewhere on this week’s Official Singles Chart, YouTuber/boxer/rapper KSI scores his fourth Top 40 and highest charting single to date at Number 6 with Houdini ft. Swarmz & Tion Wayne, and The Scotts – a brand-new pairing of Travis Scott and Kid Cudi - is new at Number 11.

The 1975 claim their tenth and highest charting single to date at Number 14 with If You’re Too Shy (Let Me Know), and posthumous Juice Wrld single Righteous opens at Number 26.