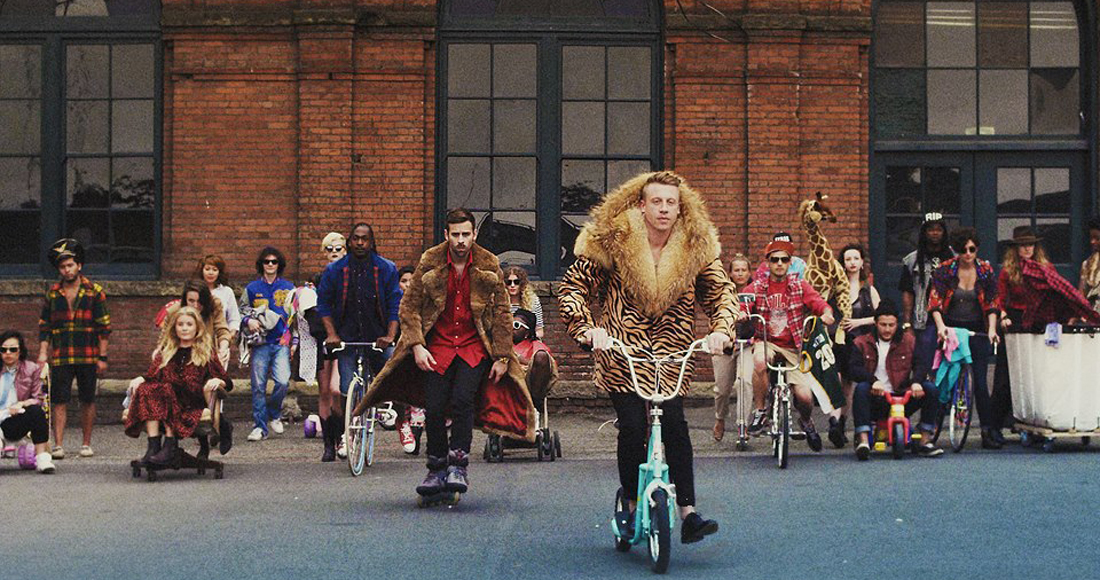 Macklemore and Ryan Lewis’ Thrift Shop tops the Official Streaming Chart for a fourth week in a row.

The UK’s love of charity shop bargain hunting – or at least a song pertaining to the joys of it – shows no sign of letting up as Macklemore and Ryan Lewis hold on to their Number 1 position on the Official Streaming Chart for a fourth consecutive week.

Avicii Vs Nicky Romero’s I Could Be The One holds firm at Number 2, while Justin Timberlake’s Mirrors, which topped the Official Singles Chart on Sunday, shoots up a massive 27 places from Number 30 to Number 3. This week’s Top 5 is completed by The Lumineers’ Ho Hey (Number 4) and Calvin Harris FT Tinie Tempah with Drinking From The Bottle (Number 5).

There are four new entries on this week’s Official Streaming Chart.

Bastille, who narrowly missed out on their first Official Singles Chart Number 1 on Sunday, crash into this week’s Top 10 at Number 8 with Pompeii. The band’s former single, Flaws, is one of this week’s highest climbers, up 30 places to Number 58.

P!nk is this week’s highest climber - up an impressive 45 places from Number 90 to Number 45 - with Just Give Me A Reason FT Fun. frontman Nate Ruess.

You can see the Official Streaming Chart Top 100 in full here.