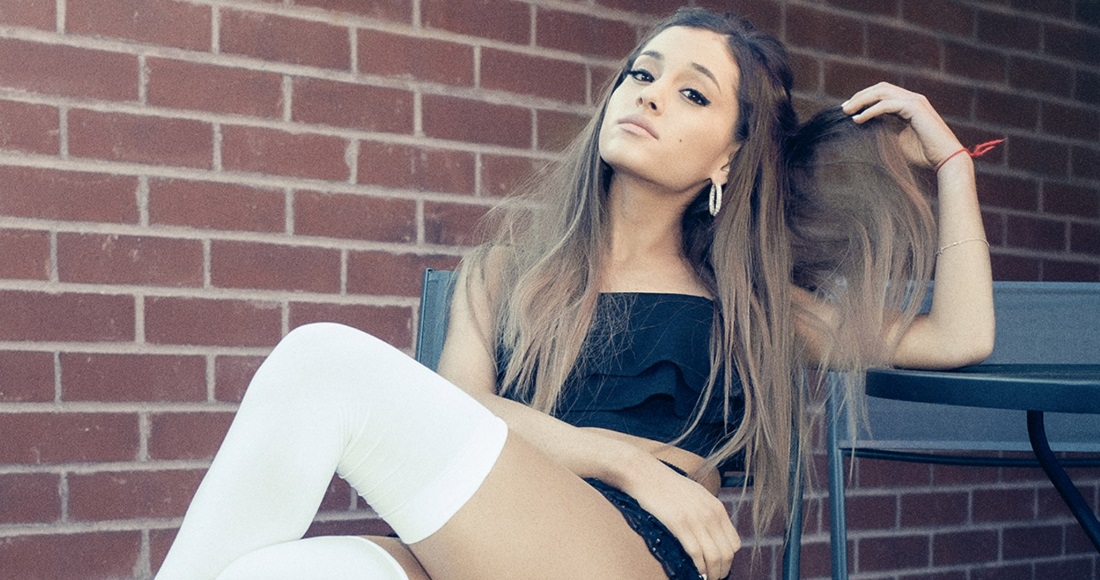 Audio streams will be included alongside sales in the UK’s Official Singles Chart for the first time this week. Here’s who’s in the running for Number 1…

A powerful array of acts are lining up to claim a place in history this week, as on-demand audio streams count alongside sales in the Official Singles Chart for the very first time.

Ed Sheeran, Ariana Grande, John Legend, Ella Henderson and DJ Fresh are all lining up to make a challenge for this week’s Official Top 10, after the Official Charts Company announced the historic decision last week.

The first Official Singles Chart Top 40 to incorporate streams will be unveiled from 4-7pm on Sunday, July 6 by BBC Radio 1, with the full Top 100 published on OfficialCharts.com at 7pm that evening.

The move means that any music fans streaming tracks via services such as Spotify, Deezer, Napster, O2 Tracks, Xbox Music, Sony's Music Unlimited and rara will see that listening count towards the Official Singles Chart. Sales of downloads and physical singles will also continue to count, with 100 streams being counted as the equivalent to one single/download sales.

Official Charts Company chief executive Martin Talbot says, “It has been a competitive few weeks in the Official Singles Chart – and this week looks to be no exception, as a string of singles compete to top the very first rundown with streams included. This is a significant moment in the history of the Official Charts – good luck to all the contenders. May the best track win!”

Here is an overview of the Top 10 contenders (in completely impartial alphabetical order) for this week’s historic Official Singles Chart Number 1 race:

Could Ariana Grande be on track for not only her first Official UK Top 40, but her first UK Number 1? Her ‘90s-style pop anthem, Problem, has all the makings of a chart topper, with its catchy saxophone loops and all-star line-up. Featuring Aussie rapper, Iggy Azalea and uncredited chorus vocals from US hip-hop star, Big Sean, Problem has already charted in the Top 5 in many countries, including Ariana and Iggy’s native, America and Australia, as well as Canada, Denmark, New Zealand, Sweden and Greece.

DJ Fresh and TC – Make U Bounce - NEW THIS WEEK

Fresh off the back (geddit?) of Top 5 single, Dibby Dibby Sound, with Jay Fay and Ms Dynamite, British DJ and producer, DJ Fresh is back with Make U Bounce VS TC. The track, which is a reworking of an old TC track, features uncredited vocals from London based singer/songwriter, Little Nikki, alongside infectious synth beats. With two Number 1s already under his belt (2011’s Louder FT Sian Evans and 2012’s Hot Right Now FT Rita Ora) can Make U Bounce, make Number 3 for DJ Fresh?

There’s no stopping Ed Sheeran at the moment: the 23-year-old British singer/songwriter went straight in at Number 1 on the Official Albums Chart yesterday with his new album, X, and in the process scored himself the fastest selling artist album of the year so far. Ed is also sitting pretty at Number 1 on the Official Streaming Chart today, with more than 1.35 million audio streams of his latest single, Sing. Don’t go betting against him.

After two weeks at Number 1, Ella Henderson’s debut single, Ghost, was knocked off the summit of the Official Singles Chart yesterday. The 18-year-old former X Factor star was pipped to the post by Oliver Heldens and Becky Hill’s Gecko (Overdrive) by a margin of just 3,500 copies. However, after clocking up more than 1.21 million streams in the last seven days, she could be poised to return to the top spot.

Ahead of a storming set at this year’s Glastonbury festival, 21-year-old singer/songwriter George Ezra scored his first Top 10 hit with Budapest last week. After holding its ground in the Top 5 for a second week running, and with his debut album, Wanted On Voyage out today, the single could be set to climb.

John Legend – All Of Me - OFFICIAL #9 THIS WEEK

The UK’s love affair with John Legend’s beautiful ode to his wife shows no sign of letting up any time soon. It’s spent 18 weeks in the Official Singles Chart Top 10, and is also one of the most streamed tracks of 2014, too, with over 16.9 million plays to date. Could this be the week it finally ascends to the summit?

Dutch rapper turned singer/songwriter Mr Probz made a real splash on the Official Singles Chart a few months ago, clocking up two weeks at Number 1 with his debut release on our shores, Waves. And with more than 13 million streams since it was released ten weeks ago, Waves’ momentum shows no sign of passing any time soon.

Sam Smith – Stay With Me - OFFICIAL #6 THIS WEEK

After topping the Official Singles Chart for the third time in a year, and scoring his first million seller with his collaboration with Naughty Boy, La La La, can Sam Smith make his mark on yet another historic chart moment? Since its stay at Number 1 last month, heart-breaking ballad, Stay With Me, has become Sam’s first Top 5 in the US as well as charting in the Top 5 in Australia, Belgium, Canada and New Zealand. The track has also been remixed featuring US superstar Mary J Blige and has been covered by Ed Sheeran in BBC Radio 1’s Live Lounge. Not bad, eh?

With a career spanning 17 years, reclusive Australian singer/songwriter Sia Furler has collaborated with everyone who’s anyone on planet pop: Beyonce to Kylie Minogue, Rihanna to Katy Perry, and Leona Lewis to Britney Spears. Her biggest UK hit to date was featuring on David Guetta’s 2012 Number 1 smash, Titanium. Could now be the time she steps into the spotlight and takes centre stage herself?